By Liam Dawe - 2 December 2013 at 10:21 am UTC | Views: 9,006
Elder Sign: Omens is a digital version of the popular board game by Fantasy Flight Games. Build a team of unique investigators and fight to keep an all-powerful Ancient One from invading our world! Explore museums, oceans, deserts and more for the arcane Elder Signs that will help seal the Ancient One away.

Greenlit by the Steam community, the award-winning mobile game Elder Sign: Omens is now available for Steam. This package includes all of the content from the mobile game including the premium paid expansion content.

Haven't heard of this one before, looks like a mobile game ported over to PC. Doesn't look that enticing to me either for fork out £11.99 which sounds quite expensive to me for this little indie game, especially since the trailer and screen-shots don't exactly show very much. 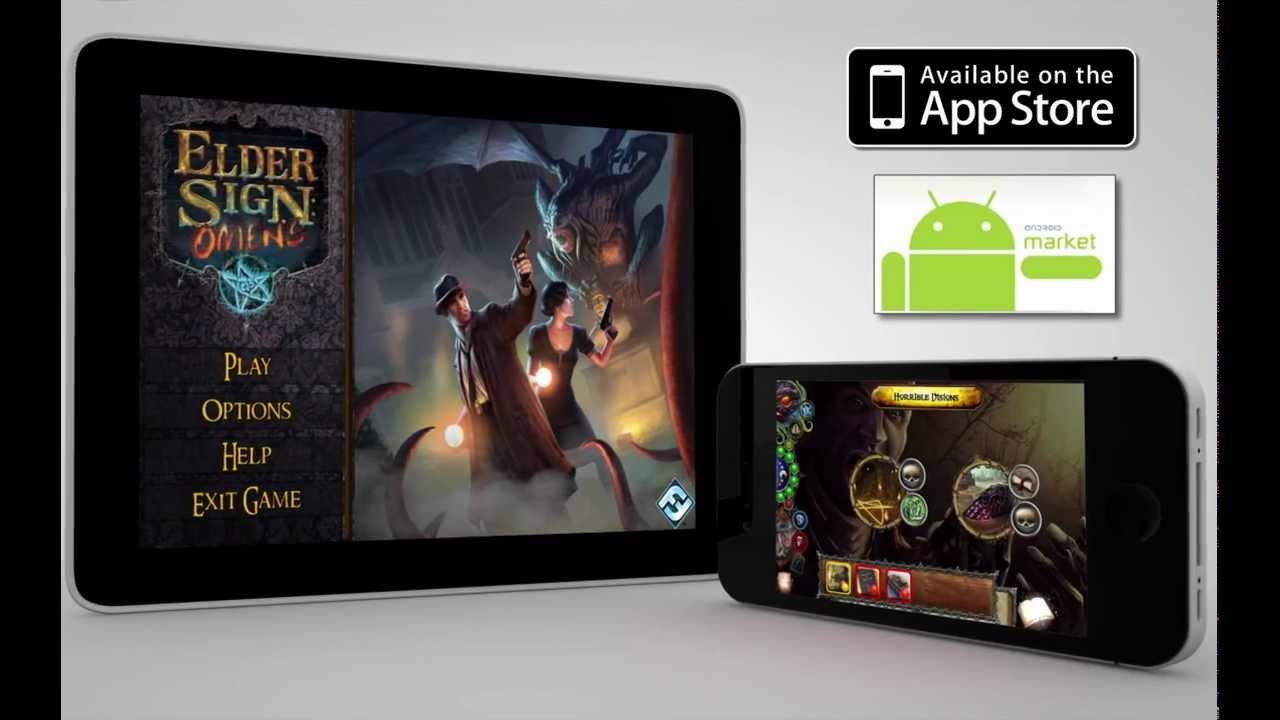 What do you think folks? Has anyone picked it up? Please tell us what you think. Article taken from GamingOnLinux.com.
Tags: Indie Game, Stealth, Strategy
0 Likes
Share

Hyeron 2 Dec, 2013
View PC info
I picked it up as soon as it came out. Already owned the Android version, albeit without the latest DLC. This one is exactly the same, all DLC included, and fit for glorious 1920x1080.
The price may seem a bit high indeed, but I don't think it's a problem for anyone into board games (see hereunder).

The art is as beautiful as ever (although the videos show typical compression artifacts), it's still as easy to pick up and infuriatingly unfair as it relies quite heavily on luck, one game lasts for around 1/2h, and it has all the replayability its origins induce.

Sure, they axed the final fights against the Great Old Ones, but the game is still highly enjoyable without them.
Best thing you can do if you're on the fence is check some board version gameplay on youtube or whatnot. :)

EDIT - Wait, "STEALTH"? Wrong tag is wrong. ^^
0 Likes
stan 4 Dec, 2013
I’m not buying a game that doesn’t have a demo; so many games have problems… (crashes, wrong rendering, slowness, locked in fullscreen with no alt-tab, playable only in qwerty, mouse movements way too slow or too fast…)

Exceptions:
- humble indie bundles because I can give all the money to a charity, then try the games, then pay the devs if the games work and are any fun.
- Metro: Last Light because I couldn’t resist :P (I don’t even have the hardware to play it yet, but had to grab it at 10€ a couple days ago.)

I’m astonished that the vast majority of games on steam don’t have demos. I suppose most people don’t have the problems I have with games.

(I guess that was a rant :). Not really related to this game…)
0 Likes

Quoting: Quote from stanI’m astonished that the vast majority of games on steam don’t have demos. I suppose most people don’t have the problems I have with games.

I agree with you, there should be more demos. Or, more Linux demos specifically - there seem to be many more Windows demos out there, likely due to the minuscule Liunx market, where (depending on many factors) it's often not even worth porting in the first place, let alone potentially losing a sale due to a bad demo (which historically has been proven to be the case, and I can vouch for that in my own first-hand purchase decisions).

Quoting: Quote from HyeronSure, they axed the final fights against the Great Old Ones, but the game is still highly enjoyable without them.

This game does still have the Great Old Ones in it, doesn't it? It's not lovecraftian with any mention of anything that could get them sued carefully left out, right?
0 Likes
While you're here, please consider supporting GamingOnLinux on: