Elsewhere is an in-development game of crafting, exploration and survival that could be interesting

For those who love their Minecraft-like games, Elsewhere from the developer of Hearthlands might be one to keep an eye on. Early days for it currently, so I will be keeping tabs on this one to see if they manage to make it into something special.

I actually quite liked Hearthlands, so I'm keen to see more from this developer. 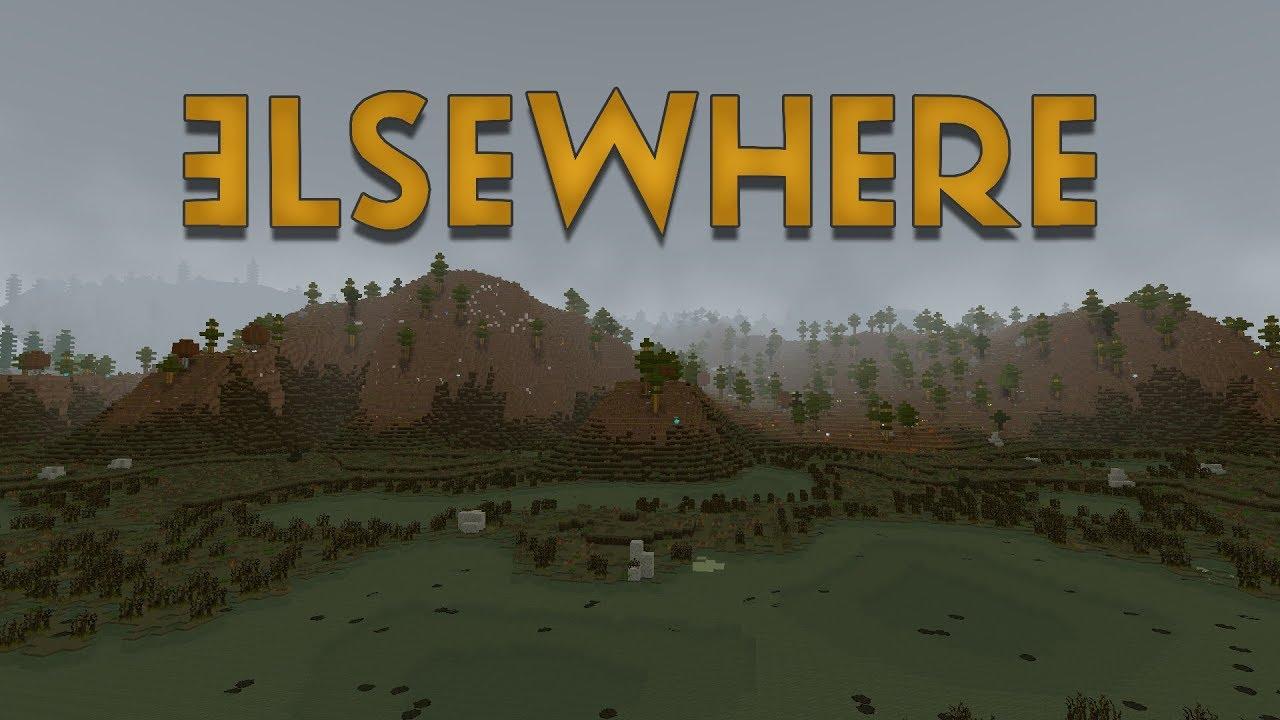 They already have quite a lot of it done, as they've been working on Elsewhere for "over 5 years". Features are already included like LAN multiplayer, procedural world generation, over 50 different biomes and sub-biomes, caverns, tons of vegetation, a day and night cycle, tools, farming and so on. They're also working towards survival aspects like health and hunger, adding in structures, monsters and animals, machines and automation, weather and so on.

Frankly though, they're going to need to give a good reason to play this over Minecraft or Minetest (with some mods). There's no getting around how similar it looks right now, so they need to explain what the differences are and why you might want to choose this when it's further developed.

See more on the official site. It does mention that Linux is supported but they've yet to give it a proper launcher, they said on Twitter you will need to edit the config manually for changing options until that's done.

View PC info
From the looks of the YouTube comments, the dev is pretty dismissive of "it looks like Minecraft/test with a few mods" comments. Which, given that it literally does look like that and all he's got is the promise that he's got other things in mind, seems a bit of a bad approach.
2 Likes, Who?

Quoting: NezchanFrom the looks of the YouTube comments, the dev is pretty dismissive of "it looks like Minecraft/test with a few mods" comments. Which, given that it literally does look like that and all he's got is the promise that he's got other things in mind, seems a bit of a bad approach.

I saw the comments, but I didn't really think they were dismissive. One was light-hearted about having a whiskey each time it was mentioned, the other they tried to explain their approach.

Still, I do think they need to explain why people might try their game, even if they're not really doing it to earn a ton of money if they want people to give it more than a second thought that isn't "oh it looks like Minecraft" they do need to explain why it's not.
0 Likes

View PC info
Minecraft got the formula so perfect, has such a distinctive visual style, and has so many gameplay-altering mods, that it's really hard to differentiate other voxel-terrain games from it. You don't get the same impression that all the battle royale games which are so popular right now are just ripping each other off in the way you always hear with Minecraft clones. Possibly because they aren't more or less forced into looking the same, people recognise that each one brings something different to the party.

But even something like Voxel Turf - which is a very different game - has trouble shaking the Minecraft comparison, let alone a game that looks as if it's just trying to be a better Minecraft. There really isn't anything wrong with that - game developers have been taking others' ideas and running with them since the '70s... and let's never forget Infiniminer - but somehow when anyone does it with Minecraft, it's “just a Minecraft clone”.

View PC info
I mean , like other people said not that different from Minecraft/Minetest.
And while Minetest is bare it is VERY easy to mod.
Curios what this will have to offer in the end. And might be a nice backup if Minecraft Java ever gets canned.
2 Likes, Who?

View PC info
Well, Minecraft has sorta stagnated in terms of innovation, at least in my opinion. If they can bring some fresh ideas to the table while retaining some of the basic elements than I'm all for it.
0 Likes

View PC info
I liked Hearthlands a lot, but i don't feel the appeal for this one. The one "Minecraft" game i'm actually willing to play now, it's Vintage Story.

It will all depend on what is unique about Elsewhere, but i start with a very low expectation. I'd have loved a DLC for Hearthlands, or Hearthlands 2, or anything "similar but better and more complete", instead.
0 Likes

View PC info
I haven't watched the trailer, yet I cant't help but think that not doing this with the Minetest game engine is a missed opportunity for everyone.

Go figure, I'm probably too much of an open-source nut at this point.
6 Likes, Who?

have buy the game for try im waiting to send me linux version :D
Is love lan games would be great to try this game ^^

View PC info
Looks exactly like Minetest with mods.
(I don't know how Minecraft looks and feels, i didn't play it)