Entroware have released another beast of a Laptop, worth looking into 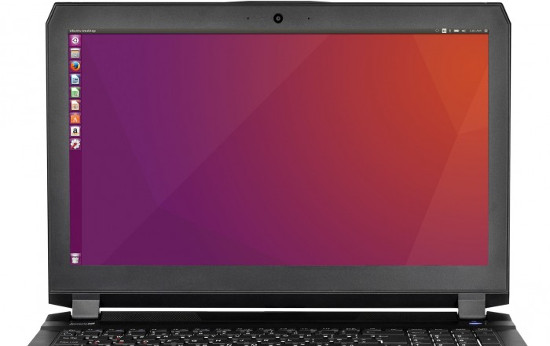 Entroware, the British (hooray!) Linux-focused hardware supplier have released the Athena and it's a bit of a beast.

It starts at £1,099 with a range of options to make it even more powerful. If that's not your thing, they do have other cheaper models as well of course.

What's so special about Entroware? They ship with either Ubuntu, Ubuntu Mate, or no operating system. They fully test and support their products with Linux, which is fantastic to see. They previously sent me the Proteus to look at and it was very impressive.

It annoyed me in the past when ordering a laptop from other stores that had some terrible wifi chips inside and generally acted weirdly with Linux, so it's fantastic to see Entroware stick around in the Linux space so I know exactly where I will be going for a laptop in future. They do also sell desktops and servers too, if that's what you're in the mood for.

Mountain Man 17 Jun, 2016
View PC info
I would love to replace my desktop with a high-end gaming laptop simply for the convenience and space-saving, but the fact that laptops are generally not upgradable is always the deal-killer. I can afford to upgrade my graphics card or CPU every few years. I can't afford a whole a new computer every few years.
4 Likes, Who?

laptops might save some space, but the ergonomics are compromised. use some extra gear to help that and the space is used up again. portability is really the only point for me (mostly bedroom <--> kitchen to be honest), I am quite happy with my mainframe being room sized and stationary.
a mobile VR gaming rig would be sweet though 8D

View PC info
i worked a couple of years for dell and i really tried to get into that touchpad and notebook keyboard thing; but i just cant; it would not safe any space for me as i still want my roccat kybd and mouse. a barebone would safe space maybe :-) naah im fine; notebooks suck...
0 Likes

mrmango 17 Jun, 2016
View PC info
I have the Athena, which is essentially a Clevo. Like the ones other Linux computer sellers use. It has a 970 and it doesn't chug for me. Yeah in a few the card will not seem that fast. But if you want laptop that works with Linux and is decent with games. The range looks like a good range in general :)
0 Likes

View PC info
Great to see that they have a proper European ISO keyboard! It's become quite the hunt these days to avoid the American miniature enter key!
0 Likes

Quoting: Mountain ManI would love to replace my desktop with a high-end gaming laptop simply for the convenience and space-saving, but the fact that laptops are generally not upgradable is always the deal-killer. I can afford to upgrade my graphics card or CPU every few years. I can't afford a whole a new computer every few years.

Hopefully with the new improvements coming from AMD's Zen we'll see laptops with desktop-grade processors soon. My dream laptop would be a small 12" laptop with an SSD, 16gb of RAM, and the ability to upgrade to the strongest APU available.
0 Likes

View PC info
What I love about their laptops is the fact that they are not throwaways. The RAM and hard drive can be replaced. So many laptops these days are using LP RAM that is soldered to the board and storage that can't be upgraded or replaced. I wish they had some models with an AMD APU but that's not a deal breaker. I'll keep them in mind when I need a laptop.
0 Likes

Quoting: mrmangoI have the Athena, which is essentially a Clevo. Like the ones other Linux computer sellers use. It has a 970 and it doesn't chug for me. Yeah in a few the card will not seem that fast. But if you want laptop that works with Linux and is decent with games. The range looks like a good range in general :)

Yep! I got the same exact laptop but in the 17in version. I recognize the bezels on the top of the screen, the case texture and the power button look and position. Got the same hardware too but with the GTX980m. In fact, it's the computer I'm using to type this message.

For my part, it works great and the perfs are awesome. Just had to make a rollback on the gpu driver because of texture applications problems (SoM where characters had no bodies, just a floating head...) and it didn't work with Ubuntu 16.04 ootb. Mir or KDE refused to start and I was left with the desktop background without any menus. KDE was even worst, I was left with a frozen screen with an underscore. Could'nt even access the terminal. So I decided to stick to Ubuntu 14.04. Has it been fixed?
0 Likes

View PC info
I like how the super key is an Ubuntu logo! :D
1 Likes, Who?
1/3»
While you're here, please consider supporting GamingOnLinux on: