EVERSPACE expansion released, will work on Linux soon and it's coming to GOG

Good news for fans of EVERSPACE [Steam, Official Site], as the DLC has released today and it should work on Linux soon. Also, the Linux version will come to GOG. 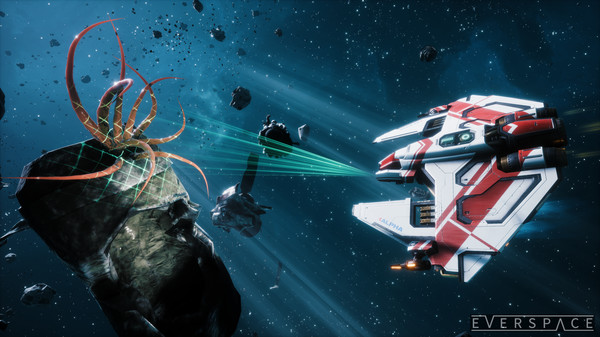 The new DLC named Encounters, adds in a new medium fighter craft, five new quest lines with new characters to meet, six new primary and secondary weapons and more devices like an EMP Generator and Decoy Holograms. On top of that, there's also new G&B factory stations, new skins and finally even more achievements to hunt down and secure.

With the game being unofficially released on Steam (downloads, but no SteamOS icon), I was curious to know with the DLC release today if the Linux version would see get access. So I spoke with the developer on Twitter about the DLC + Linux support and they said:

Should go live unofficially on Steam later today. To release officially and also on GOG we first have to migrate the whole project to UE4.17

To make it absolutely clear, I also asked them directly about GOG + Linux support and they said:

Hopefully those of you wanting it on GOG will be rather pleased about this news. It's great that more people will be able to enjoy it, since it is damn fun!

See also: My thoughts on EVERSPACE.

Article taken from GamingOnLinux.com.
Tags: Action, DLC, GOG, Steam
10 Likes, Who?
We do often include affiliate links to earn us some pennies. We are currently affiliated with GOG and Humble Store. See more here.
About the author - Liam Dawe

View PC info
These devs have my deep respect for their efforts, and once it lands on GOG I'll be shooting lasers a whole weekend. If anyone from Rockfish is reading this, thank you :-)
5 Likes, Who?

View PC info
I'll be throwing my wallet at the screen as soon as GOG+Linux is up ^_^
3 Likes, Who?

Plintslîcho 24 Oct, 2017
View PC info
Great news! As soon as the game lands on GOG.com I'll finally pick it up.

Quoting: Avehicle7887These devs have my deep respect for their efforts

View PC info
Works for linux now. (on STEAM, don´t know about GOG) I´ve started playing it a little, the new ship seems pretty neat and I am really looking forward to checking out the new storylines.

View PC info
Current Steam version is DRM free (you can play it even if Steam is not running), so you don't have to wait for GoG release if you want to buy it.

About the game, is excellent. I kinda prefered AstroKill controls at the begenning, but after playing way a lot of time this last weeks, I think that Everspace is far more complete and enjoyable by the moment.
1 Likes, Who?

View PC info
Nice! Will buy it on gog.
0 Likes

View PC info
Just got this a few days ago, and boy does it look pretty. I'm still struggling to control my hypersensitive spaceship in combat, but I suppose that'll come with time. :)
0 Likes

View PC info
Will buy this game on the next sale. (;
0 Likes

Quoting: x_wingCurrent Steam version is DRM free (you can play it even if Steam is not running), so you don't have to wait for GoG release if you want to buy it

That may be the case. But I like GOG as a business and want to support them, so my $$ is going their way.
0 Likes
1/3»
While you're here, please consider supporting GamingOnLinux on: