I've given Evolvation [Steam] for a little spin, but right now it's still in development and it has issues to be aware of. 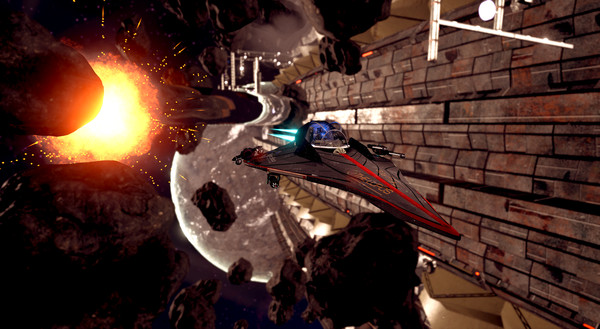 As for other issues: When it asked me to pick a control configuration, I clicked an option and the screen just wouldn't go away. I had to restart the game to get rid of it. It also gave me a black screen when I tried to do the AI tutorial mission.

The game is in Early Access, so I will let them off the hook for not having a fully populated and polished game right now.

The main issue is that we have more and more of these space arena games coming along and none of them really have any players, so I don't really see this one being any different.

It's not doing anything massively different to hook people in and it's not the best looking as well. It has nice shots on Steam, sure, but those are really good shots compared to how the Linux version looks and feels.

Unless it gains a bunch of people regularly playing online, I wouldn't bother with it right now.

I am the owner of GamingOnLinux. After discovering Linux back in the days of Mandrake in 2003, I constantly came back to check on the progress of Linux until Ubuntu appeared on the scene and it helped me to really love it. You can reach me easily by emailing GamingOnLinux directly.
See more from me
Some you may have missed, popular articles from the last month:
The comments on this article are closed.
4 comments
zikzak 16 Jan, 2017
Steam only, too bad, I pass.
0 Likes
Kuduzkehpan 16 Jan, 2017

DMJC 17 Jan, 2017
View PC info
Someone needs to make a new Freespace style game. Put a decent plot in it and ship it with a mission editor. That's what made Freespace 2 last so long. Decent modding tools. Without that any space game that's not AAA is going to suffer the same fate as this game.
2 Likes, Who?
zikzak 27 Mar, 2017

Quoting: DMJCSomeone needs to make a new Freespace style game. Put a decent plot in it and ship it with a mission editor. That's what made Freespace 2 last so long. Decent modding tools. Without that any space game that's not AAA is going to suffer the same fate as this game.

Waiting for this one: http://www.wingsofstnazaire.com/
1 Likes, Who?
While you're here, please consider supporting GamingOnLinux on: