Exploration Adventure Game 'Else Heart.Break()' Released DRM Free And On Steam For Linux

By flesk - 25 September 2015 at 11:50 pm UTC | Views: 11,748
Else Heart.Break() is a surreal adventure game with exploration and hacking that feels very different from most things I've played. Just take a look at this trailer: 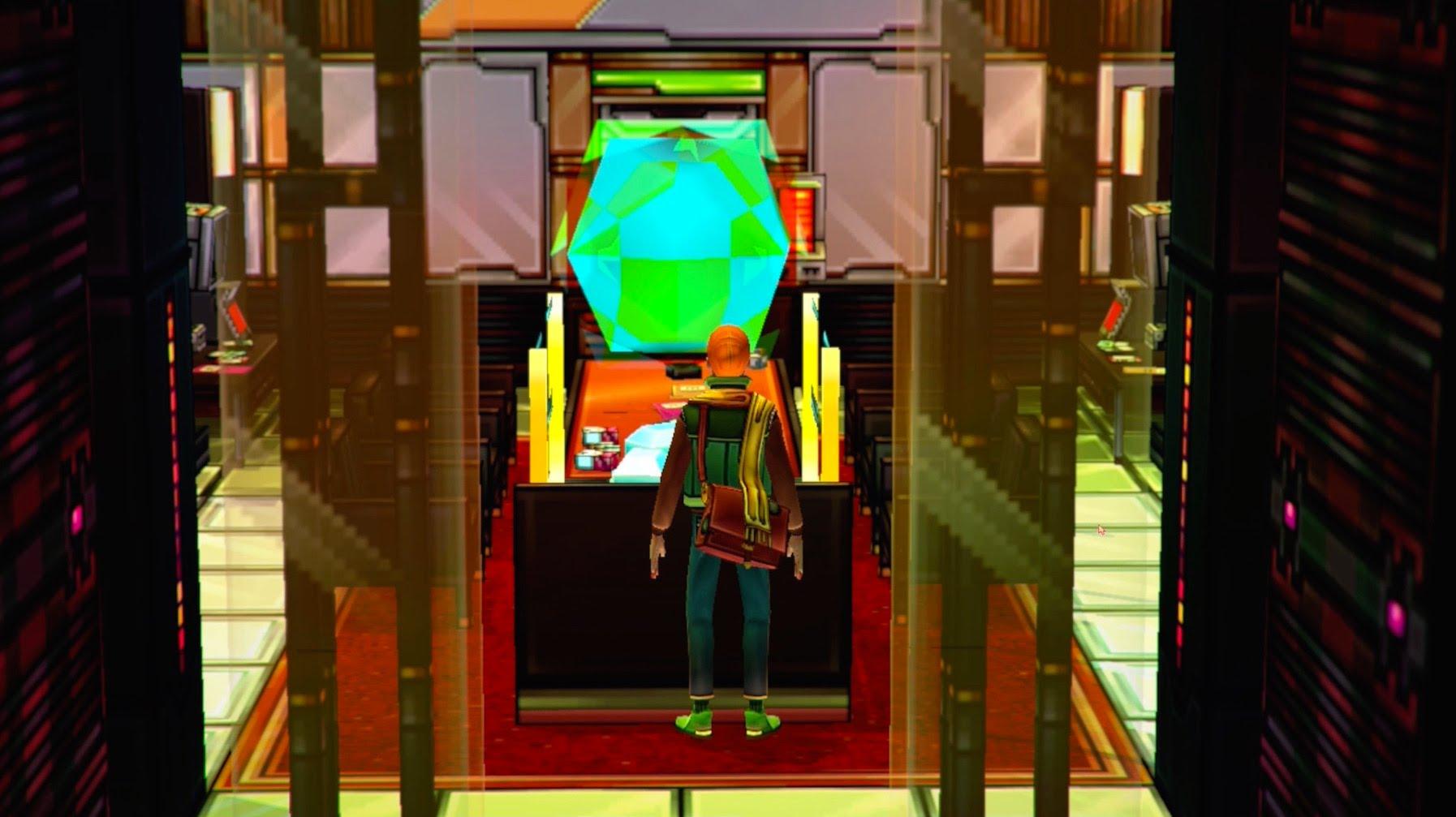 YouTube videos require cookies, you must accept their cookies to view. View cookie preferences.
Accept Cookies & Show   Direct Link
You take on the role of the young Sebastian, who gets a job as a soda salesman in the remote and strange city of Dorisburg. The city is vast, with plenty of large indoor areas, and just tracking down your new employer proves to be a challenge. I spent my first hour of playing trying to find my way around the city and talking to everyone I met, without any real sense of my objective, so the game is a bit of a slow burner. It's apparent that a lot of work has gone into making an interesting city with many venues for exploration and interactions though, so if you enjoy a game world you can get lost in, this game seems like it might fit the bill.

Dorisburg is littered with items to pick up and use for interactions, and if adventure games have taught you to pick up anything that's not bolted down, that will prove to be a challenge in this game. I've found different types of drinks, tobacco, maps, screwdrivers, keys, lots of floppies, and the most interesting thing so far; a device that lets you hack into virtually every object that can be interacted with in the game. This is also where the most meaningful gameplay element comes into play, as hacking an object lets you rewrite the code of that object. I haven't been able to make much progress with this game mechanic so far, but I've at least found that I can use it to manipulate a crime story minigame and to fast travel from place to place.

The biggest issue I'm having so far is that it's very easy to get lost in Dorisburg. There are maps which show you the basic layout of the city, along with some points of interest, but the maps are a bit rough and don't display your current position. There are also lots of signposts to help you get around, and even computer terminals you can use to search for directions. This hasn't helped me in finding back to the warehouse of the soda company where I'm supposed to go though, after I got sidetracked trying to solve a side quest given to me by a stranger on the street. I'm hopeful that this becomes less of an issue as I familiarize myself with the city, and so far I'm having a lot of fun just exploring.

I haven't experienced any technical issues with the game, except for a minor pathfinding issue, but some Linux users have reported an issue with lighting on the Steam forums for the game.

Sebastian has just landed his first job in the distant city of Dorisburg. He moves there to start his adult life and figure out who he really wants to be. Among a strange collection of people, hackers and activists he finds some true friends – perhaps even love. But can they stop the terrible deeds of the people ruling the city? And who will get their heart broken in the end?”

Else Heart.Break() is a reimagination of the adventure game: a fantastic story set in a fully dynamic and interactive world. Instead of rigid puzzles you will learn (with the help from other characters in the game) how the reality of the game can be changed through programming and how any problem can be solved in whatever way you find suitable.

From the creators of Blueberry Garden, Clairvoyance and Kometen, a new and unforgettable adventure!

I run the Hidden Linux Gems group on Steam, where we highlight good indie games for Linux that we feel deserve more attention.
See more from me
Some you may have missed, popular articles from the last month:
The comments on this article are closed.
13 comments
Page: 1/2»

View PC info
Seems really cool. Hope the game is as much fun as it sounds. I'll be sure to pick this up, as soon as I clear my backlog (and workload) a bit.
1 Likes, Who?

STEAM itself aint a DRM as most STEAM-hates says so

25 days in offline mode on STEAM and even GTA V aint asking me to connect...

At least try harder as good as some haters spit the word "monopoly".

I have seen the game on Steam’s home page for a few days, but hadn’t given much thought about it probably due to the relatively high price and the lack of a demo. But now I have to say this trailer makes me want to play it! Great music, original graphics, and you get to change the programs ingame? Seems pretty cool.
1 Likes, Who?
Ignis 26 Sep, 2015

Quoting: metro2033fanboySTEAM itself aint a DRM

Quoting: metro2033fanboyThere are tons of DRM-free on STEAM.

I'm not changing the title of the article, and I'm not discussing it here. Fight it out on the forums.
3 Likes, Who?

For what it’s worth, "DRM-free and on Steam" does not say if the Steam version is DRM-free or not, nor if it’s released elsewhere than on Steam.
2 Likes, Who?

Quoting: stanFor what it’s worth, "DRM-free and on Steam" does not say if the Steam version is DRM-free or not, nor if it’s released elsewhere than on Steam.

Quoting: fleskI'm not changing the title of the articlethe forums.

I don't think I've asked anything of the sort.
1 Likes, Who?

Quoting: metro2033fanboyThere are tons of DRM-free games on STEAM. VALVE games for one!

Quoting: metro2033fanboyThere are tons of DRM-free games on STEAM. VALVE games for one!


Valve's own games use Steamworks DRM.

Aint a real DRM as it doesnt force people to be connected!
0 Likes
1/2»
While you're here, please consider supporting GamingOnLinux on: