Explore an alien world in the Koruldia Heritage, a pixel-painted adventure RPG

The pixel-painted adventure RPG Koruldia Heritage sound pretty unique, not just because of the art style but the battle system too sounds awesome.

Currently crowdfunding on Kickstarter, with a base goal of £10K they've already managed over half with 26 days left to go. I will be honest, this is probably one of the most interesting crowdfunded games I've seen all year. 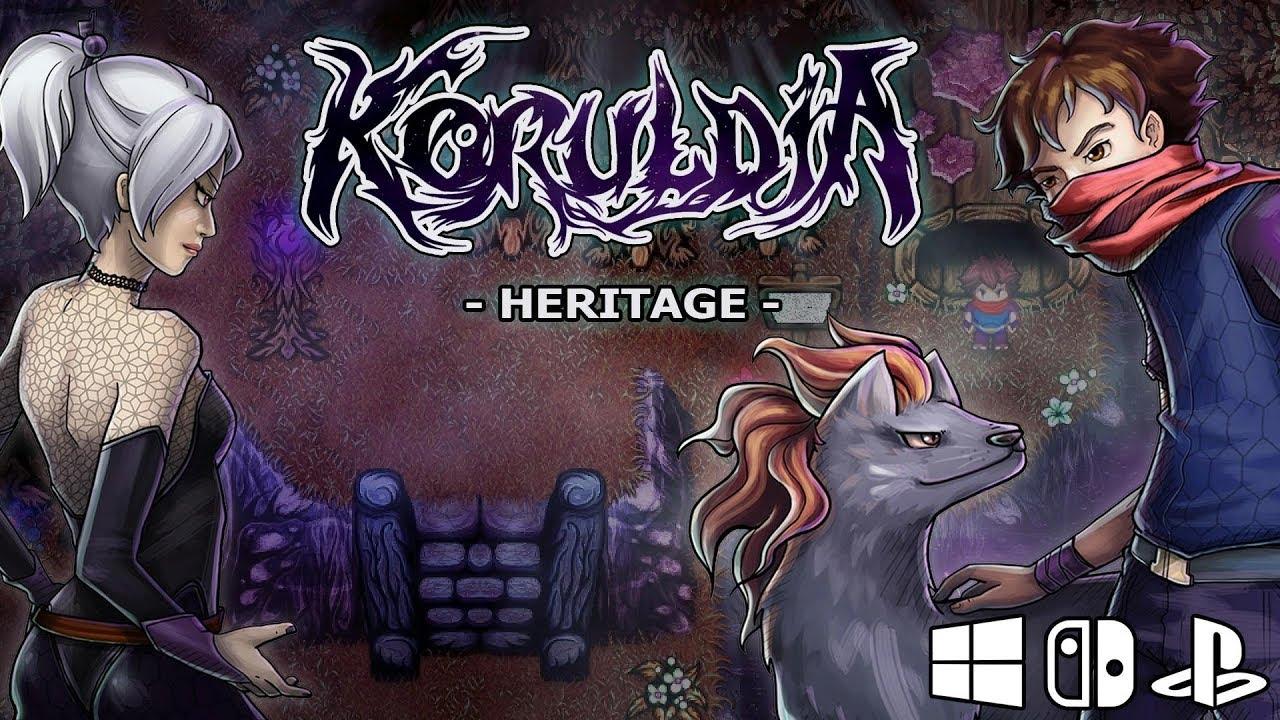 The battle system has me quite interested, since it will give you the ability to hack encounters and end them peacefully. On top of that, in a lot of games you will have to repeat battles with weak enemies when encountered but not in this game. Instead, on the map you give them a quick swipe to remove them and no time wasted.

In regards to the art-style, the way they're doing it is quite awesome. While it has a pixel style, like a lot of indie games, they're not limiting themselves. When making the art, the use a "free-hand technique with multiple brushstrokes accumulating opacity through stylus pressure" and I have to admit it looks cool with this gif:

When asked about Linux support, here's what they told us:

Yes, Linux/Mac/Win are simultaneous and part of the same “base computer release”, it’s easier for us to just say “base PC” and use a Windows logo to save space on the picture but we do mean the 3 types of computers here indeed.

We use technologies that natively support Linux as a game export, no problem with a day one release on that platform, for example, even the base “Early Bird Steam Key” is compatible with Linux as well.
Hope this will help clear things out. :)

View PC info
A weird and interesting mix. Both 3d and pixel graphics. I noticed both turn based and action combat. The only thing that really triggered me was the clunky camera movements in those 3d transitions. Of course, the real value of this will be determined by writing, which is a bit hard to judge right now.
0 Likes

View PC info
I'm not a fan of those weird camera movements, and what we're able to see in the trailer of the turn-based combat doesn't look like it has much impact. There don't seem to be much weight in any of the moves so it ends up looking kinda dull in that respect.

The walking around the world stuff looks okay, and the action combat looks pretty standard. I gather you're stuck with a pre-made main character, which is kind of a turn-off for me. Maybe worth keeping an eye on, depending on hos it develops.
0 Likes
Kayz 22 Nov, 2018
Thank you for your comments and feedbacks, I’ll try to answer your questions here.

Well, the first attack we see in the trailer is a “COMPASSION” type so it’s a bit normal that it lacks impact in order to feel non-violent. It will need some polish anyway you’re right, some added SFX and visual feedbacks would go a long way.

As for the second one I agree it would be possible to make it more impactful with some good old tricks like a 1 frame pause, shaking the screen or showing a shockwave. The thing is, it’s the most basic “PREDATION” attack and if even that one looks already too fancy it might lower the impact of the more powerful ones? I’ll see what I can do.

About the camera you guys mention, please keep in mind the camera in the game is intradiegetic (it’s a real entity within the game) as you can guess from the final dialogue. It’s a bit hard to explain without taking the time in the game to immerge the player in a slow burn though.
That being said, 3D movement seems prevalent in the trailer (because it’s a trailer) but it won’t happen very often in the game considering you spend most of your time… Playing it ;) those are more like occasional and short cut-scenes.
6 Likes, Who?