Descenders is an extreme downhill free-riding game currently in Early Access and their first major update just went live. I've been quite a big fan of it, as it showed a massive amount of promise at the initial release.

I held off on covering this update right away, since the released version of the update broke the 64bit Linux version. Nearly a week later and no fix, so here's how you can fix it manually:

Right click on it in your Steam library and go to properties, then hit the Local Files tab up the top and press Browse Local Files… once there, open the Descenders_Data folder, go into the Plugins folder and delete "libfmod.so".

I've personally tested it and everything works as expected once you do that.

They're calling this the "Rogue-Bike" update, as they've made your progression through the map a lot more interesting and more random. The start and finish are randomly placed now, the introduction of special nodes like the one pictured below and a proper day and night cycle as you progress. 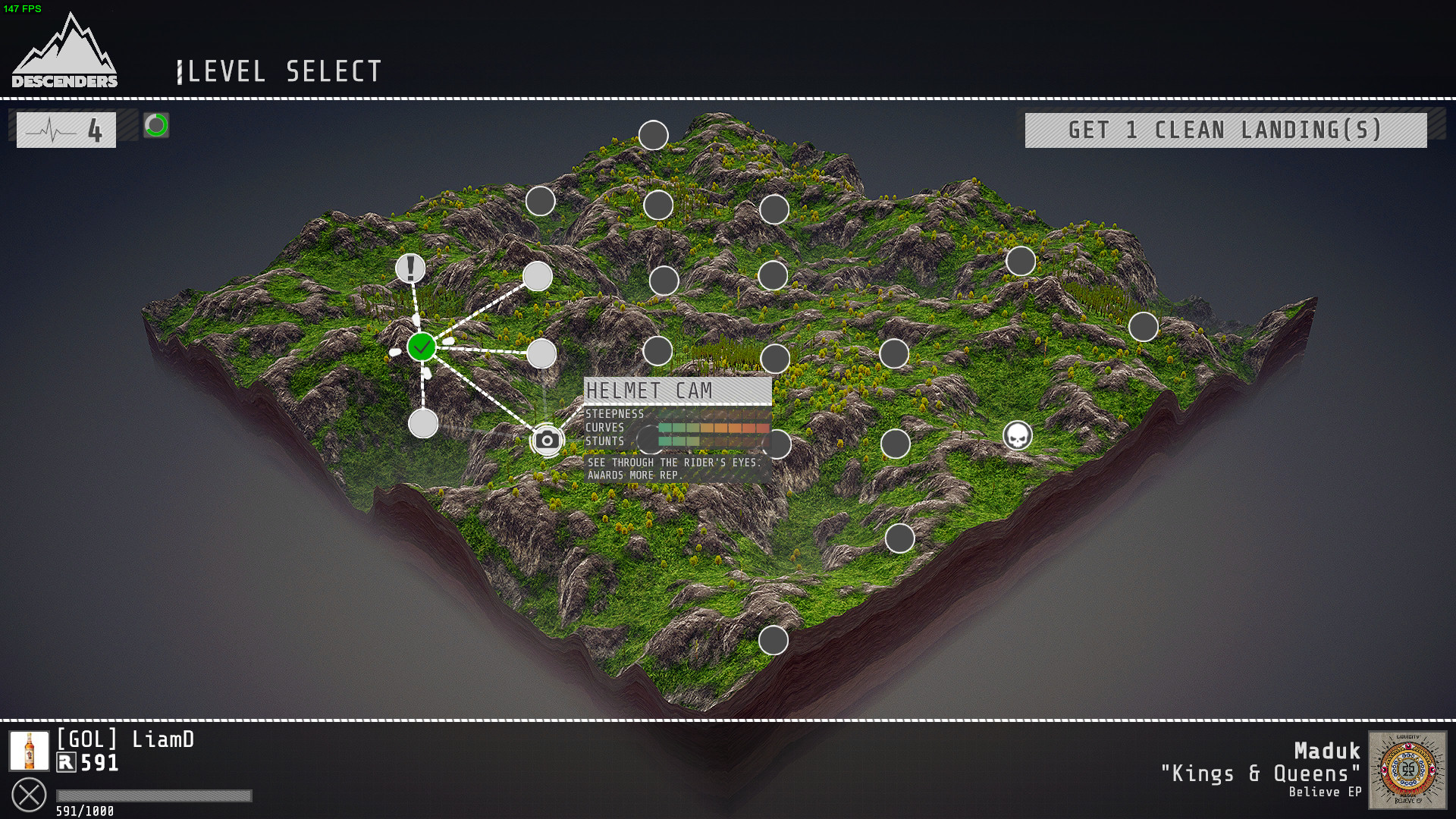 Performance was a bit of an issue before, but with this latest patch it really has greatly improved. They had to improved performance for the Xbox version, so they took what they could for the PC version too. Times were I was previously dropping quite a lot, are now often 90-100FPS and it feels damn smooth too.

The reputation system (their experience points system) was overhauled as well, so you can no longer lose rep. Instead, you get a rep flow per-minute, depending on what tricks you do and doing the same tricks over and over will give you diminishing returns. They're hoping this means the people at the top of the leaderboards are "the most entertaining to watch".

My biggest wish for the game now this is all done, is the addition of a lot more trick possibilities. It's a fantastic game as it performs well now, it looks damn good and you can do some fun stuff in it. Thankfully, the developer is planning to add more!

It's currently 10% off, perfect time to pick it up. You can do so on the Humble Store (3 days left) to support us or from Steam (28 hours left) directly.