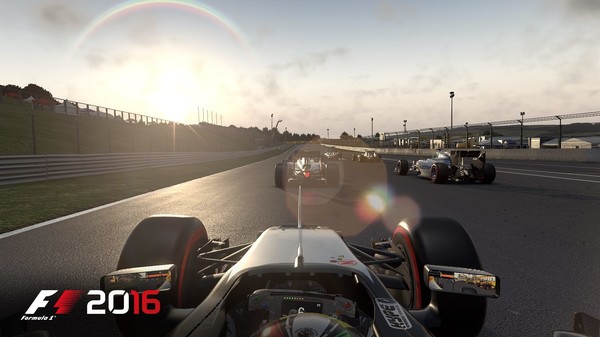 According to Feral Interactive on Twitter in reply to my question, it seems Linux gamers will not be getting F1 2016, due to low sales of the previous title.

The just announced a release date for the Mac version of F1 2016, so I had to ask the obvious question:

F1 2016 has so far seen a much nicer reception with users and critics, so it's a real shame we won't see it due to lower sales from a, quite frankly, inferior game. The previous game had bad AI, no proper career mode and other issues.

What do you think to this news?

View PC info
I don't care. All i want is Shadow of War day 1 Linux port from Feral right now.
7 Likes, Who?

Faattori 3 Apr, 2017
View PC info
Sad but at the same time understandable decision when resources are finite.
7 Likes, Who?

UltraAltesBrot 3 Apr, 2017
That means other Feral ports seem to have been a financial success.. which is good i guess?

Secondly, I don't like Formula One (and "realistic" racing games in general), so I have no stake in this, beyond wanting to see as many games on linux as possible.

Finally: Why did this happen? Why wasn't this a financial success?

Is there some kind of correlation between liking linux and liking F1 sims? Seems unlikely.

Is the linux user base too small for a niche game like this? Possible.

What's also possible is that the port was simply released too late - according to the steam news on this, the port was released in May 2016, almost a year after the windows release and literally a day before the sequel announcement. With a year in the title, that doesn't sound great.

Combine that with an apparent lukewarm reception (going by the metacritic score and steam reviews), that seems to explain it.

Would this be better for F1 2016? Considering that the projected Mac release isn't much closer to the windows release (8 months vs 10 months), it might very well not be.

How many of them had a sequel ported to prove?
1 Likes, Who?

View PC info
Fair point. I bought F1 2015 just to support Feral but only played it for <1h since it's not my type of game. So I'd prefer them spent their resources rather on other Linux ports.

What's a bit frightening though is that obviously doing a Mac port now seems not to reduce the cost of a Linux port drastically anymore. Probably due to Metal.

And XCOM
0 Likes
1/8»
While you're here, please consider supporting GamingOnLinux on: