Factorio 0.15 is out with Uranium & Nuclear power and plenty more 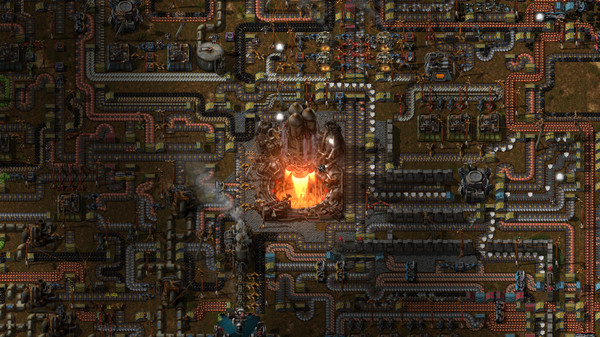 Factorio [GOG, Steam, Official Site], the ridiculously addictive base building and resource management game has released 0.15 in full and it has tons of new content.

The 0.15 release isn't new by itself, since they've released lots of development builds. However, they are now classing it stable enough to move onto the next wave of new features.

See Also: My thoughts on Factorio from last year.


They have a roadmap here of what's to come next, as well as previous patches. Sounds like 0.16 is going to be fun, who doesn't like the sound of an artillery train?!

Have you tried Factorio recently, how do you think it's progressing? Article taken from GamingOnLinux.com.
Tags: Early Access, Simulation, Steam, Strategy
6 Likes, Who?
We do often include affiliate links to earn us some pennies. We are currently affiliated with GOG, Humble Store and Paradox Interactive. See more here.
About the author - Liam Dawe

View PC info
Just bought it this morning after a loooong (even longer) hesitation if I will ever have time to play it....
0 Likes

View PC info
Played 0.15 since it was released in the beta branch. It's really good and Factorio Friday Facts are always interesting to read as they provide some great insights. They added new science packs and refactored the tech tree as well, rebalanced weapons and much more stuff. The game is better than ever!

My only small complaint would be the lack of fundamental modding, i.e. you can mod whatever values the devs provide you and write some logic in Lua but that's all. You can't create new radically different buildings or change the enemy AI because it's all in the binary. It wasn't possible with modding to create a factory that produces different items with some probability like they did for Centrifuge or make a stack inserter when there were none in the vanilla. So the modding capabilities are somehow limited.

However, considering the amount of work the engine does this might not be possible at all. A fair amount of logic has to be in C++ and can't be implemented in Lua because it would not be that fast in that case. And Factorio needs to process thousands of entities at 60 FPS. So I understand why modding is like this but still would love to have all the underlying game logic to be opensourced and moddable in Lua.

EDIT: oh, and I would love to have train debug tools. It's often unclear why the whole railway just stopped or says "no path" and I have to run around looking for a missing semaphore that made a rail block oneway or something. Also some simple semaphore mnemonic rules would be nice to have, like where to put a chain or a regular signal so there are no deadlocks.

View PC info
Factorio is one of my favorite games... 427 hours and counting according to our steam overlords... And I only bought it in late 2016.

I have been playing the 0.15 beta tree since it was released and I have around 100 hours just in 0.15 and it is quite stable, I have not had any crashes at all.

They added a lot of map and game configurations with the latest builds. They now have a half-dozen (roughly) presets for starting the game. You can control resource amounts, start area size, biter (enemy) growth, and science cost. You can also specify a marathon mode where everything is much more expensive to build.

If you like building/architect games grab it now and watch all hopes of a life away from the computer vanish.
0 Likes

I love this game. It has been fun and interesting for every version release since I've owned it (0.13 maybe?). I don't think I recall any Linux-build related issues either - it has always run stable for me. I usually don't recommend early access games to people, but this is a rare exception. In my opinion, the game is worth the full asking price even in the early access state. It is such a cool twist on the base building type of genre.

It will be cool to see them implement auto-downloading of mods for the next release... perhaps that will boost the multiplayer community a little bit. I can usually find an early public game to jump into anyways with the mods turned off on the server browser filter, but more options that are easily accessible are always good.
0 Likes

nifker 28 Jul, 2017
View PC info
Nice to see it getting so much new content - bought it about four years ago, but Id like to see it's code under a foss license one day.
0 Likes

View PC info
I guess they should call it "Late Access" by now.
Nevertheless, seems like I should keep it on the radar for the gf.
0 Likes

View PC info
This gem right here is better than many released or AAA games out there.
Ignore the Early Acces label.
Also the price... when taking into consideration the amount of hours I'm putting into this game and the satisfaction that comes from it, I'd say it is cheap AF.
0 Likes
While you're here, please consider supporting GamingOnLinux on: