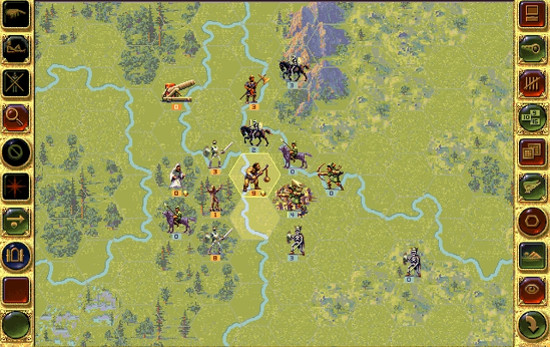 More GOG news today folks! Fantasy General is new to GOG and comes with a Linux version, so for the fans of classic games here's another to check out.

About the game
Fantasy General is the second instalment in Strategic Simulations’ Five Star General Series, and invites you to leave the trenches of World War II and enter a world of heroes, swords, magic and beasts. As a turn-based strategy game, you must lead your army into battle with the Shadowlord’s forces and defeat each of his lieutenants across varying terrain and battlefields. Build your army from the ground up, research upgrades to strengthen your forces, and augment your army with items and heroes who will aid you in your plight. With an atmospheric choral soundtrack, a user-friendly, point-and-click interface and engaging strategic gameplay, this contrasting addition to the Five Star General Series will have you hooked from the opening cinematic and will keep you plotting and battling to the very end.

- Battle the Shadowlord’s forces and lieutenants across 5 continents
- Choose your general from four champions, each with their unique traits and abilities
- Customise and upgrade your army, with over 10 unit classes and four races to recruit from
- Uncover hidden items and heroes to upgrade your troops and lead your army
- Choose from three game modes: Campaign, Scenarios and Local Multiplayer

Check out Fantasy General on GOG. Article taken from GamingOnLinux.com.
Tags: GOG, Retro, Strategy
0 Likes
We do often include affiliate links to earn us some pennies. We are currently affiliated with GOG, Humble Store and Paradox Interactive. See more here.
About the author - Liam Dawe