An RPG that makes things truly tactical, where time stands still until you move - Fates of Ort definitely gives the RPG genre a strange and unique feel. Note: Key from the developer.

"Fates of Ort is a retro inspired fantasy RPG with a focus on strategic action and a story driven by your decisions. It is a tale of sacrifice and difficult choices, in a world under threat of annihilation by the avaricious force of Consumption magic."

We've got a lot of turn-based RPGs, a few real-time with pausing and a few entirely real-time but Fates of Ort still manages to make it all feel so new and interesting again. Think SUPERHOT as a retro pixel-art RPG and you get the idea. Not some gimmick either, as it works brilliantly. Also making it quite unique is the Magic system, which consumes your own life—as they say "Magic is powerful, but it is not free.". So you not only need to plan your moves, watching enemies move when you move but also plan how and when to use your magic and not overly so to cause your own death.

Like any good RPG, there's plenty of loot to find too. Items you get can improve your magic, although some may have deadly curses attached. You also gain experience and level up, learning new magic as you go.

The writing is genuinely great too, I've been really quite enamoured by it. Learning about the backstory, and the different types of magic and how they affect the world has been really interesting. With one type consuming the life force of the wielder, another taking energy from the very fabric of reality which will cause the destruction of the world. Blimey, it sure lays it all on a bit thick. It's all down to you too, not some big well-known hero but a total novice who only just got a sword.

What keeps it interesting, and to allow multiple attempts is how you play the game. You get to pick the type of magic you wish to use, and certain enemies in the world are strong or weak against it, so magic isn't always the best option and certainly isn't when health is low since it sucks it away. Not only that but if you repeat the same spell over and over, the amount of life it sucks away from you grows so you need to level up a bit and vary them. 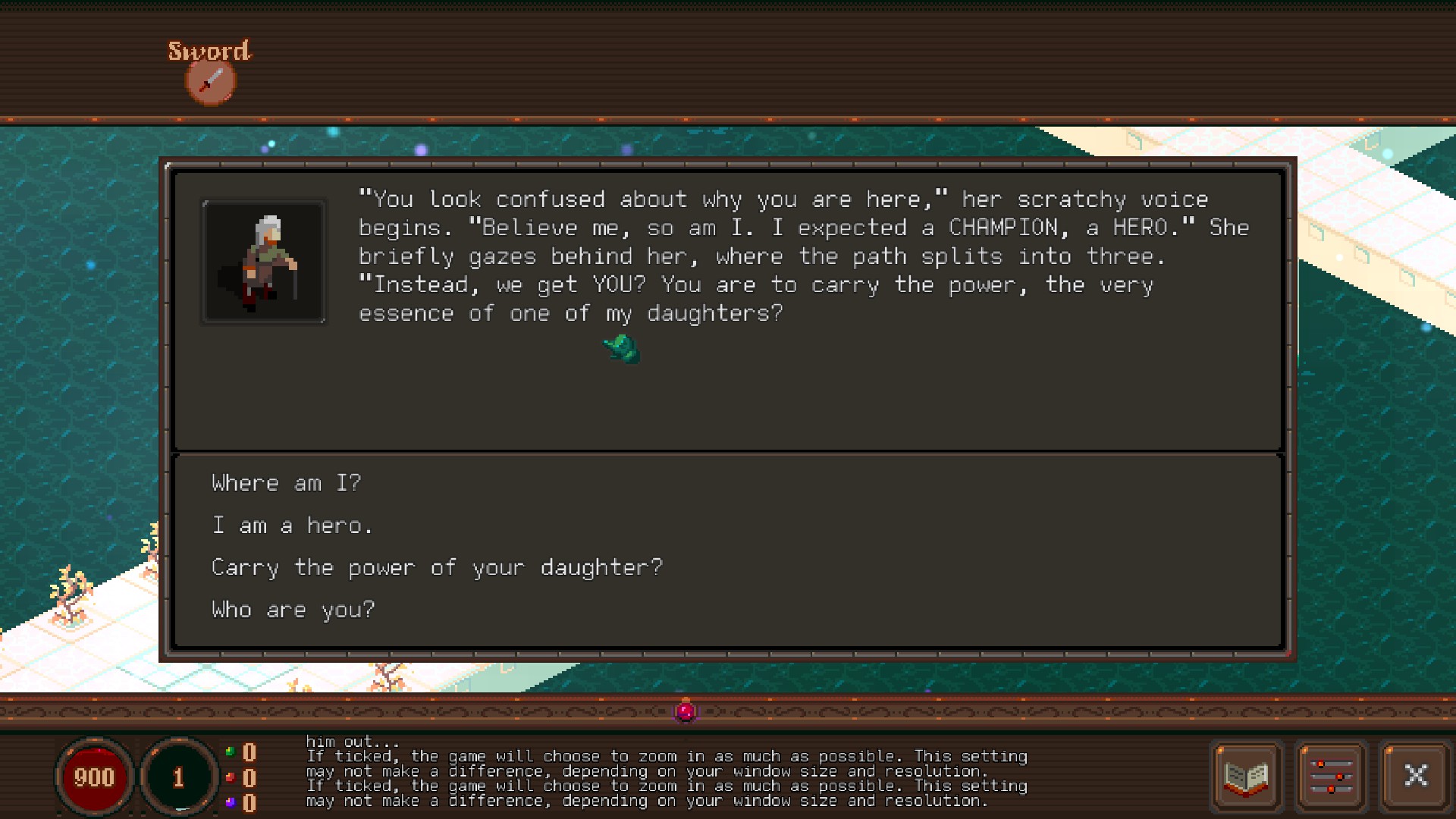 The exploration is sweet too. As you find and have a chat with more people, like most RPGs you pick up new quests and unlock new paths. Although, some paths may be blocked by your decisions for you to try in a fresh game. The key thing in Fates of Ort is the exploration, do enough of it and there's some really fun characters and world-features to find.

Some of the true staples of open-world exploration are here too, like walking into someone's house to smash a few crates for experience and pinch that fancy cloak they were hiding in a box (plus breaking everything gives you precious XP). Fates of Ort isn't linear either for the most part, as you do pretty-much whatever you feel like doing and that's probably why I like it so much. I picked up quest after quest, constantly getting distracted as I explored further and played with the combat systems.

Talking about distractions, I was supposed to be finding a way to bribe a Judge to let a powerful friend out of jail. 30 minutes after, I explored some more to find someone who wanted a piece of a moon that exploded and fell to the planet. Another hour later, I had two Moon Fragments to hand over and gained a ton of experience and coin for my effort. Nice. Totally forgot about my friend in jail but never-mind—I'm rich and powerful now! 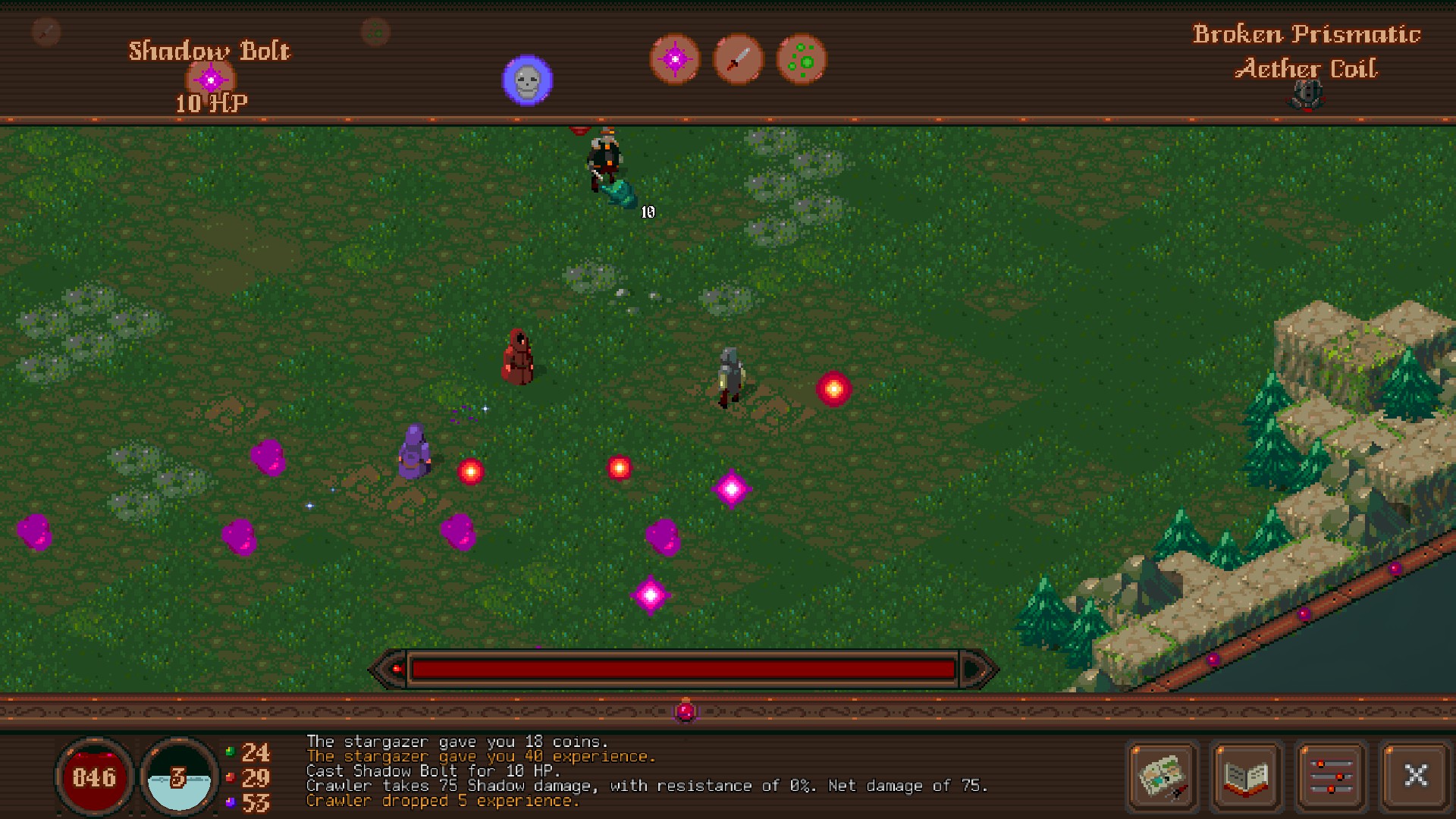 Some of the combat encounters turn into a bit of bullet-hell even, it's thoroughly weird but seriously exciting at the same time. You dodge a little, everything moves, you stop and plan you next move and fire-off a spell but now more people have appeared and they're also surrounding you with spells. Certainly can be challenging! By challenging I mean thoroughly insane, at one point spells were covering half the screen and I had to fast-travel the heck out of there at 100 HP.

Being able to just warp away to somewhere is another excellent feature. As you explore, you unlock certain locations that have a magical spire. It's here you can also heal and change equipment since it also acts as your storage. So you can quickly change your equipment, and get ready to venture out again. 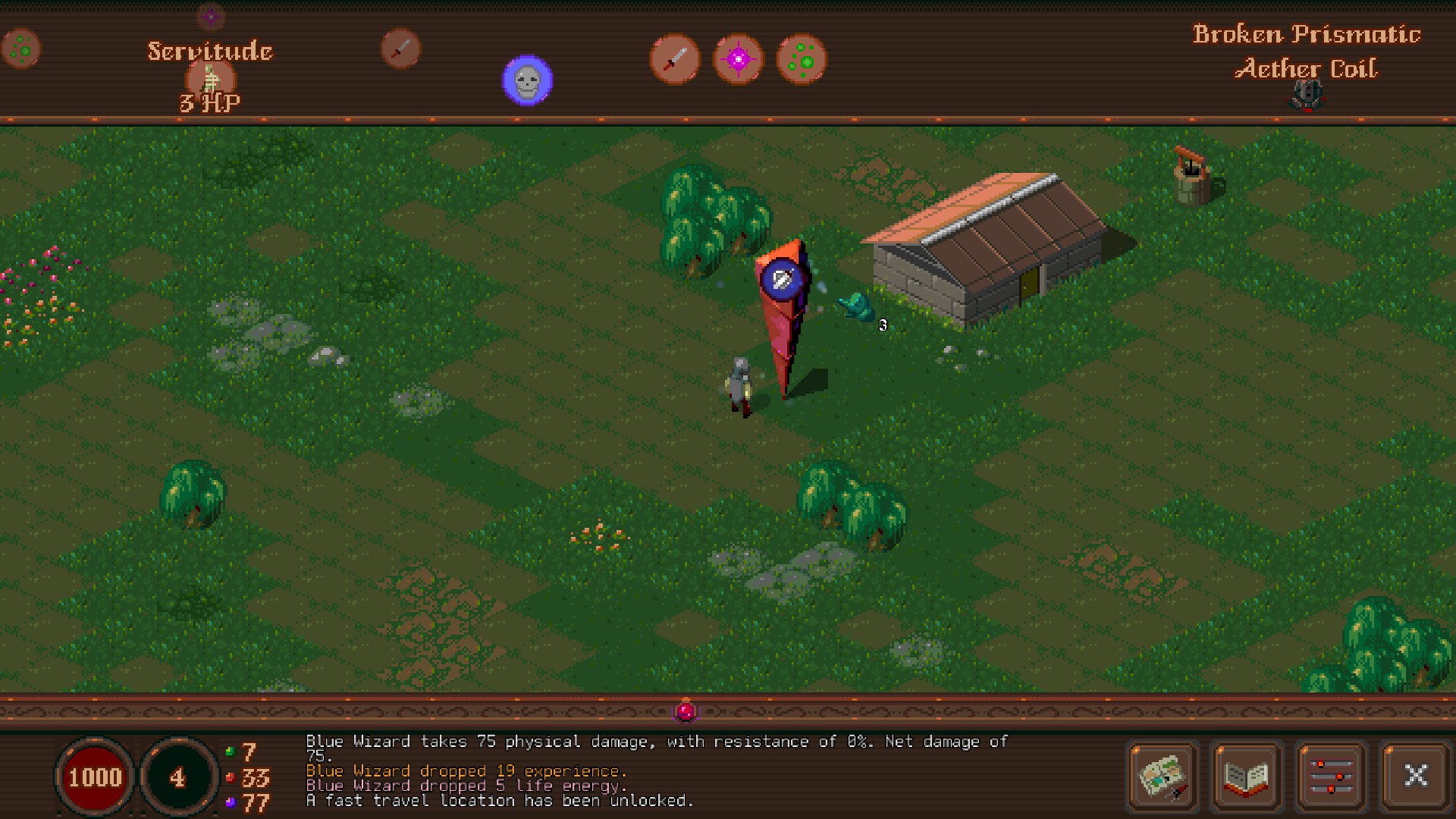 I can highly recommend it if you're after an RPG that has some great writing, a wonderful atmosphere and a very fresh feel to the mechanics of it all. Quite accessible too thanks to the controls as you can move around with mouse clicks or with WASD, it's made it quite a pleasure to play. On top of that, if you get stuck on a quest there's even a hint button—truly wonderful how much thought has been put into all elements of it. Difficult still though, the combat is a challenge even if you plan well but I think it's a must-have for RPG fans to experience.

Find Fates of Ort on Steam and itch.io.

View PC info
Looks really cool thanks for the review I was waiting for it :D
0 Likes

View PC info
And it was made with Defold - a free game engine and editor that supports Linux :)
0 Likes
While you're here, please consider supporting GamingOnLinux on: