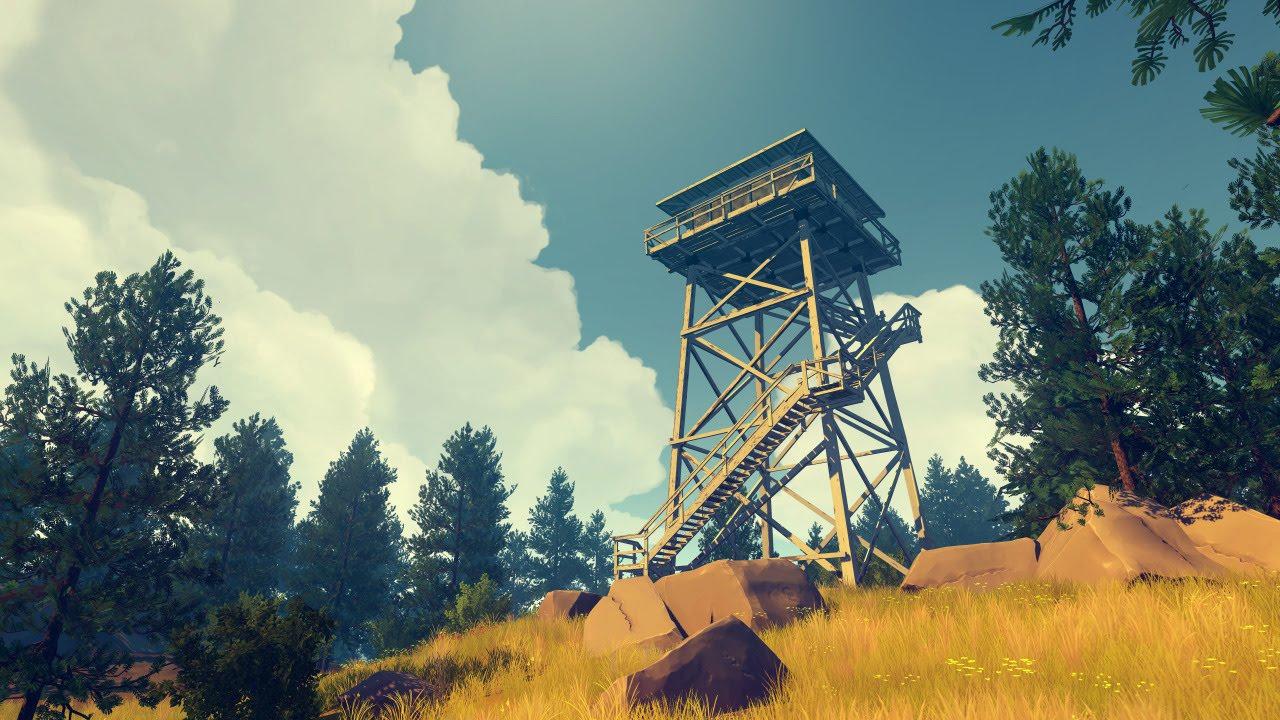 Sadly, the developer has not responded to my request for a key, so I am personally unable to cover it.

I'm not sure how well tested the Linux version is either, as initially it didn't work due to case sensitivity issues with the executable (Firewatch instead of firewatch). If that isn't picked up in testing, how would anything else be?
I've also seen you might need to rename the the data folder.

How is that sort of thing not picked up if you test your game even once on Linux?

About the game
The year is 1989. You are a man named Henry who has retreated from his messy life to work as a fire lookout in the Wyoming wilderness. Perched high atop a mountain, it’s your job to look for smoke and keep the wilderness safe. An especially hot, dry summer has everyone on edge. Your supervisor Delilah is available to you at all times over a small, handheld radio—your only contact with the world you've left behind. But when something strange draws you out of your lookout tower and into the forest, you’ll explore a wild and unknown environment, facing questions and making choices that can build or destroy the only meaningful relationship you have.

A Note: Firewatch is a video game about adults having adult conversations about adult things. If you plan on playing with a younger gamer, that might be good to know going in.

View video on youtube.com
11 Likes, Who?

View PC info
Besides the need to rename the binary, I had to edit the settings ini because the game defaulted to a 1800x3600 resolution (for me, because I had 2 monitors connected, but it only showed on 1, maybe, idk?).
Was pretty annoyed but figured that out, happily playing it now, I love it :)

View PC info
As said, had to do mv firewatch_Data Firewatch_Data, then it works. One visual glitch, at the first night I had lighting popping up and down, err, I mean, it was night and the environment was noticeably lighter when I looked up and darker when I looked down. Not like the moon had something to do with that, it was a pure bug. The same happened inside the tower, even after turning the light on. When I entered settings and switched graphics from ultra to high and then back it stabilized and never came back. Weird.

Also, I recommend turning off SSAO completely. Gives an enormous FPS boost with everything else maxed out and nothing visually changes. I know what SSAO is but in this particular game or environment it's just not visible.

The game is wonderful so far. I read that it has only one ending so the choices don't dramatically change the gameplay but they matter, they are remembered and reflected in many little details. Who cares about the ending after all? It's only a single last event and you have a massive amount of them before that. Go make your own story.
3 Likes, Who?

View PC info
Very good game. Ran beautifully, looked beautiful, great voice over work, hilarious, and hectic at times. Finished it in 3 hours. Had to uppercase the F on the data folder but after that it was running. No issues with my Nvidia gtx 980.
1 Likes, Who?

View PC info
and done.. completed
5.5 hours (minus the food and drink breaks)

short review without spoilers (doesnt say anything about the story)

View PC info
Amazing Game! 3 hours in. Not finished but saving the end for tomorrow.

Fixed the case sensitivity issue, had the game crash 3 times, and also I restarted it twice because of memory leaks, was at 11fps...

Still I really enjoyed the game so far, one has a real empathy for the Henry.

View PC info
There was an update and now it works without needing to change anything on my Ubuntu 14.04 laptop.
0 Likes

View PC info
Sadly not available DRM free day one. Good news is the developer got back to me within 24 hours saying they are hoping to have a DRM free copy available at some point in the future.
2 Likes, Who?
BillNyeTheBlackGuy 10 Feb, 2016
Game is great so far from what I played. My only problem with the game is I think all the profanity in the game is way out of place. Way too much cursing for the sake of cursing at times, but that's just a minor gripe.
1 Likes, Who?
1/2»
While you're here, please consider supporting GamingOnLinux on: