While it's free to play it does have a number of optional DLC and Premium accounts. These Premium accounts can be purchased from 1 to 360 days and they're not exactly cheap. A 30 day premium sub costs £6.99, so you could easily end up spending a lot of money on the game. Premium accounts give you a 50% boost on experience and credits, so it's a pretty hefty boost. 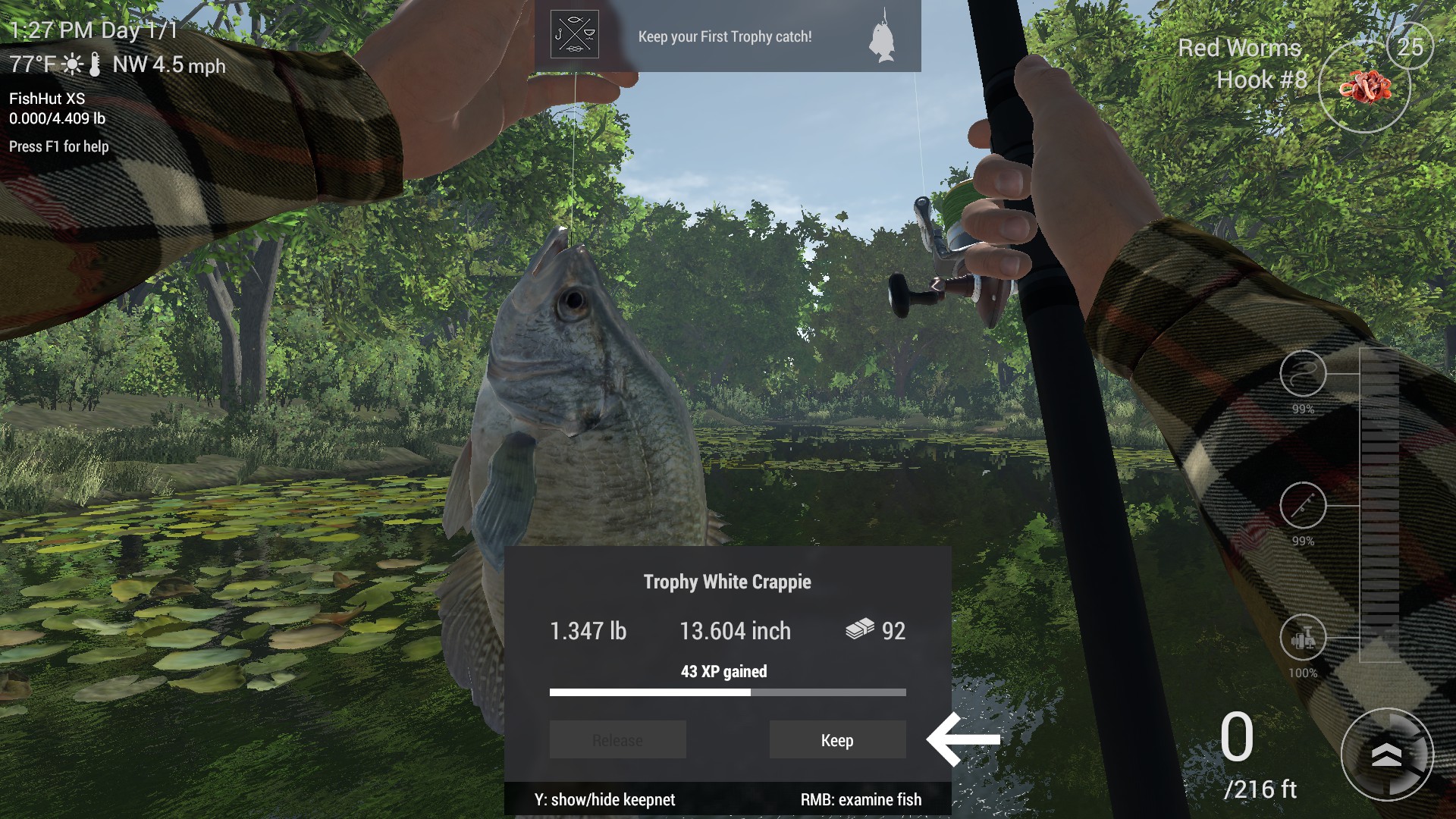 I've been reading the reviews and the forum and there's quite a lot of complaints about how long it takes to actually gain money in the game, so it's either a very long grind or pay. Still, it has an overall user rating of Mostly Positive, so it's entirely possible it's a bunch of people overreacting, as often happens with user reviews.

I decided to give the game a test, to see if what people are saying is true and it did not go well. The game didn't load initially, giving me a fully black screen. Turns out it's a Unity game, so of course it uses the version of Unity that broke fullscreen, adding this as a launch option fixes it:

Once in, you're greeted with one of the most annoying things you will ever find — a registration box. Luckily it was painless and you don't even need a password. Weirdly the initial settings only allowed me to go up to a graphical setting of "Simple", which really didn't look very nice at all. Once actually in-game though, you can crank it right up. Performance on the highest setting on my 980ti/i7-5960x was pretty abysmal though, once I adjusted a few options it did seem to perform okay on the "Beautiful" setting with a bit of AA and with dynamic water set to Low. Annoyingly though, it reverts my graphical settings when I quit and relaunch.

Once you make a character, it sends you straight into the tutorial, which was surprisingly straightforward. I caught a few fish, threw them back and it was somewhat relaxing. Funnily enough, during my testing I didn't have a problem constantly catching fish and breaking my own records on them! I had no problem catching tons of fish, so I think a fair amount of reviews about not catching anything are a bit hyperbolic. People are right on the XP and money gain though, they're miniscule without a Premium account so the game is a grind.

I also stupidly got my line caught: 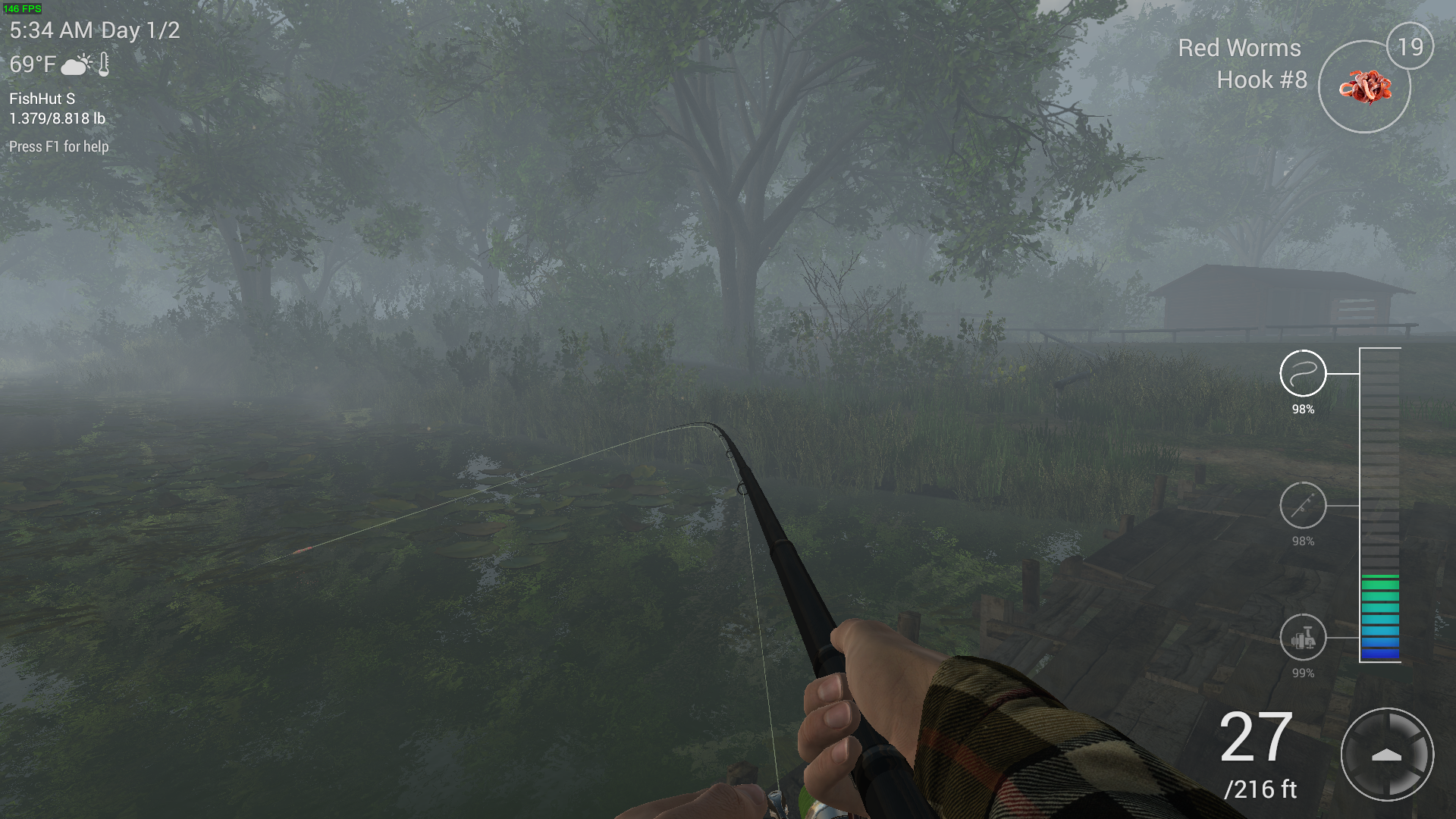 Some wiggling and line adjustments later and I managed to get it free, without having to break my line. As someone entirely new to it, I was pretty darn happy with that.

Overall, it actually seems okay. Not my usual type of game, but it was relaxing for sure.

View PC info
It's disappointing to hear about the graphical problems with the game. Hopefully those will be ironed out over time. The "I-didn't-catch-anything" whingers don't sound like they've done much fishing irl, lol. It is, after all, listed as a simulation, and catching nothing (what my father called "being skunked" ) after hours of trying is part of what makes fishing fishing.

I see it has full controller support. I wonder how integral the controller is to the experience. Imagine if a game like this were made with the Steam Controller in mind: the gyro could be used to "cast" with the controller, the RPad (or Lpad, for southpaws) could be the reel, the trigger could simulate the way one holds then releases the line during a cast. Finally, the rumble could be used for "nibbles" and "bites" and the struggle of the fish on the line as one reels it in. Dare I say it: the mind reels at the possibilities.

View PC info
I remember trying this just after launch. I suppose graphics have changed a bit since performance was decent back then on a much weaker GPU. It was funny for a few minutes, but considering my 0.8 hour playtime, it didn't really interest me.
0 Likes

View PC info
The game not saving your settings is a unity bug with the -screen-fullscreen 0 start parameter afaik.
Changing the game to windowed mode in the config file and removing the start parameter should fix that issue.
3 Likes, Who?

Quoting: NanobangIt is, after all, listed as a simulation, and catching nothing (what my father called "being skunked" ) after hours of trying is part of what makes fishing fishing.


If fishing was easy, it would be called "Catching".
1 Likes, Who?

View PC info
On KDE you can fix the Fullscreenbug with Windows-Rules in the Systemsettings, if you need help come on my streams and ask LinuxGames TV on Twitch.

Now to the "you can't earn money". That's a lie. You must know the rigth fish species thats brings money. 100 bucks or more per Kg is a good price to make money. You can ask in the Ingamechat the people eon what fish you can go to make money or to make XP. The second: Buy first a bigger Fishnet or stringer to get more fish and after that you can buy the roods etc.

If you go this way you earn money. I play this game since the 03.12.2015. I was one of the beta testers from the first Linux Builds. And you can make baitcoins with achievements and if you finished achievement you get a special gift from the x-series.

View video on youtube.com
German Text and Voice only
0 Likes

Quoting: LakortaThe game not saving your settings is a unity bug with the -screen-fullscreen 0 start parameter afaik.
Changing the game to windowed mode in the config file and removing the start parameter should fix that issue.

The game save your settings. Thats the game don't save the settings is from 2015.
0 Likes

I like the game, but I think it takes too long time to level up for some decent stuff, so I don't play much. It has a nice, relaxing atmosphere, perfect for playing before bed time or just to chill. You can chat with people too, which can benefit you, if you want some advice.

View PC info
It was pretty fantastic back in late 2015 and early 2016. I imagine it's even better now that it's finally out of early access... I bet a lot has improved in the year+ since I played.

Not sure I need to play this anymore, though... lol
0 Likes
While you're here, please consider supporting GamingOnLinux on: