FOX n FORESTS, the action platformer where you change the season to release on May 17th

FOX n FORESTS [Official Site] is a retro-inspired action platformer with RPG elements that allows you to change the seasons, it's now due for release on May 17th. I've had it confirmed that this will include same-day Linux support. 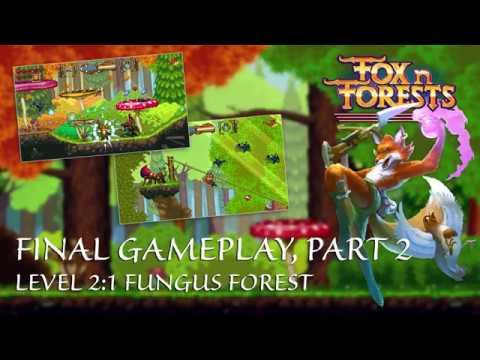 Inspired by timeless classics such as the Castlevania and Zelda series, FOX n FORESTS will be both accessible and challenging. The game combines modern game design and retro charm accentuated with glorious 16-Bit graphics and a chiptune soundtrack.

You play as Rick the Fox, armed with a magical crossbow that will allow you to change the season. This will allow you to make platforms out of falling leaves, freeze water and so on. It does look and sound delightful, let's hope the gameplay holds up.

The game, developed by Bonus Level Entertainment and published by EuroVideo was originally funded on Kickstarter back in 2016, so it's good to see another deliver on their promise of Linux support.

Article taken from GamingOnLinux.com.
Tags: Action, Platformer, Upcoming
7 Likes, Who?
We do often include affiliate links to earn us some pennies. We are currently affiliated with GOG, Humble Store and Paradox Interactive. See more here.
About the author - Liam Dawe