Lag is always an issue in games, but some games it's much worse than others. The developers behind the FPS games Tannenberg and Verdun have made some steps to improve this.

Showing off an example of how they've tweaked the networking, they showed off two simple examples. The first below on the old networking code:

Here you can clearly see how the player twitchs forwards. The next is from their newer code that's now live:

The difference is clear, player movement and positioning is a massive amount smoother, which should result in a much better gameplay experience when playing with people who don't have the best connection. Thanks to these changes, the chances of being shot from behind cover are greatly reduced.

In addition they also fixed an issue with third-person models to be at a different height to the first-person view, which stops players sometimes appearing to be stuck in the ground. They also improved long-range shot accuracy and their melee system also saw improvements for better locking on, better stabs from above and so on.

Testing Tannenberg out once again today, it's changed quite a bit since I lasted tested. Not only are the input bugs fixed, but it also now works correctly with the latest NVIDIA driver (previously it crashed). Performance seems to have come along nicely too, I was often sitting at 60FPS on Ultra with Depth of Field enabled too so that was quite nice. Some drops when it's loading in a new area, but mostly acceptable now.

Still love the way Tannenberg spawns you in when you're in the Maneuver game mode, with you picking a section of the map and then the camera zooms right into the world directly into your character—very cool: 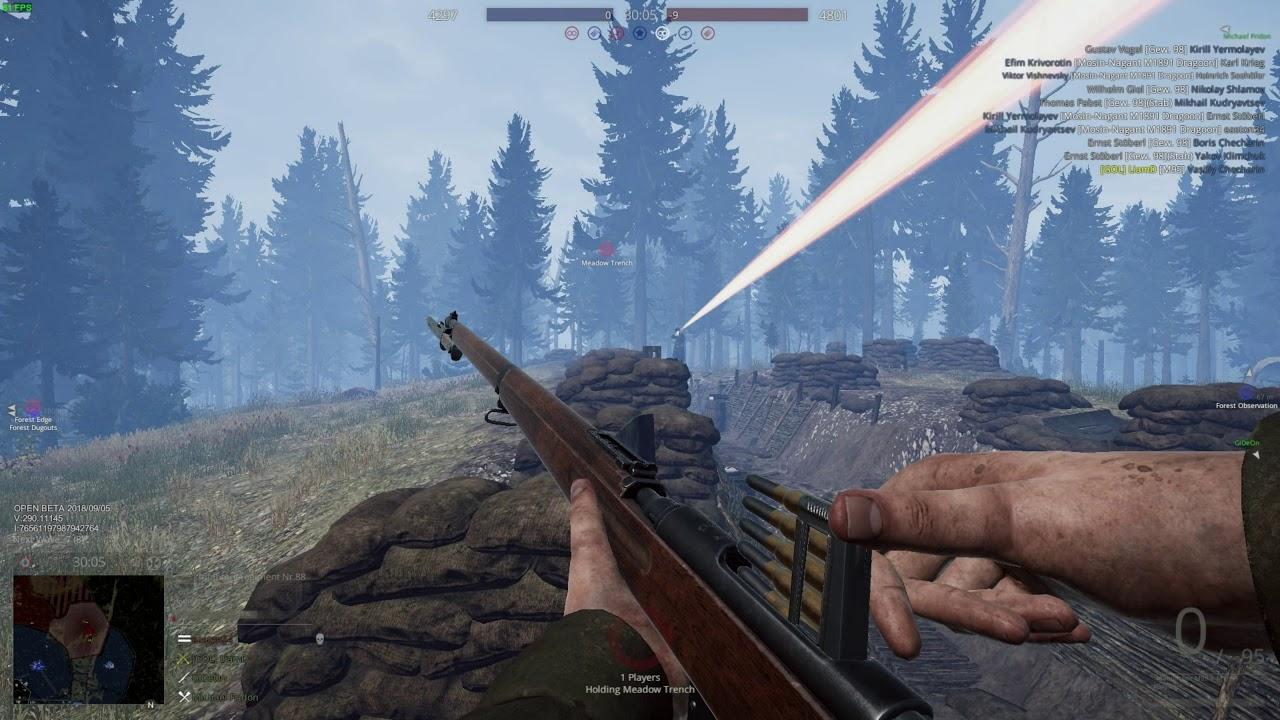 I still don't get why they needed to entirely separated games for different fronts, but whatever.

Both Verdun and Tannenberg are currently on sale on the Humble Store. I actually quite like Tannenberg myself. Alternatively, find them on Steam.

Article taken from GamingOnLinux.com.
Tags: Action, FPS, Humble Store, Indie Game, Steam
14 Likes, Who?
We do often include affiliate links to earn us some pennies. We are currently affiliated with GOG, Humble Store and Paradox Interactive. See more here.
About the author - Liam Dawe

View PC info
So the crashing is fixed for you? Sadly, it's still crashing for me on my AMD card. :/
0 Likes

ElvanexSo the crashing is fixed for you? Sadly, it's still crashing for me on my AMD card. :/

No issues at all on NVIDIA.
2 Likes, Who?

Kristian 5 September 2018 at 8:06 pm UTC
View PC info
Interesting.. so they are like companion games?
0 Likes

Yes, both usually updated around the same time when it makes sense unless it's something very specific to one of them.
0 Likes

View PC info
For those of you using updated NVIDIA drivers having problems, put "-force-glcore42 -force-clamped" in your launch options (without the quotes). That worked to prevent crashing while loading for me.
1 Likes, Who?

View PC info
Time to jump into Verdun and try it out!
0 Likes

iiariFor those of you using updated NVIDIA drivers having problems, put "-force-glcore42 -force-clamped" in your launch options (without the quotes). That worked to prevent crashing while loading for me.

Holy crap, thanks dude! =D That fixed it for my AMD card as well. I was just able to play for nearly 2 hours and didnt have a single crash! =D
0 Likes

ElvanexHoly crap, thanks dude! =D That fixed it for my AMD card as well. I was just able to play for nearly 2 hours and didnt have a single crash! =D

You're welcome! I'm not sure why this hasn't been more broadly trumpted around their online community. I found this almost by accident in reference to problems with the same engine in a different title. I love Tannenberg so the more players we can get online and playing the better!
1 Likes, Who?
1/2»