The Dark Mod [Official Site], inspired by the Thief games just had a massive update and there's a lot of new goodies. 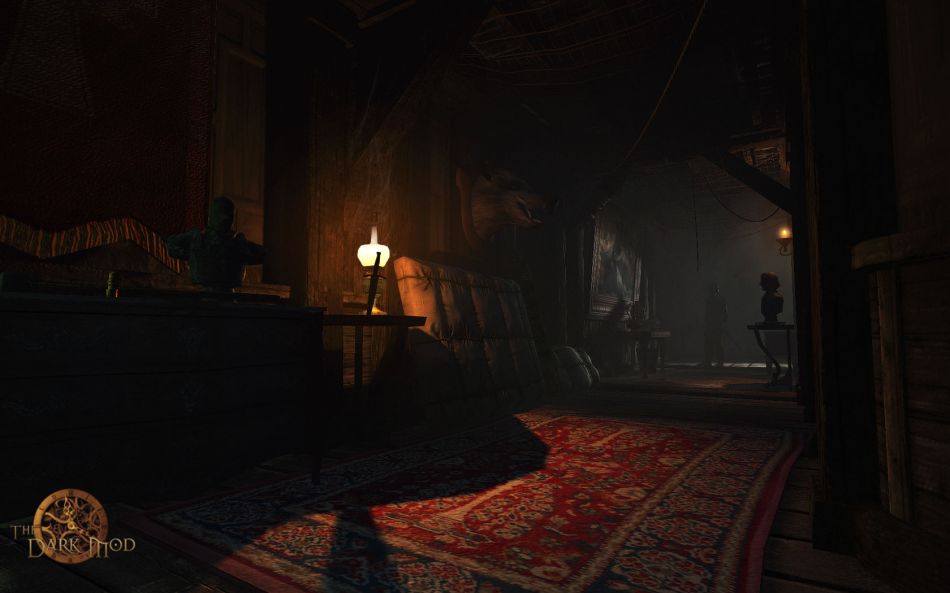 Legacy OpenGL has been thrown out in favour of much more modern stuff, along with that they're finally offering up 64bit support as well! In addition, it also includes multi-core support which is labelled as experimental. It should help boost performance by quite a bit, but some users may see issues.

That would be interesting enough by itself, but they didn't stop there. They've also implemented a soft shadows option, another feature labelled as experimental, but it sure does look so much nicer. There's also some sound improvements with the inclusion of OpenAL EFX, which gives mappers the ability to change sounds based on the surrounding environment.

The list of improvements goes on and on. The interface has improved, more assets have been made for map creation, it adds in FFMPEG video support for mission intro videos and so on.

What's great about The Dark Mod, is that the mission editor "DarkRadiant" is also open source and runs on Linux as well. So anyone can jump in and make content for it, this was also updated earlier this month.

The full details on what's new can be found on their wiki.

View PC info
I love Thief 1 and Thief 2. The Dark Mod captures the feel of the first 2 games perfectly.
0 Likes

View PC info
I should give TDM another try. Last time I tried to play, it was having serious issues with fullscreen on my system. And at one point I was getting no graphics at all, just a black screen. The new engine probably won't have the same issues.
0 Likes

View PC info
I need to try this.
0 Likes

View PC info
Wow... this looks fantastic! I'm not a big fan of stealth games, but I think I need to try out the level-editor and see how far I can stretch the gameplay... Anyway, I love the project... really an outstanding FOSS-project! Great Work!

View PC info
Ugh. Right away, in fullscreen it shuts down my other monitor and disabled alt-tab.

backstabtv 30 May, 2018
View PC info
Love this mod. Have never tried the linux version before but it seems like a good way to get back into it.
0 Likes

enz 30 May, 2018
I liked Thief 2 and TDM feels very much like it. This could be one of the showcases of great open source games. Too bad they used the non-commercial CC license for their media, which is not a free license according to the Open Source Definition, the Free Software Definition and the Debian Free Software Guidelines. For example, this prevents it from being packaged in the standard Debian repository.
1 Likes, Who?
Dolus 30 May, 2018

Performance is improved on AMD FX processors. Though, the dual-core support is still buggy.
0 Likes

View PC info
Last time I tried it was when it went standalone from Doom 3 circa 2013. How time flies...

All we need now is for the Thievery mod to detach itself from UT'99.
0 Likes
1/2»
While you're here, please consider supporting GamingOnLinux on: