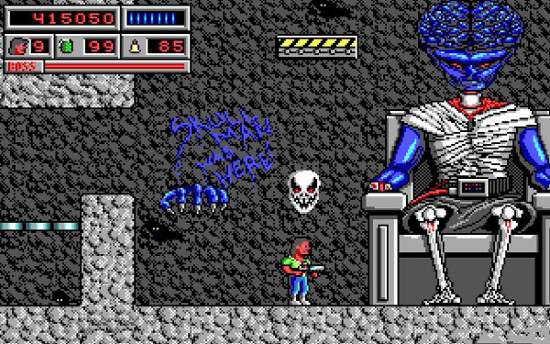 Join top CIA tough guy, Snake Logan as he battles for his life against ferocious monsters created by an evil and twisted mastermind. A free game now available on Linux thanks to GOG.

I actually recognise the game, so it's possible I played it many years ago on another platform. I really do love GOG bringing us classic games back. This title uses DOSBox as it's an oldie.

View PC info
Hah, when I was 10 or so, I remember playing the shareware version (amongst many others) on some compilation disc my father got me. Brings back memories amongst other Apogee titles. :)

It's also worth noting, that the publisher (3D Realms) that holds the lot of these dosbox titles on Steam (34) is probably going to release their entire catalog (finally) on Linux anytime now. Every one of them have activity on Steamdb (20 days old), including this one. Would be nice to just get them all in a single bundle as they are currently offered on Steam.
0 Likes

Quoting: KeizgonHah, when I was 10 or so, I remember playing the shareware version (amongst many others) on some compilation disc my father got me. Brings back memories amongst other Apogee titles.

Same story here. Most of these games were incredibly terrible, but fortunately there were a few Apogee titles on there. I am pretty glad I grew up with games such as Duke Nukem 2, Commander Keen, BioMenace and of course Raptor. I don't know why, but the atmosphere of Raptor gave me the creeps - Especially that character creation in the beginning.

It was at the time - around 97 or 98 I believe - when all the lonely children got their N64 for christmas and were major douchebags about it.

Those games had a strange charm to them.

And then there was G-Nome too

We've come a long way since then in PC gaming :)
0 Likes
While you're here, please consider supporting GamingOnLinux on: