FreeOrion, the open source game inspired by Master of Orion has a massive new release today 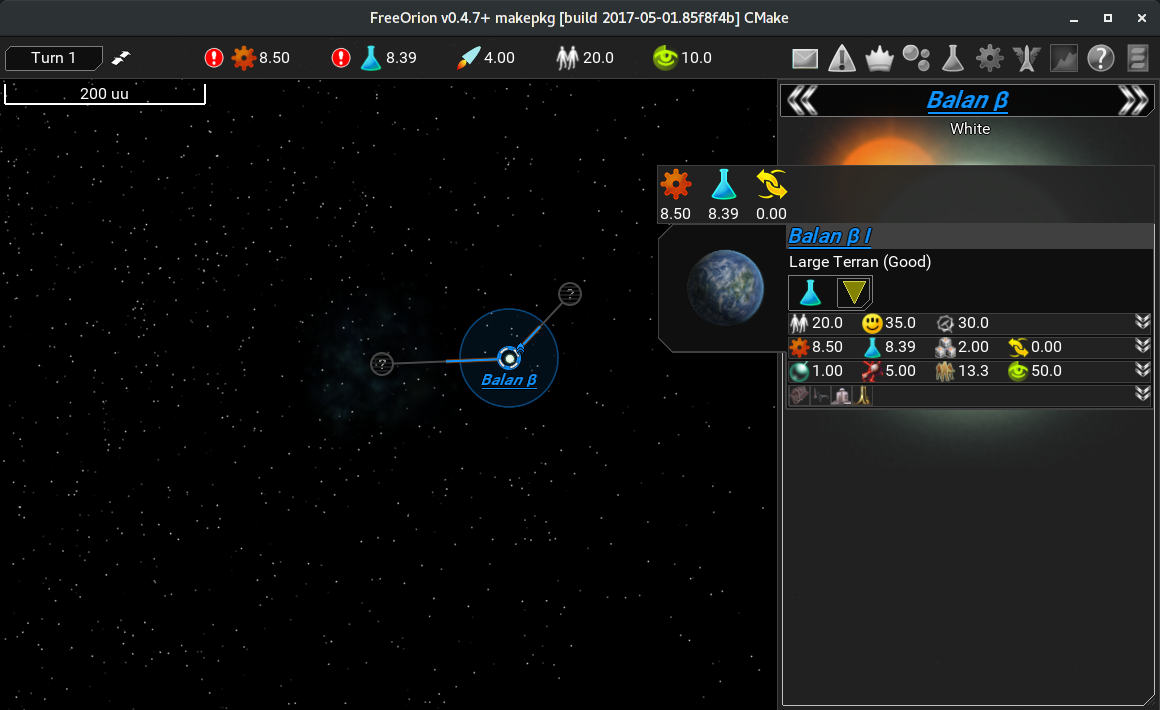 The main big addition of this new release is the addition of Fighters and Carriers. So during battles you will be able to launch Fighters, good for attacking enemy ships, but very weak.

They have also introduced basic support for alliances, but the AI cannot use it yet. They say it's mainly useful for multiplayer games right now.

The user interface also gained many quality of life improvements, like lists not scrolling if the mouse is outside of it, right click context menus, improved UI responsiveness and more.

They have greatly expanded the "pedia", which is the in-game encyclopedia where you can find more information on most gameplay elements.

It also includes tons of optimizations, bug fixes and other technical changes. Overall, a pretty big release and it's really nice to see this open source game continue to mature.

Find the full release notes here. The current stable Arch AUR package isn't yet up to date, but there is the AUR-git package. Ubuntu has this PPA, which is also now out of date, but worth keeping an eye on.

I tried it and something about the mouse speed was really off, felt too slow and sluggish like I was fighting it. No option to turn up the sensitivity either, which is killer for me with a permanently bad wrist. Will check it out properly in future if they sort that out.

One thing I do like, is that you can turn up the text size. Many games have tiny text, which makes them a pain to read, so that's a notch in FreeOrion's favour. Article taken from GamingOnLinux.com.
Tags: Open Source, Strategy
3 Likes
Share

View PC info
Oh funny, i didn't remember this project, but i recently tried another one : http://remnantsoftheprecursors.com/
Active topic on Bay12 : http://www.bay12forums.com/smf/index.php?topic=163712.0

QuoteRemnants of the Precursors, originally coined “Java MOO” and started in March 2015, is intended to be a strict feature clone of the original Master of Orion game from 1993. Bugs and exploits will be fixed, the AI will be improved, and all artwork, music and user interfaces will be modernized.

0 Likes
Purple Library Guy 2 May, 2017
I just went and watched chunks of a relatively recent long video of someone playing . . . It looks interesting. One thing I like is that it backs away from the almost ever-present Civ model of "One piece of production or research at a time" and instead lets a planet work on a group of different things simultaneously--I think with different priority levels, or something. And again, lets you research a few things at once if you want. In a way, that's a return to the MOO I approach.
Unfortunately, I dunno if I'm up to rolling my own; I'll have to see whether my distro packages it and if so, how ancient the version is.
0 Likes
While you're here, please consider supporting GamingOnLinux on: