Fruit Tower Defense from developer Fratboy Entertainment is a title you could easily skip over and disregard due to the style but it's actually quite good. Note: Key provided by the developer.

It's not graphically impressive in any way but it more than makes up for this with the challenge. 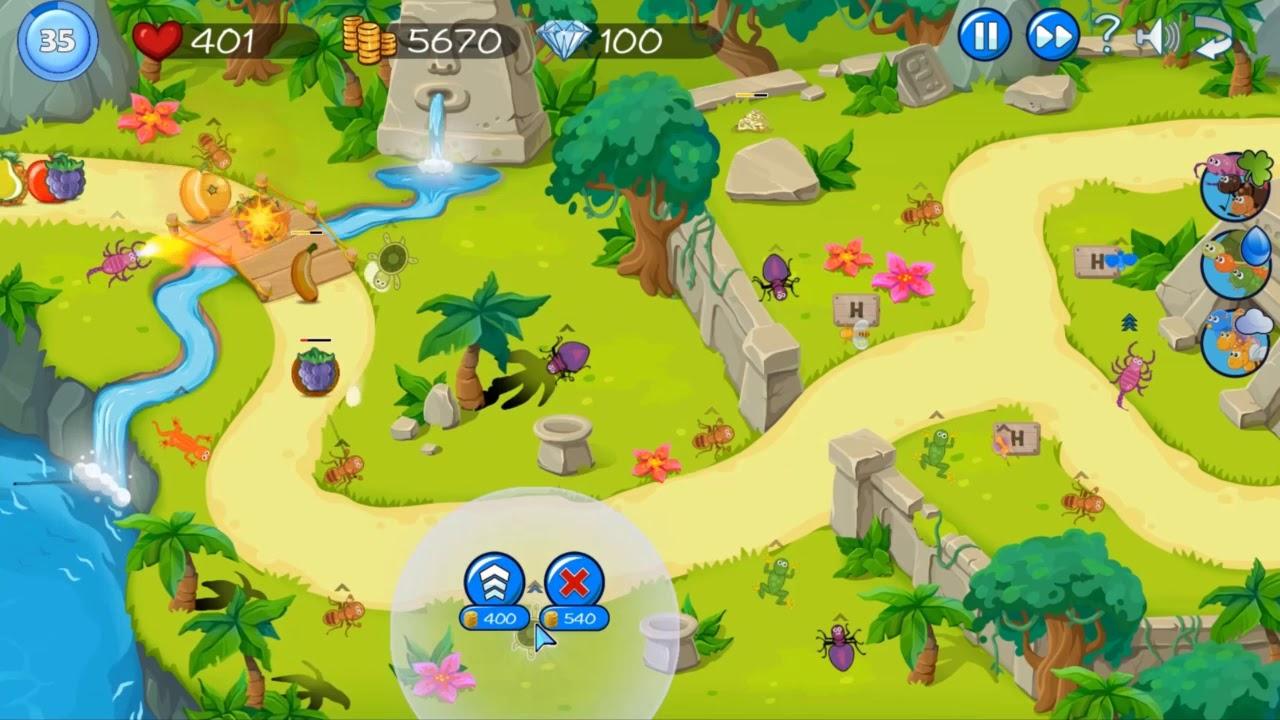 I've been playing it through on the Medium difficulty and honestly I'm surprised by it, I've actually enjoyed it. While there's not a huge amount of levels, there are quite a lot of waves per level so you get some good time with it. It's kicked my butt a good few times too, making me stop and think about my strategy and not many TD titles actually make me do that.

There's two areas of the game it doesn't do too well though. Placing towers was a little finicky, since it wants you to drag and drop them, being able to just click and place would simply work better. The other is the descriptions of your towers, they don't give you the best idea of their strengths and weaknesses leaving you to figure that out mostly for yourself.

Only had one technical issue, which is where it turns off my second monitor. Very minor and ALT+TAB brings it back so not a big issue.

View PC info
Reminds me of Bloons TD5 now that I see it in action (and not just a screenshot). And that's good news, because Bloons TD 6 has just been released and instead of supporting Linux for the win, they've actually dropped Mac support and are now fully Windows-only. Urgh. Their model is mobile-first anyway, but still, I held out some hope of playing it.

I'll pick this up for definite.
0 Likes

pb 9 Jan, 2019
Did you manage to unlock any achievements? They didn't work for me, but maybe they're fixed it?
0 Likes
While you're here, please consider supporting GamingOnLinux on: