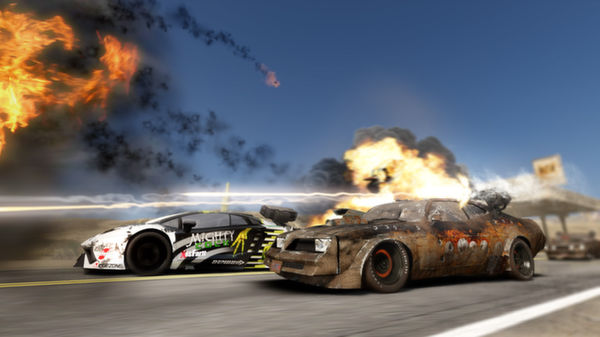 Players start out with low performance vehicles and soon work their way up to high-performance models, by earning money in a series of hi-octane races and arena battles. New game modes, tracks and vehicles are unlocked as players progress through the game. Along with developing their driving and fighting skills, players can spend their hard-fought cash, customizing their vehicle to match their clan members or pimping their ride for the road to glory! Article taken from GamingOnLinux.com.
Tags: Action, Racing, Steam, Upcoming
0 Likes
Share

Quoting: EikeNot yet started but "release shouldn't be too far"?
Now that's optimism!

edo 8 Feb, 2016
View PC info
They were looking for a porter time ago, I guess they find it. This game looks really awesome.

View PC info
been waiting for this quite some time :) hope this time it will really make it