Gates Of Horizon, A Space MMO

By Orestes - 11 January 2015 at 8:30 pm UTC | Views: 8,379
Gates of Horizon is a new space MMORPG that was released recently, it is developed with Unity3D and already has a client for Linux (and Mac and Windows as well of course) it is also about to release its Android and iOS clients soon.

It is a space simulation game that has strategy and RPG elements, the player has a corporation that can have several agents and controls their ships, and you can even control a fleet. The universe is quite large and it can change (it can be conquered by Aliens).
So, the players fight against those aliens. You can be a trader, fighter, miner or a pirate (as with most space MMO's).

It uses the mouse for control of the game, a rare choice in Space MMORPG games.

Also, the developers have expressed their intention to release the Source code under an open source license.

A screenshot of the ship fitting screen ..and one of two ships mining (when the asteroids deplete, you can see them explode, nice!!) 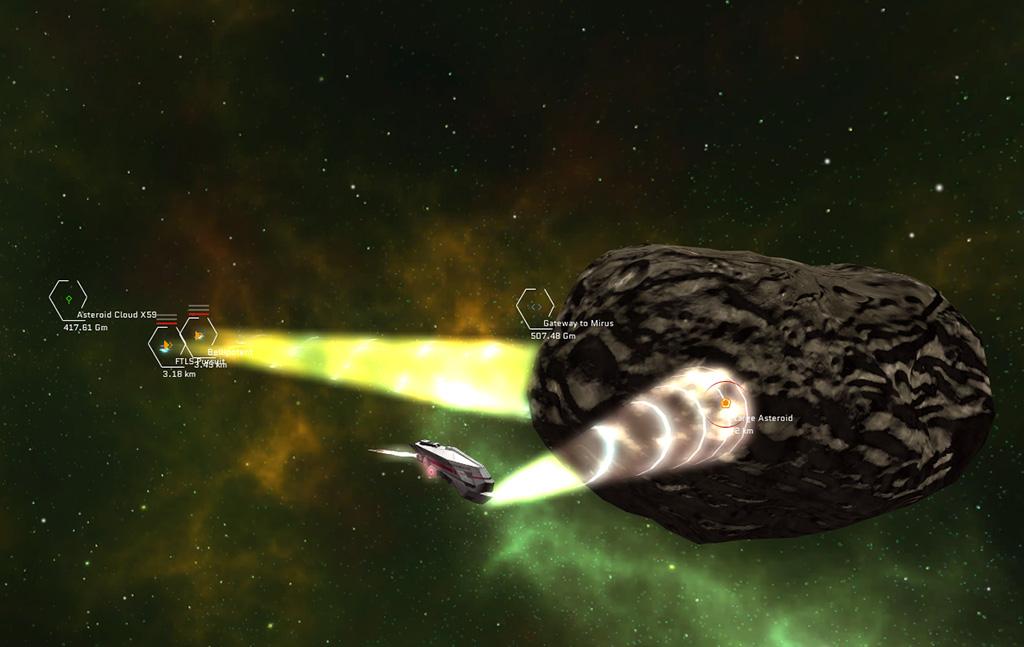 View PC info
This is one beautiful-looking game, although the video is cut a little too fast

...
0 Likes
While you're here, please consider supporting GamingOnLinux on: