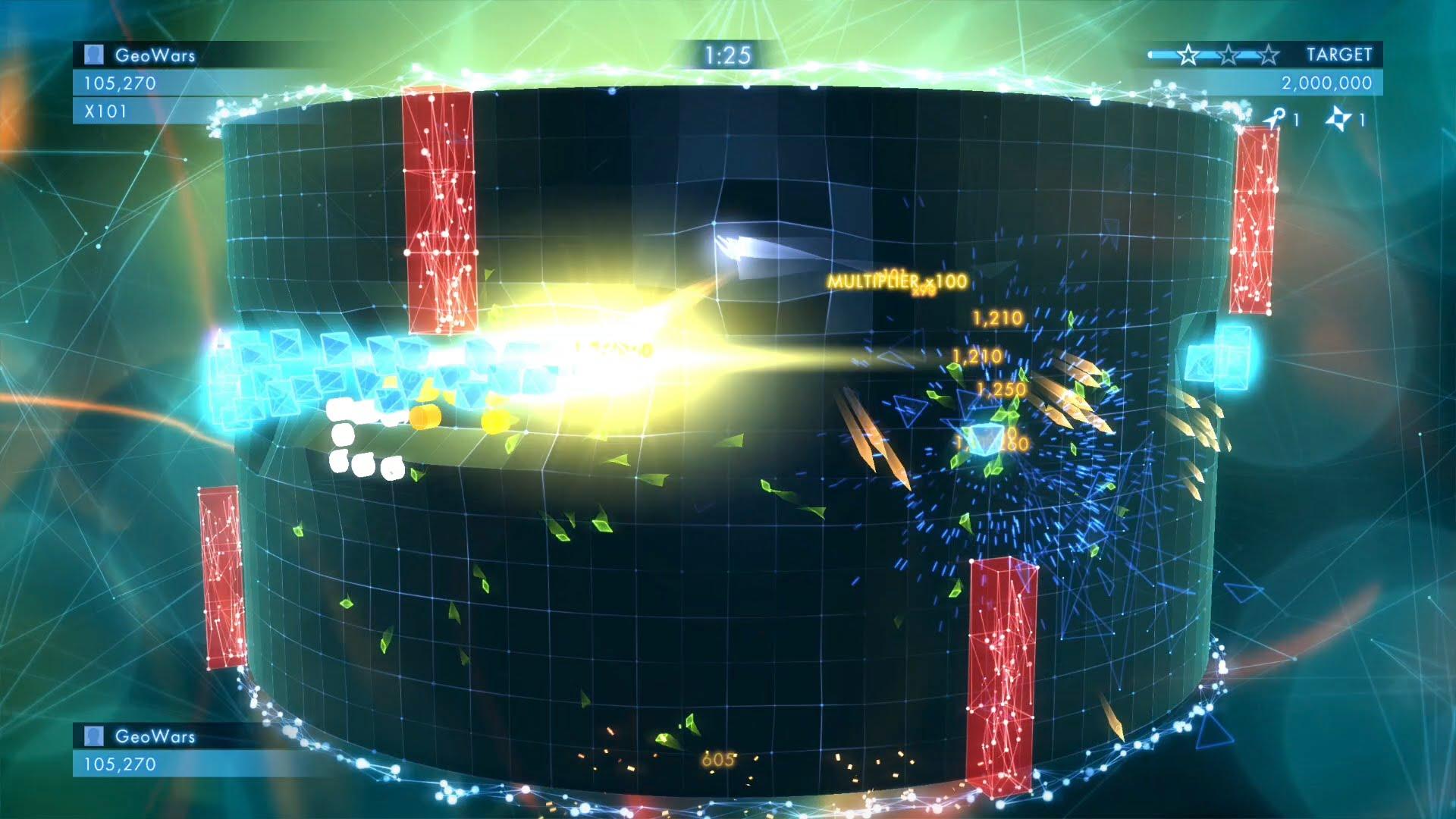 YouTube videos require cookies, you must accept their cookies to view. View cookie preferences.
Accept Cookies & Show   Direct Link
Geometry Wars 3: Dimensions was originally released in November of last year and was a day one Linux port thanks to Aspyr. This large content update was released in April on other platforms and for one reason or another we were left waiting until now.

The update features a whole slew of new content, including:

Additionally, it seems that changing the visual settings on Linux is now supported. We were previously locked into a single configuration so it's nice to be able to change things around to our own preferences.

I played a fair bit of the game pre-update and this seems like a good as an excuse as any to get back to it and take on the more challenging stages and discover the extra content. The fast gameplay combined with the slick visuals and energetic music make the game an enjoyable arcade-like experience.

View PC info
I think I end up buying this now - great news.

It's £5.89 on Steam, but it seems a better option to buy it from GameAgent.com here, where it's fifty pence cheaper and, I think, gives more money directly to Aspyr.

That said, I'm not sure on the delivery mechanism. Does buying on GameAgent give you a Steam key anyway?
0 Likes

View PC info
@scaine
AFAIK the game is steam-only, so any other webshop that sells it should hand you a steam key. IIRC Aspyr has a relationship with gameagent, so they get a bigger cut there (it's the store that's linked to if you go to the buy section on Aspyr's webpage). In that link the game is tagged with 'steam' so I think it's safe to assume they'll give you a steam key :)
0 Likes

View PC info
Sure enough! I clicked on "buy" it does indeed confirm that it's a Steam code you get.

Aspyr own GameAgent by the way - that's their relationship, hence the bigger cut.
0 Likes

View PC info
It still crashes after loading for about 30 seconds on Slackware. I'm very upset because I haven't been able to play this game at all under my system and the support hasn't been there.
0 Likes
M@GOid 16 Jun, 2015
View PC info
Now finally I can play at 1080p. Worlds of difference.
0 Likes

View PC info
Excellent! This is such an awesome arcade game, a true gem.
0 Likes

Quoting: XylemonIt still crashes after loading for about 30 seconds on Slackware. I'm very upset because I haven't been able to play this game at all under my system and the support hasn't been there.