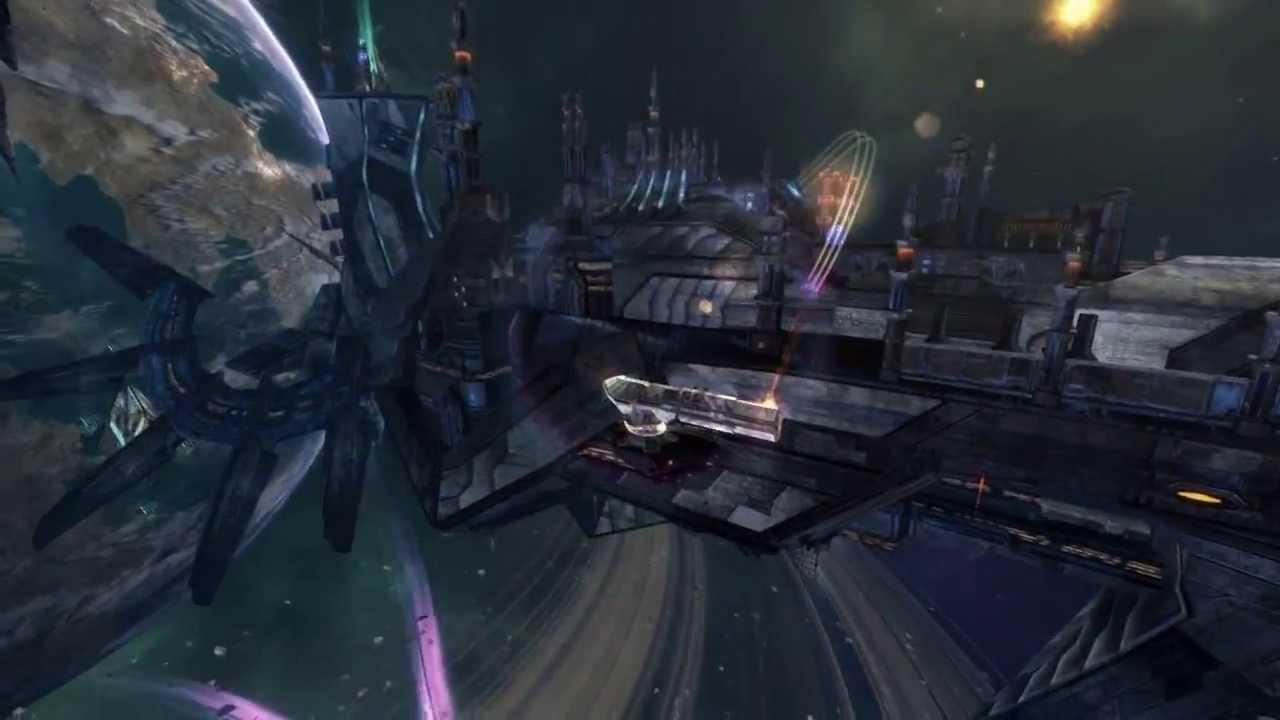 It’s great to see it get a Linux release, as they originally tried funding on Kickstarter and failed, then they found a partner in Bandai Namco for funding. This new update uses Unity 5.1, and they decided to publish it for Linux after a beta test I was part of.

Sadly I couldn’t play it much during their Linux beta, due to the input being completely broken for me. It seems with the release a fix slipped in somewhere (probably a Unity issue) and it’s fine now.

About the game (Official)
Your Ships. Your Team. Your Victories.

GoD Factory: Wingmen is a multiplayer space combat game played through fast-paced and intense 4 vs 4 player matches. This unique blend of competitive multiplayer and tactical space combat will keep you busy and challenged for hundreds of hours.

Bring your friend and defeat the enemy’s Carrier!

Lead 4 original species to victory in a galactic battle under the silent watch of gigantic GoD defying the laws of physics. Develop and customize powerful gunships and embark on this tactical battle with your friends! Share your gunships, cooperate and experience pure multiplayer greatness where every player's contribution matters. Survive the relentless fire of enemy players through a visually dazzling and frantic space shooter, and ultimately defeat the opponent’s Carrier!

Check out GoD Factory: Wingmen on Steam.
Article taken from GamingOnLinux.com.
Tags: Action, Simulation, Steam
0 Likes
We do often include affiliate links to earn us some pennies. We are currently affiliated with GOG, Humble Store and Paradox Interactive. See more here.
About the author - Liam Dawe

ricki42 8 November 2015 at 1:33 pm UTC
View PC info
I definitely like how this looks, but I'm not much into multiplayer (I just suck, and I don't want witnesses :p ). It says it's got bots, is it possible to play solo practice matches? Or is that just a short tutorial?
Did you play this with controller or kb&m? Steam site says 'partial controller support', I guess flight controls work with controller?
0 Likes

View PC info
This looks hawt, at first I saw some visuals and I thought it was the new descent. Definitely gonna put a eye on this one, hopefully it'll be Steam Controller friendly.
0 Likes

View PC info
This is pretty cool news. It's taken, literally, years, but we finally have a Nine Dots game on Linux! Congrats to the devs and I hope the result is reasonably bug free and playable.

We actually covered Outward on the Funding Crowd #44, back in April this year, noting that Nine Dots promised, then failed to deliver on GoD Factory for Linux and that the appearance of Outward on Kickstarter probably signalled the end of any hope of playing GoD Factory on our beloved penguin.

Nice to be proven wrong!
1 Likes, Who?

ricki42It says it's got bots, is it possible to play solo practice matches? Or is that just a short tutorial?

I just got done playing a round with bots. The game has a tutorial section and if you create a private room you can fill all the remaining slots with bots. It even rewards you with skill points for playing against bots. However, I am not sure if there is a penalty in points acquired due to playing with bots. I haven't played humans to compare. Yet the game has penalties for uneven teams so it is not hard to image that player kills get you more. (The game will give you a warning if the teams are uneven via lobby).

Yes you can play with a controller or KB&M. Plus you can use a joystick if you have one to dust off and use. However, to launch your ship and guide through some of the menus you have to use a mouse. Unless your joystick has a mouse control of some sort you are juggling controls.

Two of the annoyances I say comes with this game is setting the controller & joystick mappings up and going back to the main menu/Home screen (button has a house). You can't be in a game and test it out at the same time exactly. I tried all three of these and the controller & joystick setup may be on screen, but even the tutorial does not pause the game so your ship just keeps going. Once you do have it set to your liking and told the game what controller you're using it seems to want to ask you each time what type of control type you want to use. Every time I went back to the main menu to click say the "Hanger" button or other options I had to go through selecting my control type each time. Good news is I did not have to re-map my controls again each time.
1 Likes, Who?