The Universim [Official Site], the god game from Crytivo is finally going to be available on Steam in Early Access on August 28th.

It's been a long road, with the game being funded on Kickstarter way back in 2014. I personally backed them way after this towards the end of 2015 on their website directly, so I've been watching it slowly evolve.

I spoke to Alex Koshelkov, Founder & CEO Crytivo last night. They confirmed to me that the Steam Early Access release will indeed have a Linux version, which will not use their current updater (which requires a mono-complete install to work) since it will update via Steam directly which is going to be much nicer. The actual game is built from Unity, so it should be fine.

They plan to remain in Early Access for around one year to a year and a half, since there's still plenty of work to do.

Here's a video of how it runs on Linux right now during the early stages. It does seem to run quite nicely, honestly it's vastly improved since I last tried it. Keep in mind this is a work in progress game: 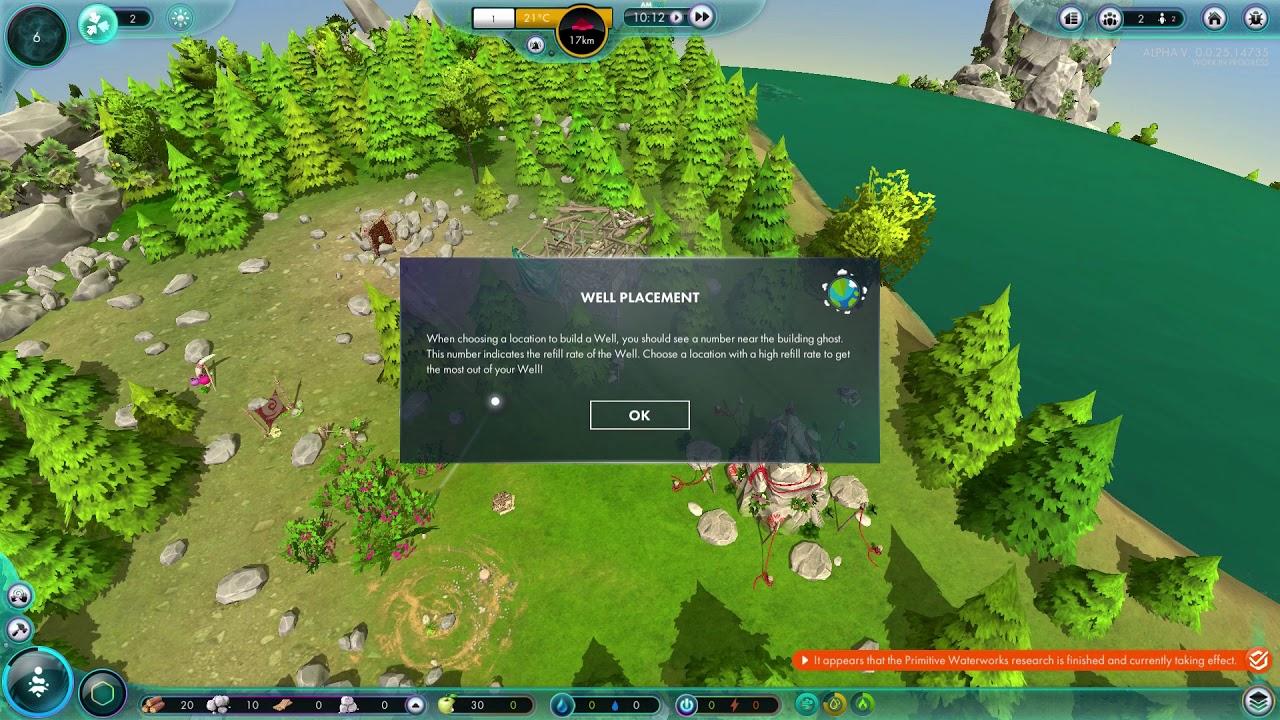 If you do wish to check it out now, you can grab it from the official site.

Article taken from GamingOnLinux.com.
Tags: Early Access, Indie Game, Simulation, Steam, Strategy, Upcoming
5 Likes, Who?
We do often include affiliate links to earn us some pennies. We are currently affiliated with GOG and Humble Store. See more here.
About the author - Liam Dawe

QuoteDoctors can heal themselves by smoking herbs. No . Not that kinds of herb.

Jokes aside the game looks nice , reminds me of Populous from 1999.

View PC info
I was one of the Kickstarter backers and it's really nice to see just how much work has gone into the game. Even at this stage it's looking slick and they're pretty much nailed down the first era already so most of the core gameplay is solid. But as you say, a lot left to do and I can't wait to play the finished product next year sometime.
0 Likes

Quoting: razing32Jokes aside the game looks nice , reminds me of Populous from 1999.

They say it in the article :

QuoteThe actual game is built from Unity, so it should be fine.

View PC info
As long as they implement getting to other worlds/space-tech as implied, this looks to be great!
0 Likes

View PC info
Dunno if it has been mentioned earlier but they also launched their own store some time ago (yeah, I know it's on their site) and they seem to be very passionate and serious about it so that's nice.
I guess the % of games available on Linux isn't half bad either :)

I really like the game but haven't played it for a while. It has a nice feel to it and the planet looks really nice. You do have to plan and use your brain but I guess that's a good thing :P
0 Likes

Quoting: TiedemannI guess the % of games available on Linux isn't half bad either :)

Last I checked, it was only Universim that had Linux support. I see they have since added Jettomero, Astrokill, and Crest, so it's nice to see the list growing.
0 Likes

Quoting: TiedemannI guess the % of games available on Linux isn't half bad either :)

Last I checked, it was only Universim that had Linux support. I see they have since added Jettomero, Astrokill, and Crest, so it's nice to see the list growing.

Last time I looked it was only Universim and Jettomero, so yeah. Good to see there's more now.

Honestly I didn't realise Astrokill was part of their stable.
0 Likes

At least the population in this game won't have to deal with two big creatures "playing" with them :P
1 Likes, Who?
1/2»
While you're here, please consider supporting GamingOnLinux on: