GOG adds a bunch of NEO GEO classics, some have Linux support 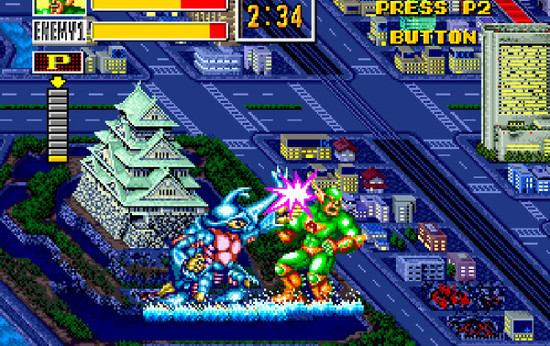 GOG have just added 15 NEO GEO classic titles and some of them have Linux support, here's a run-down for you.

Out of the 15 they now have, 7 have "official" Linux support:

All the others, like the Metal Slug series weirdly have unsupported Linux versions included as "bonus" content.

See the GOG news about it here.

Worth noting, there was a Humble Bundle that had these and more back in 2015, so it's likely Humble had some sort of exclusive deal on them for a while. Hopefully they will add more in future!

Will hopefully please some of you that missed the previous Humble Bundle with them in. Article taken from GamingOnLinux.com.
Tags: GOG, Retro
4 Likes , Who?
Share

View PC info
It is worth adding that despite there's no Linux icon, the Metal Slug games also come with Mac and Linux installers.

There's a small note in each of the Metal Slug game pages:

I can only guess unsupported means that if these versions don't work, support may not be able to help you if you run into a problem. For the record I bought all 4 and tested them and besides the well known stuttering from the DotEmu port, the games run fine and are perfectly playable on Linux.

iplaygameswearingatux 30 May, 2017
Could anyone please confirm whether the games are playable in MAME?

What I would love to see is for games on GOG.com with source ports to include just the relevant game data files as unsupported bonus content like this, so that you do not need to download Windows installers and binaries in order to play them on Linux or macOS (or indeed even on Windows).

Maybe they would consider it now.

View PC info
Actually they all have linux version, either officially or as unsupported bonus content, so it seems they all should work, just some without 3rd party support given :). Thanks for mentioning Avehicle7887!

View PC info
Strange, have updated the wording in the article to reflect that.
1 Likes, Who?

View PC info
Nice! I'll have to fire up lgogdownloader and add shortcuts in SteamOS.
1 Likes, Who?

Quoting: iplaygameswearingatuxCould anyone please confirm whether the games are playable in MAME?

Correct these are. They all work on Linux. They come with a MAME wrapper.
3 Likes, Who?
Guest 30 May, 2017
Bit of a shame these aren't all available in steam, they would make good SteamOS titles for local multiplayer. Still it's good that there available from GOG.
0 Likes

elmapul 30 May, 2017
View PC info
this is nothing new.
those games are avaliable on humble bundle too.
and buying on humble bundle, allow you to play on android or pc (windows, mac, linux)
0 Likes
1/5»
While you're here, please consider supporting GamingOnLinux on: