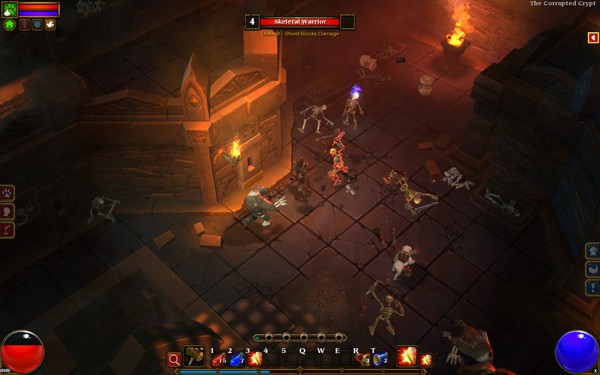 Article taken from GamingOnLinux.com.
Tags: DRM-Free, Game Sale, GOG
6 Likes, Who?
We do often include affiliate links to earn us some pennies. We are currently affiliated with GOG, Humble Store and Paradox Interactive. See more here.
About the author - Liam Dawe

I am the owner of GamingOnLinux. After discovering Linux back in the days of Mandrake in 2003, I constantly came back to check on the progress of Linux until Ubuntu appeared on the scene and it helped me to really love it. You can reach me easily by emailing GamingOnLinux directly.
See more from me
Some you may have missed, popular articles from the last month:
The comments on this article are closed.
32 comments
Page: «2/4»

Like someone else has already mentioned, I deliberately bought "Torchlight" from Humble store to get the LINUX DRM-Free download version that is hosted there. They don't like making it available because I believe it is buggy and they don't like dealing with Linux support calls. Your mileage may vary, as they say.
0 Likes

With all the technical people that use linux... and the majority of linux users do have technical backgrounds. It is pretty much biting off the hands that feeds us. And with the amount of public domain and open source programs including games, it is sad that it still happens in this community.

At least i will speak to my behalf.

I do piracy. But how and which products that i use cracked versions?

Not Linux supported ones. I think paying for a product that not support Linux is abysmal to my usage case. I try to run them via Wine , sometime with success , sometimes not.

Paying for a product is equal to me , expecting support. Since i can't expect support for a title i ran through Wine ; i'm not buying them.

If someday they start to support Linux , i will gladly buy them too. But until then , no Tux no bucks. Since running that piece of software is not guarenteed , therefore i don't need to pay.

View PC info
I would think twice before allowing Gog to "see" my steam account.
0 Likes

Quoting: SalvatosWhat is your proposed alternative?

As the steam account needs to be linked to GOG for the system to work I reckon a refund on Steam would show up on GOG & you'd lose the game on there as well, I'm guessing that's what would happen as I haven't tried it myself & I don't know of anyone who has either.
0 Likes

Quoting: SalvatosWhat is your proposed alternative?

Talking about the term "piracy."
0 Likes

View PC info
Have them both on Humble. GOG is not needed.
0 Likes

Quoting: LeopardI do piracy. But how and which products that i use cracked versions? Not Linux supported ones. I think paying for a product that not support Linux is abysmal to my usage case. I try to run them via Wine , sometime with success , sometimes not.

What if somebody is using OpenBSD? Would that be a good reason to not pay for games - but still play them - if they don't support OpenBSD?

Quoting: LeopardI do piracy. But how and which products that i use cracked versions? Not Linux supported ones. I think paying for a product that not support Linux is abysmal to my usage case. I try to run them via Wine , sometime with success , sometimes not.

What if somebody is using OpenBSD? Would that be a good reason to not pay for games - but still play them - if they don't support OpenBSD?

If it is not supported , why not?

Why are we paying for products in the first place?

Because by supporting platforms , developers or publishers are guarentee a certain level of compability and performance.

Just because of that ; i'm waiting for Everspace to get official support. I just want to get a solid performance natively and if it is not i want to refund.

You can't do that with buying a product which not supports your system , OS ; because this software is not designed to run on your device in the first place.

If i was excusing that for piracy , i would be pirating supported sofwares too. Which i'm not.

I just don't want to use Windows but there are some apps i want to use designed for Windows first place.

For example ; if one wants to pirate everything then he/she can go with fully Windows versions by using Windows or Wine.

There is nothing stopping them.

Linux is a heaven when you compare piracy to Windows area , there are so few people pirating Linux versions at all.

We want to support devs who supports us , but i can't do that by also buying not supported items too. In this case , i would support Windows ecosystem only for not expecting support and most importantly telling devs " There is no need for Linux support , i'm buying it anyway. "

From my POV , that is disrespectful for devs who cares about supporting and releasing a Linux version of their product.

Quoting: stretch611When I reloaded the page it listed both as unavailable. However both were in my account. I assume that "unavailable" was their poor choice of words for "you have this in your account already."

It's maybe a bit confusing, but they do show the reason why it's unavailable: 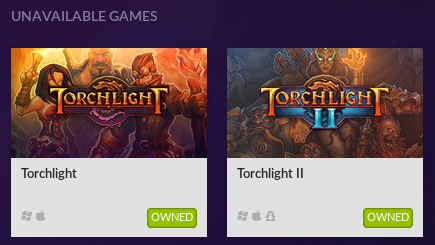 See the green "Owned" at the bottom right there? That means the games are unavailable because you already own them on GOG.com. When you don't have the game on Steam, the "Owned" says something else instead (can't remember what now).
0 Likes
«2/4»
While you're here, please consider supporting GamingOnLinux on: