GOL Asks: What Was Your Favourite Linux Game Release In August?

Personally, I'm seriously torn on this, as we had quite a number of great releases, but I think it's going to have to be Company of Heroes 2. The game has hooked me in with the interesting cut-scenes, and the great gameplay.

I've already put 9 hours into the game, and I even managed to play against Feral Interactive developer Edwin Smith yesterday for the BeatFeral livestream event they held. Beating Edwin isn't an achievement though, as he stated openly how bad he was: 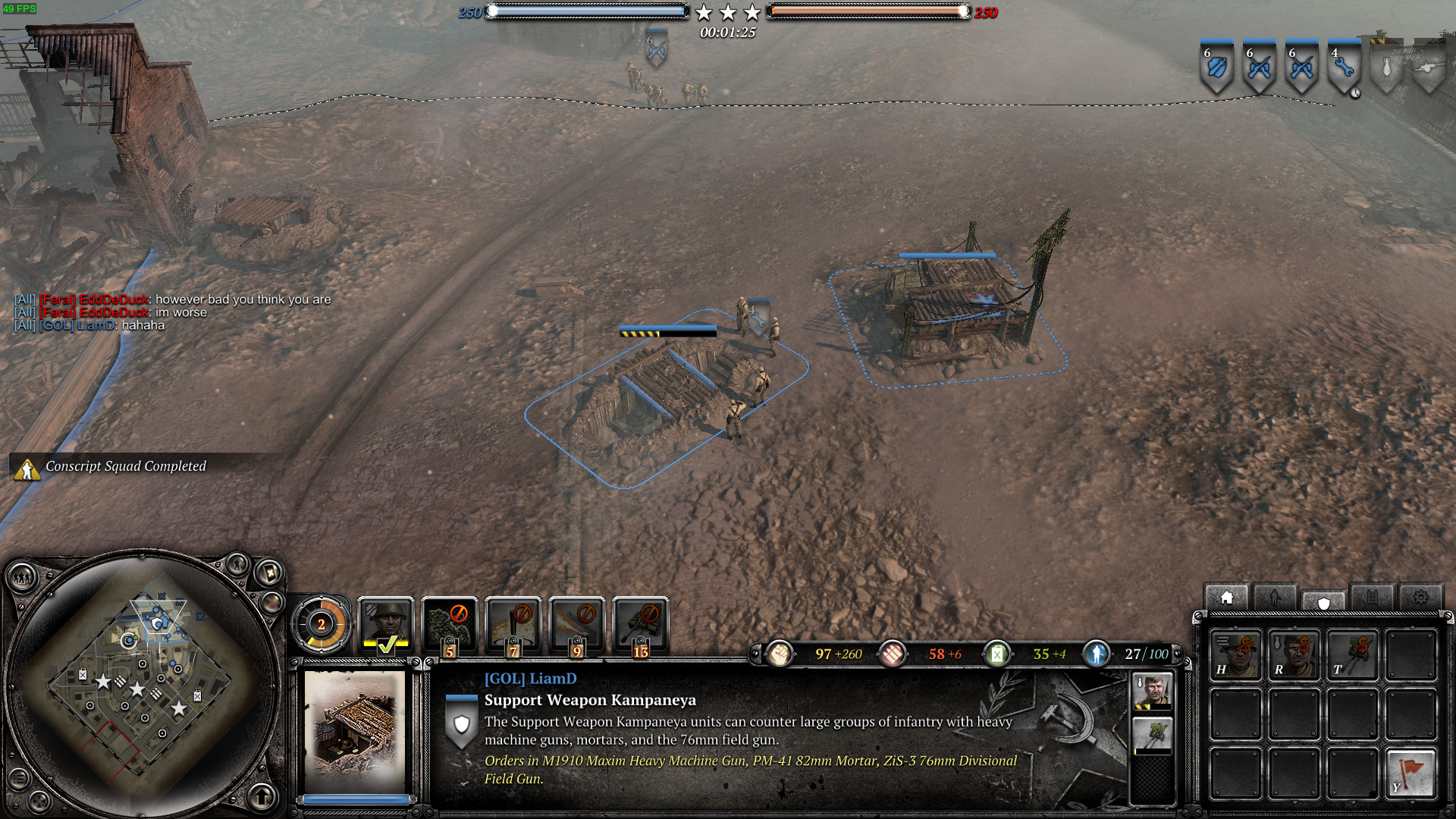 I look forward to playing more of you in Company of Heroes 2, but until then, what was your favourite Linux game from August's releases? Article taken from GamingOnLinux.com.
Tags: Editorial
0 Likes
Share

Liam Dawe 2 Sep, 2015
View PC info
I'm really impressed by the online battles in Company of Heroes 2, I need people to play against, so be sure to add me to Steam ;) "liamdawe" is my username.
0 Likes

Quoting: liamdaweI'm really impressed by the online battles in Company of Heroes 2, I need people to play against, so be sure to add me to Steam ;) "liamdawe" is my username.

I played against Feral last night too! I guess you were with the other team, which is why we didn't meet. I was up against Marc, Nick and Graham. Really awesome guys, I hope they do more of this.

The online multiplayer is really sweet, it's a shame I can never find anyone on it though.

(Shoutout to ZED, toye92, Arkdor and PsychoGhost, you guys were an awesome team!)
0 Likes

View PC info
I don't know if Shadow of Mordor was released in August, and COH2 don't work in my PC (it's a mistery), but the first one was the one and only in this month
0 Likes

View PC info
It's a close call between Shadowrun: Hong Kong and Crookz - The Big Heist for me.

S:HK was a game I knew I would like going in. I liked Shadowrun Returns and I loved Shadowrun: Dragonfall, so I had high expectations for S:HK going in. I'm likely about halfway through the game (I'm in no hurry) right now and I'm happy to report that it has not disappointed. This may be the most dialogue-heavy of the Shadowrun games, which is a plus for me, as I love reading. I also like how little combat there has been so far/how avoidable it is. This to me makes it play much like my own Shadowrun pencil & paper experiences from when I was younger. In the p&p game, at least the way we played it, combat skills were something you didn't use very often. Ideally, when you did a run, you broke into a place, got the information/items necessary to complete the job, and got out without ever tipping off security. The combat skills were there as a contingency for when a run went sideways. That's how I play S:HK, I try to avoid bloodshed as much as possible and ideally ghost missions. When that fails, I try to fast talk my way out. When that fails, I gotta pull out a shotgun and start blasting.

Crookz - The Big Heist sorta came out of nowhere. I remember a long time ago there was a live action trailer for it, then I didn't hear anything about the game and it became forgotten. Fast forward to a little over a week before launch and suddenly a wild free demo appears (something we don't see enough of these days), as reported on here. I played the demo and liked it enough that I pre-ordered the game (I like tactical games, I like stealth games, getting to play as a foxy black woman with an afro is a big plus too, I have no qualms about pre-ordering if I've physically played the game, since I'm making an informed purchase). My one fear after playing the demo was that the game would be too easy and too short. I'm about halfway through the game right now (again, no hurry, I play slowly) and I can happily report that the game is neither easy nor short. The missions have gotten progressively longer and more complicated. There are so many different moving (and stationary) parts to consider. The game is 80% planning and 20% execution, which is totally fine, as I very much enjoy casing a place and figuring out ways to bypass obstacles. The game works very much like a puzzle game in that regard. The interface is really elegant and user friendly, allowing you to set up long command chains and even adjust things easily on the fly when a plan starts to fall apart. I also like how there are usually multiple approaches to bypassing obstacles and how you can sometimes turn a mess up into an advantage.

It's hard for me to say which game I like better. I thought S:HK would be a slam dunk for my favorite release this month, considering how much I liked its predecessors, and it has absolutely delivered the goods, but Crookz is just so unexpectedly freakin' good. I can't choose between the two. It's a good problem to have. :D
1 Likes, Who?

View PC info
Shadowrun Hong Kong for me. It did not disappoint me at all. :)
0 Likes

Quoting: leillo1975I don't know if Shadow of Mordor was released in August,

It wasn't. July 30th.
0 Likes
1/5»
While you're here, please consider supporting GamingOnLinux on: