The developer of Golf for Workgroups [Steam] sent over a few keys for us to try out their attempt at making Golf a little different. You control a weird robot that can have a gun for a head, because why the hell not?

It's currently in Early Access so it's not finished, so take these thoughts with a grain of salt until the game is finished. That said, it's been developed on and off over the period of a few years originally under the name of "Golf?" as far back as 2008. 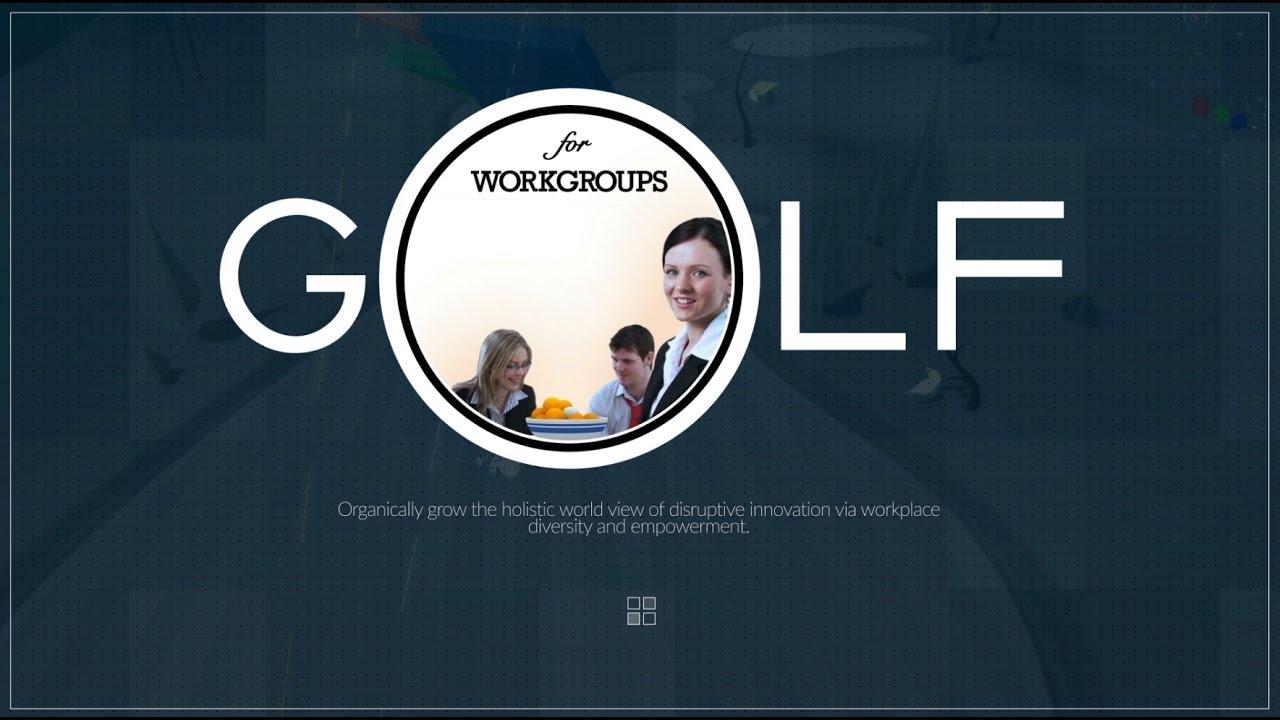 YouTube videos require cookies, you must accept their cookies to view. View cookie preferences.
Accept Cookies & Show   Direct Link
It doesn't really give you any instructions, but luckily it's not too difficult to figure out. Right click to drop your ball, left click to start swinging. The interesting part is that you're actually swinging the club with your mouse, controlling the angle and how hard you hit it. That part is actually done really damn well, it's a pretty fun game mechanic by itself. Sadly, that's where the fun starts and ends.

The problem I found with it, is that it gives off a lifeless impression overall. The music is endlessly repetitive and even slightly depressing, the only mechanic that's interesting is how you control your swing and everything else is just dull. I'm going to be honest, I didn't really get it. I like Golf, played it a number of times over the years on various courses, but this just doesn't seem to capture any of the fun of the game. It feels like a tech demo almost, which is a shame.

You can apparently drive the Golf Carts, which have rockets. It makes literally no sense, like they threw that in for the hell of it.

If they do continue to develop it, then it could be something, but it needs quite a bit of work with no introduction.

The only thing it's done is make me more curious about trying out Golf With Your Friends, which has an active player base and actually looks quite interesting. Article taken from GamingOnLinux.com.
Tags: Early Access, Indie Game, Review, Steam | Apps: Golf for Workgroups
2 Likes
Share

Quoting: liamdaweI'm going to be honest, I didn't really get it.

That's reassuring because I didn't get it either. Though rocket powered golf carts do look fun ... maybe they should just make a game about those and leave off any actual golfing. The golf carts could have golf ball Gatling guns and golf-tee mini-missles or something.
2 Likes, Who?

Quoting: liamdaweI'm going to be honest, I didn't really get it.

That's reassuring because I didn't get it either. Though rocket powered golf carts do look fun ... maybe they should just make a game about those and leave off any actual golfing. The golf carts could have golf ball Gatling guns and golf-tee mini-missles or something.

The carts are the bit I don't get the most. Why go through the trouble of making a golf game, where the arm is simulated so you control the swing...to put in carts with rockets? It literally makes no sense to me. What is the game trying to be?
1 Likes, Who?

View PC info
Looks quitte Nice, it's a shame it probably requires Linux 3.11, though...
1 Likes, Who?

QuoteThe only thing it's done is make me more curious about trying out Golf With Your Friends, which has an active player base and actually looks quite interesting.

If you haven't tried it, it looks like a pretty fun game if you have some friends to play with. (I haven't tried it myself, but I've watched several YouTubers I watch try it out with friends.)
0 Likes

TapocoL 10 Jul, 2017
View PC info
Golf with your Friends is pretty fun with others and to me a worthwhile buy for a gaming group. However, every update seems to fix some problems and introduce more problems. My last couple plays (a few weeks ago), I had to start the game in windowed mode and then change to fullscreen in game to get it to work. Might want to wait until it is out of early access.
0 Likes