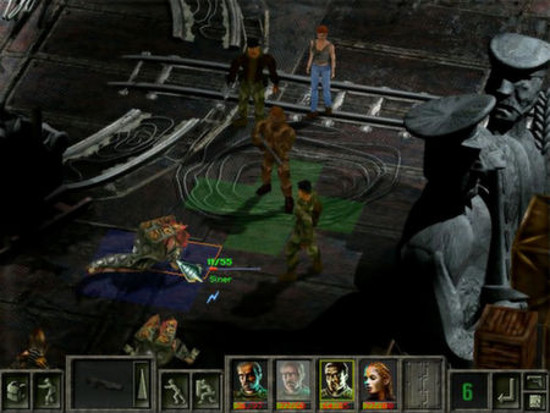 Topware are certainly delivering on their promise of supporting old games with Wine. This time Gorky 17 gets the treatment, and a beta has been opened for testing on Steam.

the Wine port of the game is almost ready for public release. The game was tested on a SteamOS, Ubuntu 15.10 and Arch Linux, however as you know there are many different Linux flavors, not to mention hardware configurations, therefore they might be some issues not yet discovered and thus resolved.

I encourage those of you who already have the game in their library to test it, any feedback will be appreciated. Beta access code is:

If you encounter any problems please attach G17.log.txt (located in game folder) as well as a short description. Thank you!

They have also put it on sale until the 4th, and it's insanely cheap.

About the game
November 2008. NATO intelligence services report that, for reasons unknown, the Russian military has destroyed GORKY 17, one of the old Soviet "Secret Cities". A year later NATO takes over a former Russian secret base built on Polish soil. Diggers discover a laboratory complex in the completely demolished town. After examining the wreckage, NATO decides to leave the lab as it is. But shortly afterwards the town's previously deserted streets are suddenly teeming with hordes of grotesquely deformed creatures. Word soon gets out to the media, making it impossible for NATO to simply destroy the site. So troops are ordered to hermetically seal the area. Nobody is allowed in or out. A team of three NATO specialists under the leadership of the Canadian Cole Sullivan is sent in to examine the horrifying events on the ground.

Thanks for the tip ziabice.

I'm still perfectly fine with this move, it's a really old title that won't really earn all that much. It makes using Wine less annoying than configuring yourself too. Messing with Wine isn't something you expect SteamOS users to do either. Article taken from GamingOnLinux.com.
Tags: Beta, RPG, Steam, Strategy, Wine
0 Likes
Share

Pecisk 1 Apr, 2016
View PC info
That game was actually a bit fun. And yeah, I don't see any issues companies using prepared Wine setups for releasing games on Linux - I mean, I could even encourage it.
2 Likes, Who?

View PC info
The game is really neat. I replayed it when it came to Windows a few years ago. Great that this is on Linux now. Downloading and testing ...
0 Likes

Quoting: hallieballieIs this another Gorky 17 than Gorky 17 from Linux Game Publishing from 2006


Yeah I believe it's the same title that had been ported natively back then. Tried out the demo once and it seemed like a very promising title based on that back then.
0 Likes

View PC info
I have mixed feelings about Wine ports. On one hand it's nice to see these games on Linux, but then I think, you could already run them in Wine, so it's not like they have done anything I couldn't have done myself.
1 Likes, Who?

View PC info
Tried it, game crashed immediately with a DirectX problem after the intro video that is shown when starting a new game. Posted the info and log in the Steam thread about the Linux beta, let's see if this can be fixed soon, from the description this game sounds like a Jagged Alliance 2 type of game and I really like that one.
On another note, I don't care if it is "ported" using Wine, as long as it works as it should, I think for older games this is a feasible and for the developers cost-effective solution that gives us more games without having to have to run Steam with Wine (hm, is this correct English? It sounds weird).

View PC info
I don't mind if the old games are ported with Wine, but they must work perfect, without bugs, like a ported or native game.

I would like to play games like Commandos SAGA or Deus EX, and I think that wine is a good and cheap solution to this old games

View PC info
Good game. Quite unforgiving. Has a neat chess battle system. I wouldn't mind playing it again, but I'll wait until the Linux wine port is fully released and nice and stable.
0 Likes

wojtek88 1 Apr, 2016
View PC info
I said it multiple times already and I will do it once again - I think that Wine ports are a good idea for older titles, but they have to be seamless for the user.
Unfortunately Topware Wine ports are not seamless for me - In Earth 2160 and Knights and Merchants I cannot alt+tab from the game and back to it, I cannot even start steam overlay and go back to game - it causes freeze in a game.
In my opinion it is important to have this issues fixed if this titles are meant to work correctly for Steam OS users and Valve wants to have library of good titles working correctly on their platform.

Anyway, I bought Earth 2160, Knights and Merchants and now Gorky 17 (even if port is not officially done, it is in beta, but for K&M it was few days to leave beta phase) and all this games costed me overall below 2 euros. For me it is a good deal, even with the issues I currently have.

View PC info
Cool! This was another one of the titles I bought for windows and never quite got around to playing before "The Switch", and it's great to get the opportunity after all.
0 Likes
1/3»
While you're here, please consider supporting GamingOnLinux on: