You might remember I wrote about the gory FPS 'Apocryph' [Steam, Official Site] and that the developer was planning a Linux version, well, they've put out a test build for Linux already.

I've tested it out myself and it's actually pretty damn good. Performance wasn't amazing, but the game is still in development and this is an early test build, but it's extremely promising that it works so well this early on.

Here's some shots from the Linux build on High details: 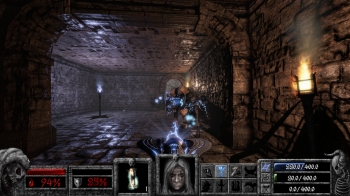 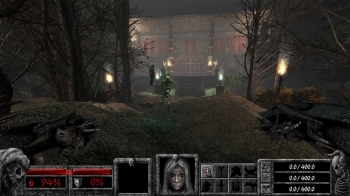 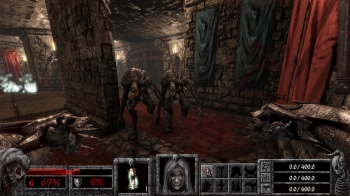 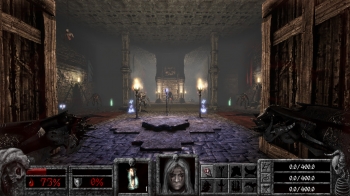 They've certainly managed to capture the feel of old-school shooters and it does look really quite lush. A bit odd having the retro style UI with such pretty environment graphics, but it works in a weird way.

Find the link to the Linux build on Steam here.

It's set to release in "Q1 2018", hopefully if the Linux testing goes well they might be able to provide Linux support at the release, that sure would be awesome.

Article taken from GamingOnLinux.com.
Tags: Action, FPS, Indie Game, Steam
15 Likes, Who?
We do often include affiliate links to earn us some pennies. We are currently affiliated with GOG and Humble Store. See more here.
About the author - Liam Dawe

View PC info
Part of my comment on Steam is "This is HEXEN REBORN" I will be buying this one as soon as I can, it looks AMAZING!
2 Likes, Who?

View PC info
Yay! I'd forgotten about this game---as I forget about all "planned Linux" games mentioned by devs. But now that Apocryph has a Linux version under development, it's going on my wishlist! Any groovy looking FPS that comes to Linux is a cause for celebration!

Quoting: meggermanLooking at screenshot I thought it was 4 player local co-op :O

Hah. That's one of the newer features I hooked up this year, to have thumbnails auto generated for in-article picture uploads, handy for stuff like this :)
1 Likes, Who?

View PC info
Just played the Alpha build. It seems to run well so far other than the fact I'm having sounds problems, IE no sound I do not know if it is because I have a music played on in the background that is running directly on ALSA or what. But I will look into it and let the dev know if I discover that it was not my music player.
0 Likes

View PC info
This has Hexen (and Heretic) written all over it! Good stuff.
0 Likes

View PC info
They seem to be pretty serious about their Linux port. There's even a Vulkan build out there.
0 Likes
While you're here, please consider supporting GamingOnLinux on: