While Shelly “Bombshell” Harrison earned her codename defusing bombs for the Global Defense Force, when evil transhumanist mastermind Dr. Jadus Heskel unleashes the members of his cybernetic cult onto the streets of Neo DC, she knows it’s time to start causing explosions instead of preventing them. 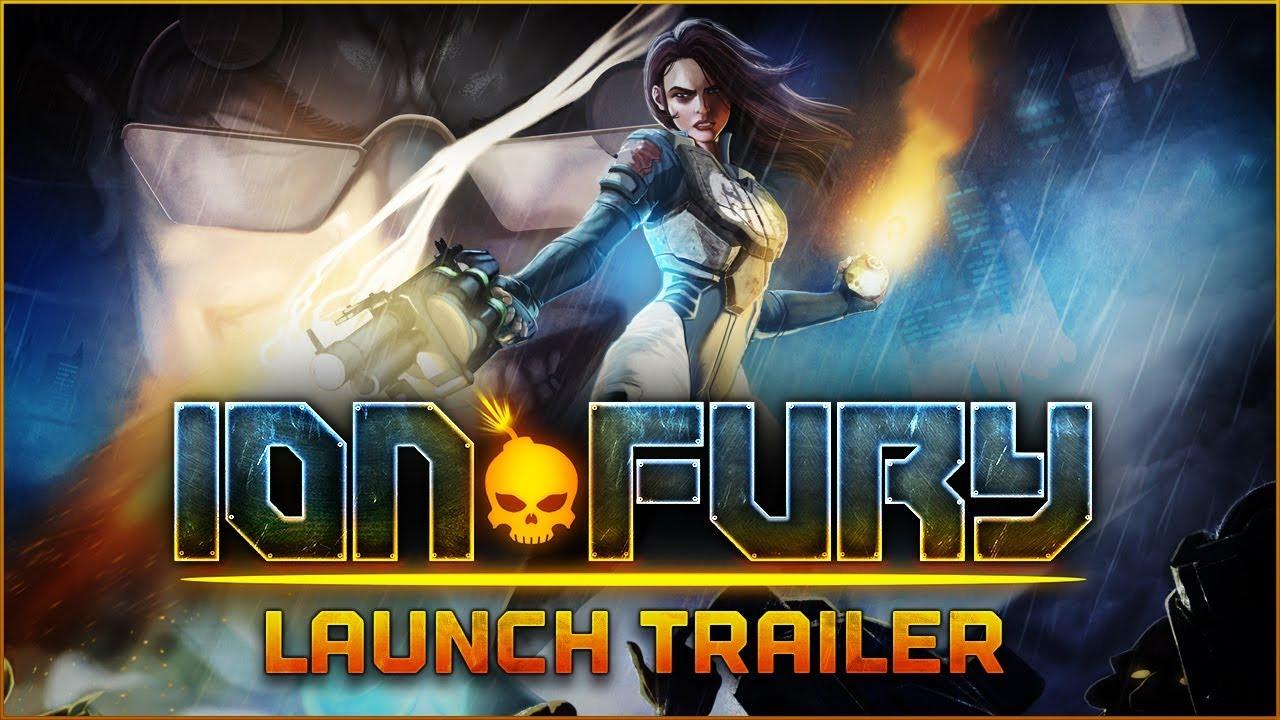 A review with some actual proper thoughts may come later, as sadly the pre-release build did not include a Linux version.

I've given it a quick blast now that it's out and as expected, it does seem to run very nicely. Love the one-liners, "I spray, you pray!"—hah brings back some memories of ol' Duke that's for sure. Awesome weapons too, a sub-machine gun that sets people on fire, yeah sure why not! 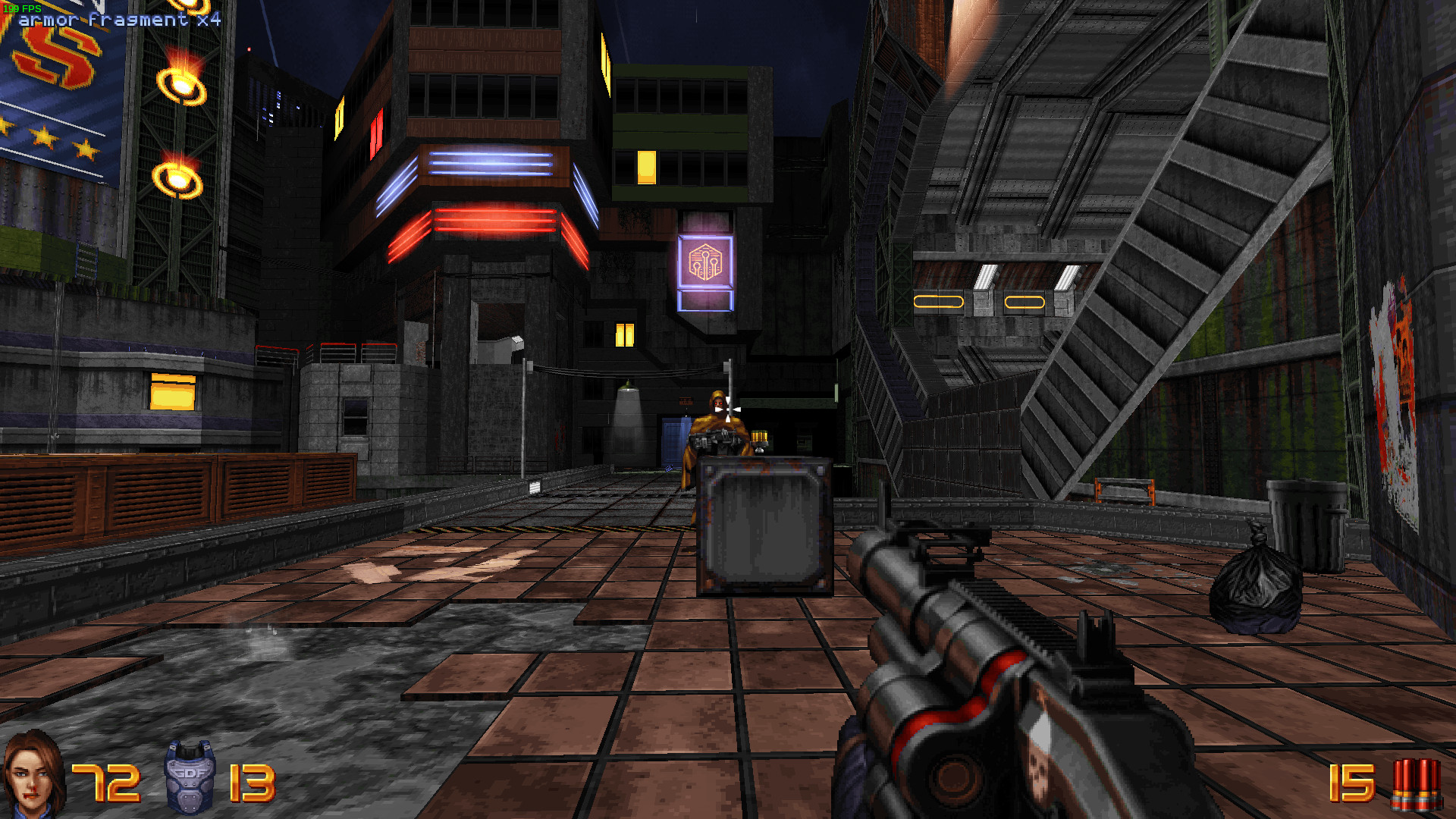 "For the first time in over 20 years, 3D Realms is back at its roots, doing what we’re doing best. Our community has been so patient and excited for Ion Fury," said Frederik Schreiber, VP at 3D Realms. "We are so pleased to bring Ion Fury to our fans so they can experience a fresh take on classic ‘90s destruction for themselves." 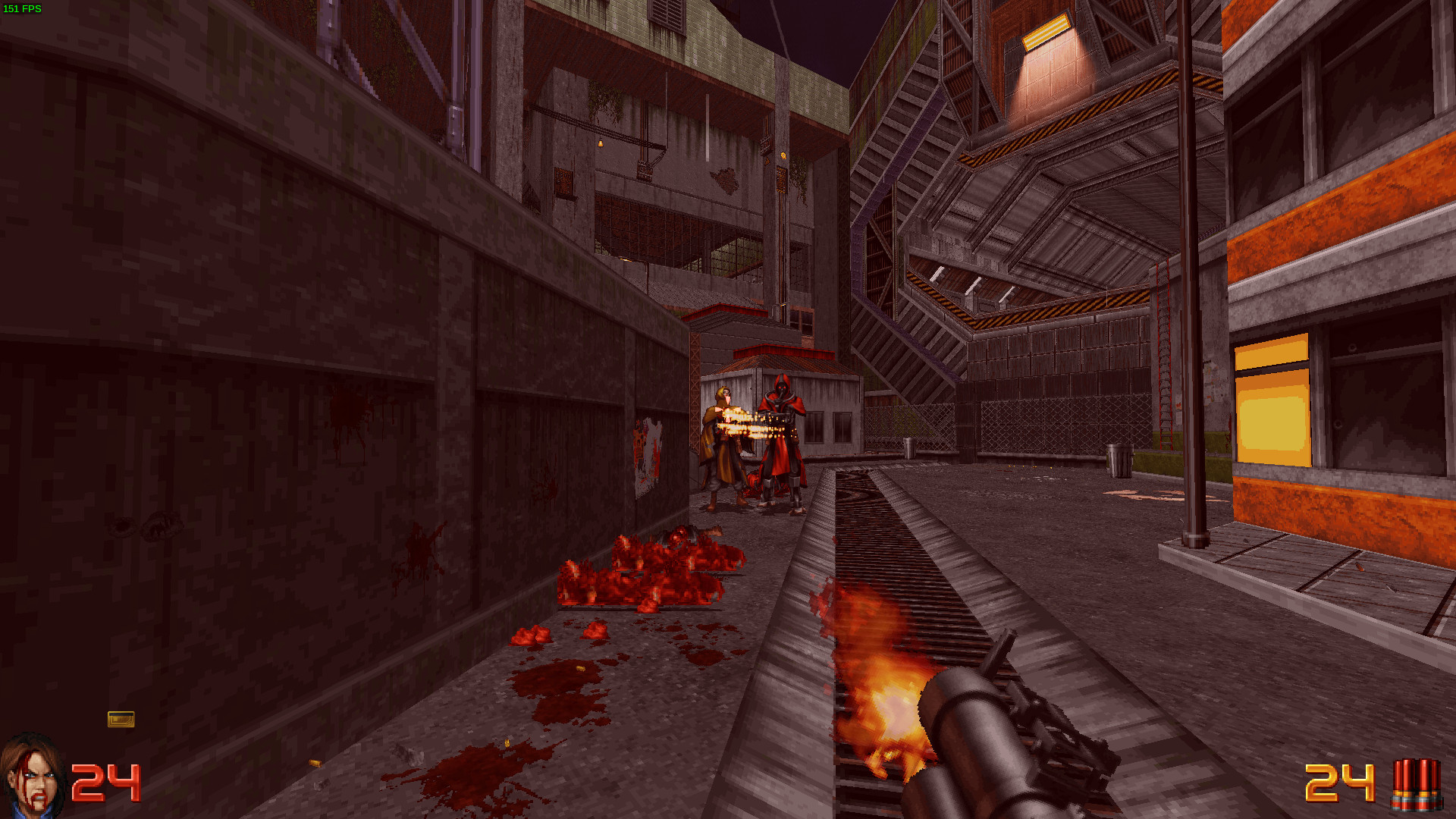 Even in the short time I've had with the full version today, it's been a blast. I really didn't want to put it down to even write this little bit on it, I'm enjoying it that much. It's also managed to freak me out a little already with some of the enemy designs. Those god damn spider faces—not what I want to see in a dark alleyway. Whoever put that in is a devil!

If fast-paced retro-looking shooters and hunting for keys to open doors sounds like your thing, you can find Ion Fury on GOG and Steam.

Article taken from GamingOnLinux.com.
Tags: FPS, GOG, New Release, Retro, Steam, Ion Fury
25 Likes, Who?
We do often include affiliate links to earn us some pennies. We are currently affiliated with GOG, Humble Store and Paradox Interactive. See more information here.
About the author - Liam Dawe

I am the owner of GamingOnLinux. After discovering Linux back in the days of Mandrake in 2003, I constantly came back to check on the progress of Linux until Ubuntu appeared on the scene and it helped me to really love it. You can reach me easily by emailing GamingOnLinux directly.
See more from me
45 comments
Page: «2/5»

DuncThe sole global arbiter of all things Build Engine gave it a thumbs up, so it must be pretty good.

Seriously though, it does look awesome. And since it's based on eDuke32, I'm not surprised there's a Linux version. My only niggle would be that the price is maybe a little steep for something based on 20-year-old tech (we're so used to getting new levels for old engines and remakes in newer engines for free these days), but you certainly seem to get a lot of game for your money.

Because it's old tech it was sometimes a nightmare. It takes quite a lot of effort to do certain things - it took us four years as a matter of fact. The campaign is fairly long (around 8-10 hours for a first play), and you'd probably triple your time if you're a secret hunter.

I took a glimpse once in Silverman's original Build source code.

WHAT. AN. INCREDIBLE MESS.

No offense, this guy was very young.
Still, amazing that 3DRealms decided to base a commercial product on it.
And as we know the result was great.
2 Likes, Who?

Wait until you see my complex fever dream scripts for the game...
6 Likes, Who?

liamdaweI honestly don't understand how anyone can grumble at the price. This was a professionally made game, just like any other. The tech behind it is mostly meaningless against what the game itself is worth.

I did try to emphasize that it would be my only “niggle”, that I thought it was maybe a “little” steep, and that I think that's a result of being spoiled by so much free content for older engines. I'm certainly not grumbling, and I'm glad Mblackwell didn't take offence, because none was intended. As I also said, you do seem to get a lot of game for your money.

It does look amazing, and it's certainly on my list.

View PC info
Can't wait to start playing this, definitely on top of my "next" list.
I find the art of these games really inspiring and hope some artists take note of how to produce these 8-directional sprites.
0 Likes

View PC info
GOTY material. Seriously: this is GRAND. And the one-liners.... I feel like we have a bit of a rennaisance.
0 Likes

View PC info
Heh, in this version you can pick up some drinks (using E) to boost your health temporarily above 100%.
0 Likes

View PC info
For the nerds... You can build the newest eDuke32 source to play Ion Fury.