Game Dev Tycoon is now out on Steam, but not yet for Linux while they do have an older version for Linux on the website, we contacted them to find out what was up?

The Linux version being older isn't the only issue either, the demo gives off warnings when you install via the .deb file (for Debian based distro's like Ubuntu/Mint) so we asked about that too.

Apologies for the error. This was a silly oversight in the build script and we fixed this in the most recent Linux update of the full version (1.3.13). We seem to have overlooked updating the DEMO though. Our fault. Sorry about that.

Regarding the Linux version: It is *very likely* that the Linux version will come soon. We have some minor technical steps to complete and there are some other factors which, unfortunately, I cannot elaborate on right now.

We will update our player community with a more definitive statement as soon as we can.

Once we get past the before-mentioned obstacle we will update all Linux releases and aim to keep all releases at the same, up-to-date release. We will also update the DEMO versions.

We will provide more information on the ETA for a Linux update as soon as we can.

So something is currently keeping them from updating it to Linux but they won't tell us what that is? It does seem a little odd to me.

Personally I haven't tried it yet and I have been meaning to as I loved Game Dev Story on Android (the game's inspiration), but sadly when developers say things like this and leave Linux a bit in the dark it makes me not trust them.

About
Game Dev Tycoon is a business simulation game available for Windows, Mac and Linux as well as on the Windows 8 Store. In Game Dev Tycoon you replay the history of the gaming industry by starting your own video game development company in the 80s. Create best selling games. Research new technologies and invent new game types. Become the leader of the market and gain worldwide fans. 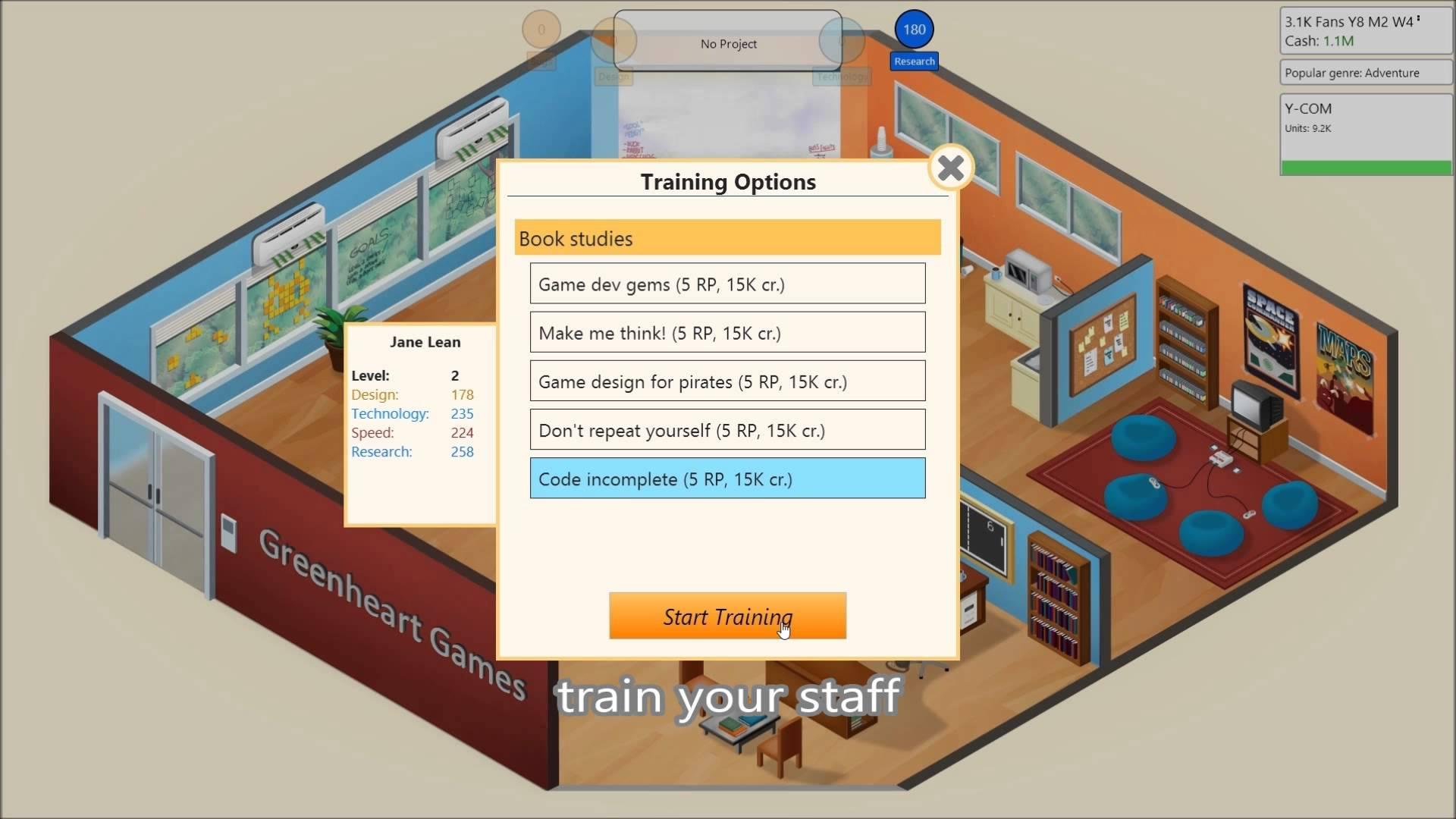 About the author - Liam Dawe
I am the owner of GamingOnLinux. After discovering Linux back in the days of Mandrake in 2003, I constantly came back to check on the progress of Linux until Ubuntu appeared on the scene and it helped me to really love it. You can reach me easily by emailing GamingOnLinux directly.
See more from me
Some you may have missed, popular articles from the last month:
The comments on this article are closed.
7 comments
Guest 2 Sep, 2013
The Pre-Steam Linux version was getting updates pretty much the same time as the Windows / Mac versions and they've been pretty helpful with Linux specific problems in their forum.

I don't see any reason for them to not be getting their Linux port working on Steam. They've been very open with most other aspects of the game.

I think it's just as likely that a Valve NDA is preventing them from talking about the "technical steps" as any other kind of speculation.

Liam Dawe 2 Sep, 2013
View PC info
I hope so, really want to try it!
0 Likes
SteamPenguin 2 Sep, 2013
I love this game its simple but fun and yeah they really supported Linux pre-Steam so give them a chance they will get it sorted, old version is also very easy to install on Arch Linux as someone has added it to the AUR :D It used to have a few bugs but now it seems to run fine for me, cant wait for them to start releasing Linux updates again.
0 Likes

View PC info
I loved Kairosoft's Game Dev Story on Android and this looks like a more in-depth spiritual successor, so I'll likely dip into my wallet for this one. Also, I loved what Greenheart did to highlight piracy - if you haven't read their awesome story, I'd recommend you do so. Very funny, in a really depressing kind of way.
0 Likes

View PC info
This is a great game. I played it a lot a few months ago but then put it down again, waiting for the steam release. Can't wait till they get it on steam.
0 Likes

View PC info
Also a fan of GDS on Android.. I tried this demo a long time back and liked it a lot. Hopefully they resolve this sooner than later.

While not the same type of game, I'd recommend Knights of Pen & Paper for fans of GDS.
0 Likes
Lord Avallon 3 Sep, 2013
It looks a very interesting and fun game.
0 Likes
While you're here, please consider supporting GamingOnLinux on: