The developed outlined in a recent post on their plans which includes Linux and Mac versions! 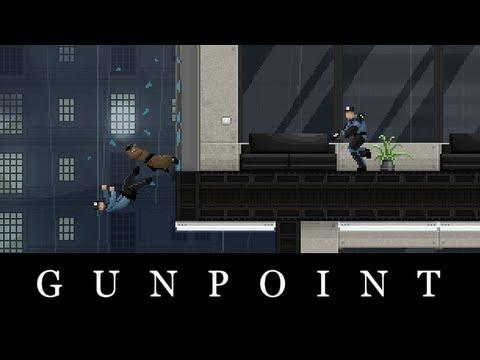 YouTube videos require cookies, you must accept their cookies to view. View cookie preferences.
Accept Cookies & Show   Direct Link
Looks awesome, good to see some more interesting games come to Linux. This is one I think I need to get, such a fun idea!

The bit in the trailer where you run at the security guard and push him out the window...should I feel bad about thinking "that was awesome"?

Remember it's always better to wait until the Linux version hits to buy it, for one you don't get stung if there are issues and two show the developer the spike in sales as a result of porting! Article taken from GamingOnLinux.com.
Tags: Indie Game, Upcoming
0 Likes
Share

We do often include affiliate links to earn us some pennies. We are currently affiliated with GOG and Humble Store. See more here.
About the author - Liam Dawe
I am the owner of GamingOnLinux. After discovering Linux back in the days of Mandrake in 2003, I constantly came back to check on the progress of Linux until Ubuntu appeared on the scene and it helped me to really love it. You can reach me easily by emailing GamingOnLinux directly.
See more from me
Some you may have missed, popular articles from the last month:
The comments on this article are closed.
3 comments
Lord Avallon 10 Aug, 2013
It´s awesome, I knew about the intentions of the developer to bring it to Linux already, but I didn´t thought it would be right now, I want this game for sure since the first video I watched.
0 Likes
xananax 11 Aug, 2013
I found it so interesting I gifted it to a friend since I wouldn't be able to play myself. I'll be happy to buy it again :)
0 Likes

Sabun 12 Aug, 2013
View PC info
Sweet! No doubt we're getting Linux support thanks to YoYoGames ensuring that Game Maker Studio supports Linux. Really goes to show that as long as the engines support Linux, the likeliness of us getting a Linux port of the game is almost a certainty. :)
0 Likes
While you're here, please consider supporting GamingOnLinux on: