I apparently missed the boat when it came to Guts and Glory [Steam, Official Site], a game a contributor covered here back in 2016. I've now played it and I came away both disturbed and highly amused.

In Guts and Glory you're taking part in the craziest game show on earth, one that thoroughly tore-up the health and safety rules and replaced them with mines, spikes, turrets and anything they can really think of to try and kill you.

What's hilarious, is the modes of transport you have in this racer. It's very much a comedy game for those of you with a dark sense of humour. You might be on a bike with a child on the back, strapped to a garden chair with a tank of gas hooked up to mini-boosters and so on. Honestly, the booster chair has to be my favourite.

I did a livestream of it tonight because I enjoyed messing with it so much myself, here's a cut of that showing some hilarity: 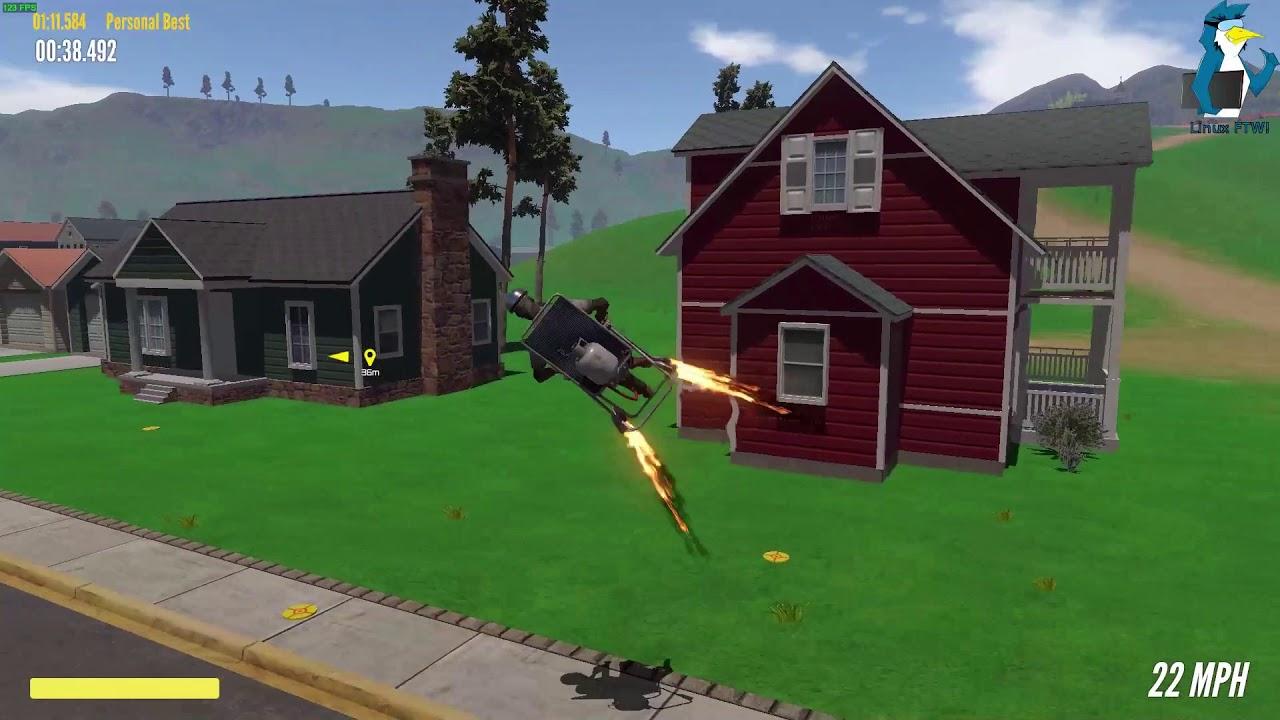 What's great about it, is that it has a built-in level editor with Steam Workshop support. Make your own levels, publish them and play others too.

The developer has put up a rough road-map for what's to come this year and it sounds awesome. It's getting a controls overhaul, so it's not so wonky, plenty of new levels, many more items for the level editor and plenty more which you can read about here.

If you're a bit on the sadistic side, you absolutely need this. What an absolutely joy to play! You can grab Guts and Glory on Steam.

Article taken from GamingOnLinux.com.
Tags: Early Access, Casual, Indie Game, Racing, Steam
8 Likes, Who?
We do often include affiliate links to earn us some pennies. We are currently affiliated with GOG, Humble Store and Paradox Interactive. See more here.
About the author - Liam Dawe

This one was hilarious. The game seems really fun
0 Likes

My timing to "blow my own trumpet" is never very good :D
2 Likes, Who?

View PC info
Thanks so much for the vid. I'm ill lying in bed but this made me laugh ( and cough ) several times. I must buy this.
1 Likes, Who?

View PC info
Fair play, that's looks great fun, I'm wishlisting this. And Liam, thanks for giving me hope that I can finish some of the courses :P
0 Likes

Quoting: fabertaweFair play, that's looks great fun, I'm wishlisting this. And Liam, thanks for giving me hope that I can finish some of the courses :P

My motto while livestreaming is: Good games, done badly.

View PC info
Surprised nobody commented this is a 3D version of Happy Wheels.
I remember when doing face cam gameplay on Youtube of that flash game was all the rage.
Damn I'm getting old.

View PC info
yeah it reminded me of Happy Wheels as well, i grabbed it awhile back the insane amount of player created courses makes this totally worthwhile along with the well developed main courses. to much fun when you just want a good laugh and you are bored of everything else.
0 Likes