Open world RPGs is something Linux has quite a big lack of, so the steampunk-inspired RPG Gyre: Nova State would be a welcome addition.

Currently on Kickstarter, where the developer is asking for CA$150K, they have quite a way to go with 23 days left and only CA$8K pledged. A shame they haven't had a lot of traction currently, as it does sound like it could be awesome. Here's how they describe it:

The world is based on an alternate history beginning in 1848, where over a dozen revolutions across Europe and Asia took a different turn. What followed was widespread, unrestricted technological experimentation. This resulted in scientific discoveries that allowed humans to adopt android form. Mechanized cities commonly referred to as “gyres” sprang forth and became focal points for the new android society.

Check out some gameplay from their Kickstarter video: 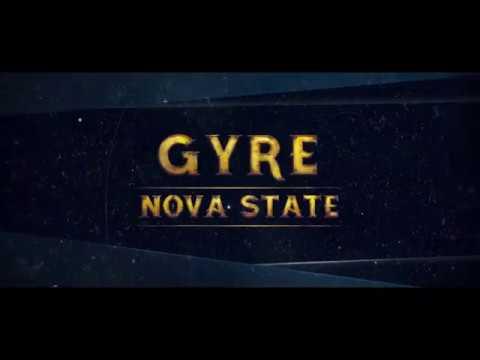 I have to admit, playing as a customizable Android certainly sounds exciting. Love how it looks with the scene (at around 1:07) where you're walking through grass next to some sort of tower, looks quite beautiful. Given what they've shown off, I'm actually a little shocked this isn't funded already.

It will feature a non-linear story that revolves around you and your actions, combat and stealth abilities, an open world larger than The Witcher 3, an NPC system that's apparently more advanced than the Nemesis system found in Shadow of War where NPCs will form factions and a deep crafting system.

View PC info
Worked on by a former BioWare designer, fair multiplatform declaration: “The platforms are Windows 10, Linux, Mac, PS4, and Xbox One. The Alpha is likely to be Windows only. We fully expect to have Mac and Linux support for the Beta.”, no PC=Windows as in “PC, Mac and Linux” bullshit. And the steampunk setting. I really like that.

I’d like to see one day a bit more realistic human-focused¹ steam-punk (19th century but with steam analytical machines connected to telegraphic teletype networks) rather than Victorian-era androids that are far more high-tech than what we do have now, but still I like it. :)

¹ or urban fantasy, ie. with humanoid dwarves, goblins, elves, & other fantasy races, but without too much magic.

View PC info
It looks good, kind of original setting but also full of promises, especially regarding narrative, that experience tells me to hold on fire for now. I hope they succeed and if it turns out to be a great game will definitely buy it.
1 Likes, Who?

elmapul 23 May, 2018
View PC info
i'm interested due to the steam punk aspects, but i already have more games in my wish list than i think its humanly possible to play in a single life, so i might skip that.

also they are promissing too much, an game should have focus, making an story that you can influence, build your own story is hard enough.
if they focus on story teling, they may achieve something close to that, but instead they will have an combat system with many options, they will have to sacrifice one of those 2 things.
either they have no idea that they will need to do that, or the game will be limited in one of those 2 things
[edit]
" rather than Victorian-era androids that are far more high-tech than what we do have now, but still I like it. "

Instabuy once it's out
1 Likes, Who?

View PC info
They had me at Steampunk. It's a shame about it being a kickstarter though, I don't do Kickstarter, ever.
2 Likes, Who?

Last month they tried to raise CA$ 250k for the same project, btw.

View PC info
It looks interesting, but this kickstarter seems more like a promotional tool than a way to bring in much needed funding. They are trying to raise an additional ~3% of their total budget? Really?
3 Likes, Who?
nitroflow 23 May, 2018

The sheer size of the map alone makes me weary, sounds like a whole lot of nothing to me and possibly lots of long distance busy work through said nothingness.
1 Likes, Who?

Reading through comments there it seems they just did not think over the reward tiers thoroughly (eg. they did not anticipate any physical rewards for higher tiers), and so closed the first campaign and relaunched it. Seems OK to me.

What is more suspicious for me is what cbones noticed a few comments above – that their Kickstarter goal makes only 3 % of their whole planned budget.
2 Likes, Who?

Quoting: silmethWhat is more suspicious for me is what cbones noticed a few comments above – that their Kickstarter goal makes only 3 % of their whole planned budget.