GZDOOM based fan game 'Castlevania: Simon's Destiny' has a nice graphical update out

Another GZDOOM fan game has been updated recently, this time we have the rather good Castlevania: Simon's Destiny.

For those not aware of it, here's how the developer describes it:

Castlevania : Simon's Destiny is a standalone non-profit GZDOOM based fan game born as a love letter to this legendary franchise.
This mod aims to reinvent the very first NES title of the franchise with a nostalgic yet brand new first person gameplay.
All the levels from the classic NES era game have been reimagined like never before, experience the tale of Simon's fight against Dracula and his army of the night!

The latest update, is mainly focused on graphical upgrades and it's looking pretty sweet. Here's the update trailer for V1.3: 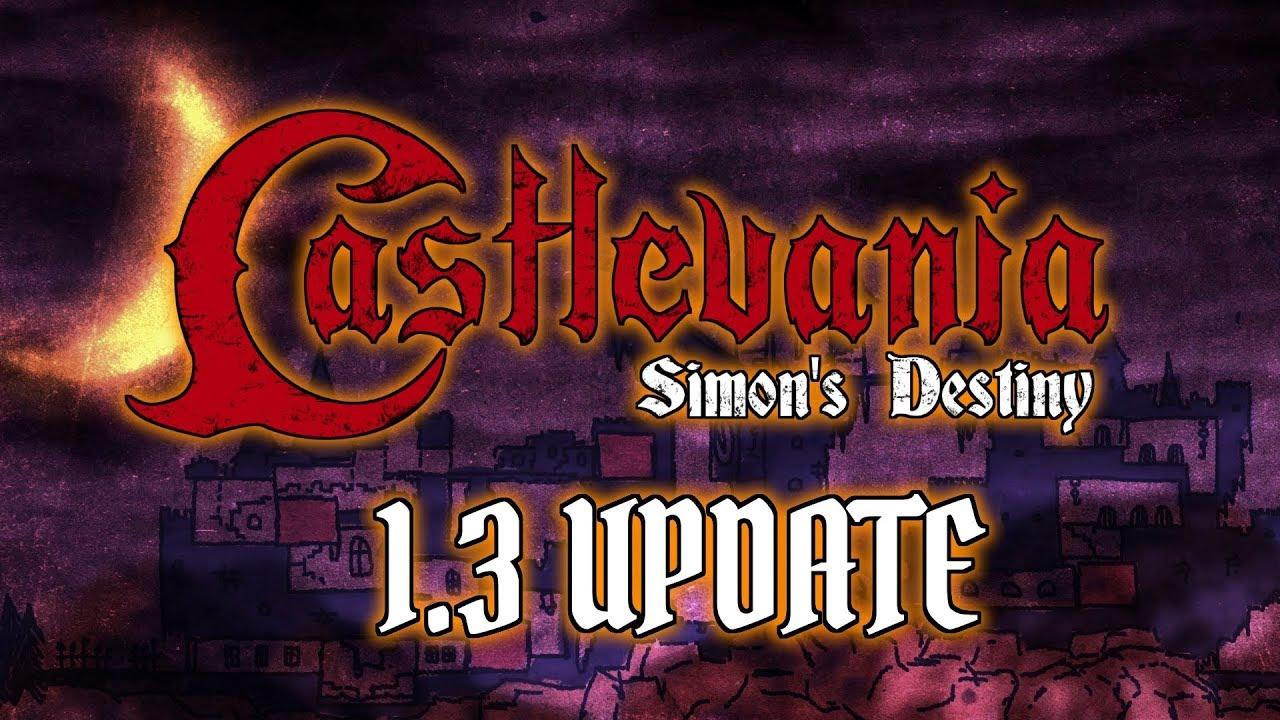 If you want to try it out, it requires GZDOOM 3.4.1 or higher which you can get from the official site.

You can find the official post on the game on the ZDoom forum (there's a couple of music addons available there) or Mod DB.

Once you have GZDoom installed, you can add the "Castlevania.ipk3" into "/.config/gzdoom". It actually seems to work without a Doom or Freedoom wad file, so you can simply run it like so from terminal:

Article taken from GamingOnLinux.com.
Tags: Free Game, Mod
12 Likes, Who?
We do often include affiliate links to earn us some pennies. We are currently affiliated with GOG, Humble Store and Paradox Interactive. See more here.
About the author - Liam Dawe

I am the owner of GamingOnLinux. After discovering Linux back in the days of Mandrake in 2003, I constantly came back to check on the progress of Linux until Ubuntu appeared on the scene and it helped me to really love it. You can reach me easily by emailing GamingOnLinux directly.
See more from me
Some you may have missed, popular articles from the last month:
The comments on this article are closed.
5 comments
Projectile Vomit 9 Jul, 2018

Saving this for later (at work, now)! I can't wait to check it out!
0 Likes

View PC info
Downloaded, played, and beat :B Never heard of this one, lovely fan project, as I enjoy both Doom and the classic Castlevania games. If you're in the same boat it's well worth killing an hour or so.

I find the idea of trying to apply Castlevania to a 2.5d game really fascinating, so I left some thoughts and criticisms below. Regardless I found the game itself fun for what it was :)

The 3d aspect does not play to Simon's favor, unfortunately. While I am glad that medusa heads don't send you flying, 3d platforming adds a new dimension to the wonky-ness. The physics of 2d Castlevania were very precise (i.e. simple); the axe knights could throw a low axe to jump over or high axe to duck (then the axe returns, but that's not in this game so w/e). Here I mostly dealt with them by popping in and out of cover and spamming my ranged weapon. The only time ducking is feasible is for the medusa heads since they move in a fixed pattern. Maybe they could've fixed this by locking the axis of enemy projectiles, but then you'd need to position them so they're not easily sniped from above or below... tricky.

The skeletons are done well, their bones fly at a predictable arc and they can only throw so far. However, when it comes to your own spec weapons I can only reccomend the boomerang-cross, dagger, and pocket-watch. The axe is really hard to use appropriately, figuring out the arc is strange in first person. It's also so short range it'll be useless in many situations, same goes for the holy water, which may have worked better with a bigger AOE.

Oh, and the whip is... alright. The range can be hard to predict in 3d, but the impact does feel satisfying on enemies you can use it on. It'll be useless against most projectile enemies (save for the skelly) and most bosses, since the whipping slows you down allowing for you to get shot in the face; but this can work in tandem with the watch.

Edit: And I should mention the aesthetics and soundtrack are nice. Breaking all the candles in the castle was appropriately nostalgic :B

View PC info
This looks crazy good. Makes me think of Blood and Hexen rolled in to one.
2 Likes, Who?

Can totally recommend! :D
0 Likes
alter-id 11 Jul, 2018
Lovely, but am I the only person who simply can not hit the bats?

a-i
0 Likes
While you're here, please consider supporting GamingOnLinux on: