Hand of Fate is a brilliant game, you should really give it a go on Linux & SteamOS 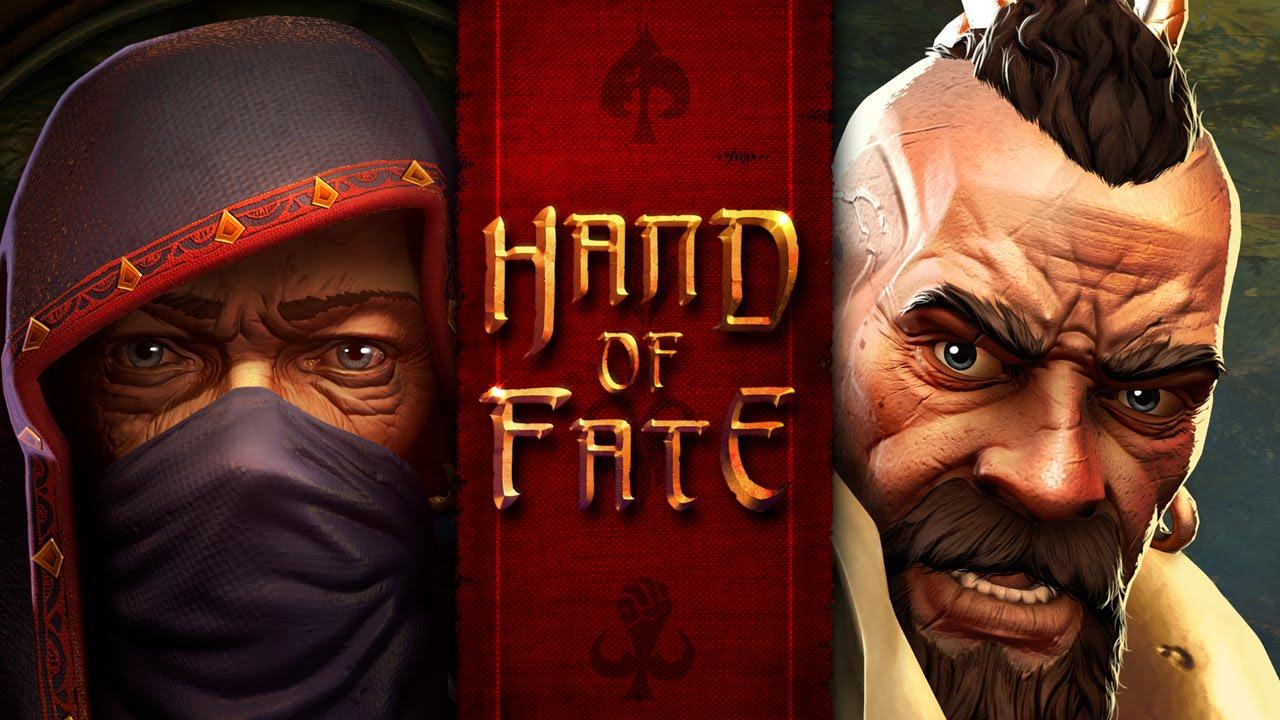 I only ever tried it briefly, and when Samsai gave it a go he said it was one of his favourite Early Access games. That's high praise, so I decided to give it a go now it's been out officially for a while and given some new content.

My thoughts
I had never played more than a few minutes of the game before, so I went into it mostly based on Samsai's thoughts and he's usually spot on when it comes to his thoughts on games.

I was very surprised at just how good the graphics are when you're sat at the table drawing cards, the scene is beautifully created. I was just as surprised at how nice the graphics are during the battles as well, and the cards floating down over your character equipping them with whatever cards you hold is a really, really great idea. It's especially nice that they allow you to skip the set-up of the battle with cards flying around and just get into it.

It's one of a select few games that has a tutorial that doesn't actually feel like a tutorial, to the point that I didn't really realise I was doing one until I finished the first section, and then I got the choice to do the story mode, or the endless mode. I really like that! Although, you do need to unlock the endless mode by playing the story mode to beat the fourth boss card.

Performance at 4K is perfect, no sluggishness detected at all, this game joins a select few again here that are able to run well and look good at 4K.

It has everything I like in a game: A bit of random generation, combat that seems not too far from Shadow of Mordor, cards to mix and match (and you unlock more cards on each successful boss battle) and more. It also has a good balance between text you need to read, and decent voice acting for the dealer.

I actually thought the game was quite easy until I went into the third section, I started to actually take some hits. I imagine it gets slightly harder each time, but I still think Hard Mode would be a good fit for me.

For those who have played before, but haven't dived in for a while the new free updates are quite good. They add new encounters, and when you beat them you get new cards out out of it.

Issues
It turns out SSAO and Anti-aliasing are broken for me, as it suddenly makes the battle area really dark. I asked Samsai to test on AMD, and he didn't have the issue so it's possible it's an Nvidia driver bug, or a bug in how the developers are doing it.

It did also completely freeze on me once, so I have sent a log to the developer. Luckily, it looks like it saves each turn on the table screen, so I was pretty happy about that to have only lost one single battle of my time.

Final thoughts: I have no idea why I waited so long to play this properly, it's simply fantastic. I am genuinely surprised at how great this game is. I liked it so much I forgot to go make breakfast!

I do hope they can find the cause of the issues I had with the graphics options.

About the game (Official)
Deckbuilding comes to life in Hand of Fate!

An infinitely replayable series of quests - earn new cards, build your deck, then try to defeat it!

Beyond the thirteen gates at the end of the world, the game of life and death is played. Draw your cards, play your hand, and discover your fate. Hand of Fate is a hybrid roguelike/action-RPG/deck builder, in which the player builds a set of cards into a deck, which is then used to deal out the dungeon floors through which they adventure. Upon entering a combat, all of the cards the player has collected fly into their hands as fully modeled 3D assets, and combat begins.

Build your deck, enter the world of Hand of Fate, and prepare to face the Ace of Skulls.

QuoteIssues
It turns out SSAO and Anti-aliasing are broken for me, as it suddenly makes the battle area really dark. I asked Samsai to test on AMD, and he didn't have the issue so it's possibly it's an Nvidia driver bug, or a bug in how the developers are doing it.


Was hoping they fixed that by now, apparently not yet. I bought this game on release, it can be really addictive and fun.
0 Likes

View PC info
This game is really great, and I've put quite a few hours into it since release. The 4 free updates add plenty of replay-ability, and that together with the Murder at Sea update from June. I still haven't been able to beat the final battle in the story mode though, still working on that one...
0 Likes

What difficulty level are you doing it on?
0 Likes

What difficulty level are you doing it on?

I've been playing on the "normal" level, but I also tried on apprentice for the final battle. The issue is that it's in multiple "waves" and no chance to get health back in between, unless there's a health regeneration item that I've missed. I've been close a couple of times, so I'll just keep trying I guess.
0 Likes

Liam Dawe 5 Jan, 2016
View PC info
Interesting, I will see if I can complete it on Normal before venturing into Hard Mode to see how I do then heh.
0 Likes

AsavarTzeth 5 Jan, 2016
View PC info
I played it back around release. I too have had the SSAO/Anti-aliasing issue but I managed to play it anyways by going into the settings and changing some to off and others to lower levels. I do not remember any details though.

The game then worked fine for some time, or a few levels. But it always returned once in a while when I entered the battle mode, forcing me to redo the steps above.

Interestingly I don't think it was the reason for me not playing it lately. It was very fun even with those issues.

Liam Dawe 5 Jan, 2016
View PC info
I did just have it freeze up on me once then, but it saved the progress to the last card I finished, so that's nice. I sent a log to the developer.
0 Likes

View PC info
Fun fact: Hand of Fate was the very first game I ever did a Let's Play for on my YouTube channel. I never finished it, though. Eventually, the randomness of the game got to me and the frustration outweighed the fun, so I stopped and never picked it up again. It's definitely an interesting game, though. While no single aspect of the game is unique, nor does it excel at any single aspect, the blend is quite original.
0 Likes
morbius 5 Jan, 2016
I played not long after the release and it seemed ok, but little after the half way it went from boringly easy to frustratingly difficult very fast, so I dropped it and never picked it up again.
0 Likes
1/2»
While you're here, please consider supporting GamingOnLinux on: