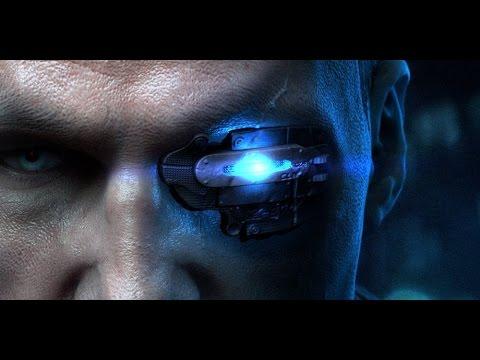 There is no Linux content depot yet by the looks of it, Linux is also not in the "oslist" or anything else. It's very little to go on right now, so I really don't suggest buying it. The usual rule applies: don't buy it until it's actually officially out.

About the game (Official)
The acclaimed First-Person Shooter returns fully upgraded, and more beautifully challenging than ever. Hard Reset Redux is a brand new version of the cyberpunk classic that includes all the content of previous editions, and adds new improved gameplay, enhanced visuals and additional content to make this the Definitive Edition of Hard Reset.

Hard Reset Redux is an action-packed and hardcore single-player shooter which embraces the best qualities that the genre has it offer. It includes over-the-top destruction, loads of enemies, great weapon variety, a challenging campaign and a beautifully realized cyberpunk setting. Having been originally developed to shake-up the shooter scene on PC, Hard Reset now returns to do it again on a new generation of hardware. Article taken from GamingOnLinux.com.
Tags: Action, FPS, Steam, Upcoming
0 Likes
Share

View PC info
Perhaps it will be ported by Knockout Games, just like Shadow Warrior, another Flying Wild Hog game?
2 Likes, Who?

View PC info
If the game is ported by Knockout games the port will be good , I really liked their ports until now. Shadow warrior performance wise is on par with windows and soma the same.
1 Likes, Who?

View PC info
Good, I'll wait for the Linux version to show up. It's released on GOG by the way, and so far nothing is said about Linux there: https://www.gog.com/game/hard_reset_redux
0 Likes

Yes, it's using the same engine I suppose.
1 Likes, Who? 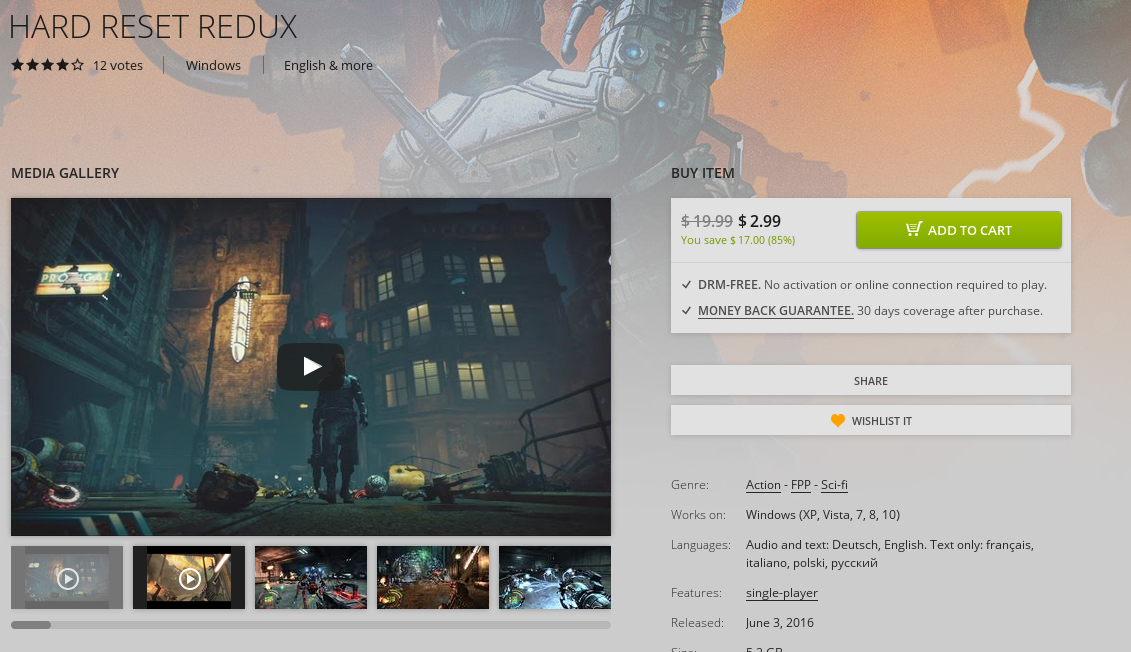 I think discount depends on whether you also have Shadow Warrior in your account.

Anyway, I'm not going to buy it until Linux version will come out.

Quoting: GuestYou get the 85% off on GOG as well if you own the original already (on GOG). I think also if you own Shadow Warrior. Otherwise it's only 10% off.

The original was never released on GOG, so it's a premiere for GOG users. Shadow Warrior discount is correct.
0 Likes

Nyamiou 3 Jun, 2016
It doesn't show up in SteamDB hints, how did you manage to spot that one?
0 Likes
1/4»
While you're here, please consider supporting GamingOnLinux on: