By Liam Dawe - 23 August 2015 at 2:56 pm UTC | Views: 11,086
Hearthlands is a cute city-builder I haven’t really touched since December last year, so I decided to pick it up again today and the progress is amazing.

Check out a little gameplay preview I decided to record: 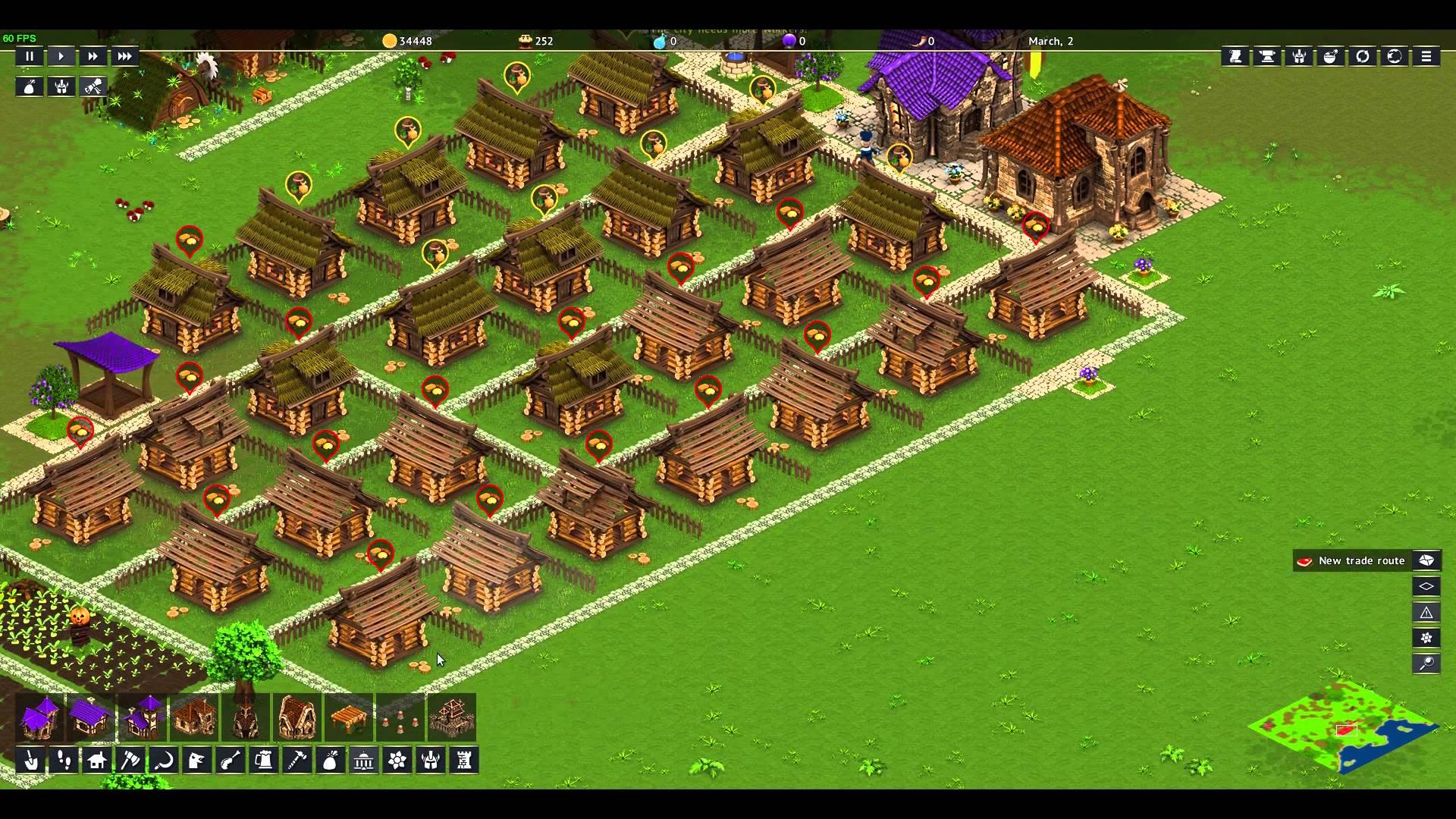 YouTube videos require cookies, you must accept their cookies to view. View cookie preferences.
Accept Cookies & Show   Direct Link
I still have some ways to go to work everything out, including actually building decent sized farms. I didn’t realise until later just how big an area farms can have for their plots.

The game really does remind me of playing the original Settlers as a child, and being absolutely engrossed by it.

I think this is easily one of those hidden gem games that doesn’t get any of the attention it deserves. It’s relaxing, it’s beautiful and it’s already quite well polished.

You can keep an eye on the progress on their blog, and it’s always nice to see the effort they put into the game.

It does have some issues with fullscreen support on Linux with more than one monitor which I have reported, but simply pressing alt+enter and maximising the window works a treat for now.

I recommend giving it a go if it looks like it could be your thing. Remember though, it's Early Access. Article taken from GamingOnLinux.com.
Tags: Early Access, Humble Store, Sandbox, Steam, Strategy
0 Likes
Share

Kurremkarmerruk 23 Aug, 2015
View PC info
It definitely is a City Bilders style game. But it adds some new interesting aspects. There are goblin villages, trolls, ghost mines that all interact with you on your local map. On the larger map there is a dragon, an evil empire and other kingdoms that all either want your gold or want you to support them in some way. It really feels like a living world that responds to your economy. It's a great game and only getting better!
0 Likes

The version of LWJGL that this game uses has a bad bug where upon startup in fullscreen or exit in windowed mode, it will attempt to shut off all but your primary display. (I'm assuming; I only have 2 monitors.) When I was on an AMD card with the r600 gallium driver, it would just shut off my secondary monitor, but now that I've switched to nVidia w/ the proprietary driver, it causes my GUI to wig out so bad when it does this that I have to reboot to fix it.
0 Likes

View PC info
Will probably try it one day; I am still firing up SC2000 from time to time :)
0 Likes
Brian [Linux] 23 Aug, 2015
View PC info
The devs have been great providing updates. I've been following this for a long time and they are always showing a weekly update on their progress.
0 Likes
Skully 24 Aug, 2015
It really is a great game. Been playing it for ages. The devs keep polishing and implementing new features. They also respond to ideas from the community. It's definitely a labor of love.
0 Likes

View PC info
I've had my eye on this for quite a while, pretty much since the Towns debacle. This is one of the games that was recommended as a possible successor that looked promising. Certainly it's got a much better dev involved.
0 Likes

Quoting: KelsI've had my eye on this for quite a while, pretty much since the Towns debacle. This is one of the games that was recommended as a possible successor that looked promising. Certainly it's got a much better dev involved.

The difference here is that Hearthlands is at an already playable state, and the UI doesn't suck!
0 Likes

Pharaoh (which I liked a whole lot) was the first thing that popped into my mind as well. But I seem to have misplaced the CD and don't really use Wine at the moment. So Hearthlands certainly seems interesting for me.
0 Likes

Plintslîcho 3 Sep, 2015
View PC info
I never was really interested in the game, always though it looks to simplistic. Your short article made me change my mind, Liam. I had a look again and finally though that it doesn't look so bad at all. I finally bought the game and am not regretting it. It's indeed cute and quite a lot of fun.