Heavy Gear Assault now on Linux, some thoughts after testing it

Heavy Gear Assault is the Early Access mech combat game built with Unreal Engine 4 and it's now available on Linux. The developers graciously sent over a key, so I had a chance to have a bit of a play with it.

At first look, the game is absolutely gorgeous. It doesn't always look this good, but a lot of it does: 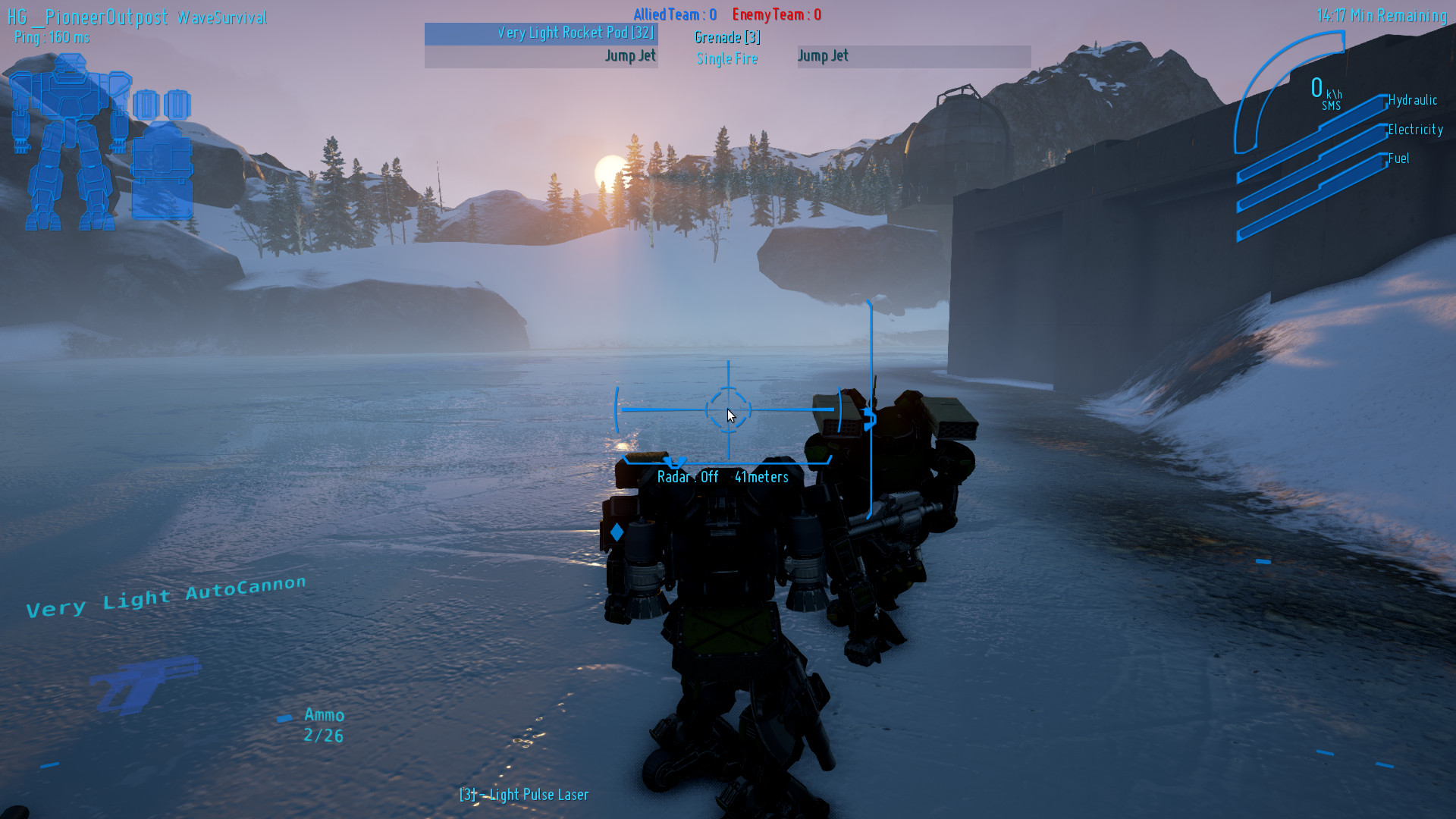 The main problem the game has right now is a lack of players, the servers seem to be basically empty. Due to this, I've only been able to have a limited amount of time with it. I did manage to get a little bit of fun out of the survival mode, were it seems more and more enemy AI mechs just spawn and attempt to take you down.

What I can see is quite impressive though, running through a map in a mech and a sandstorm comes sweeping in was very cool! At least it has some good map variety with sand, snow and so on.

It seems to already have quite a few customisation options, like being able to customise the different parts of mechs to suit your liking: 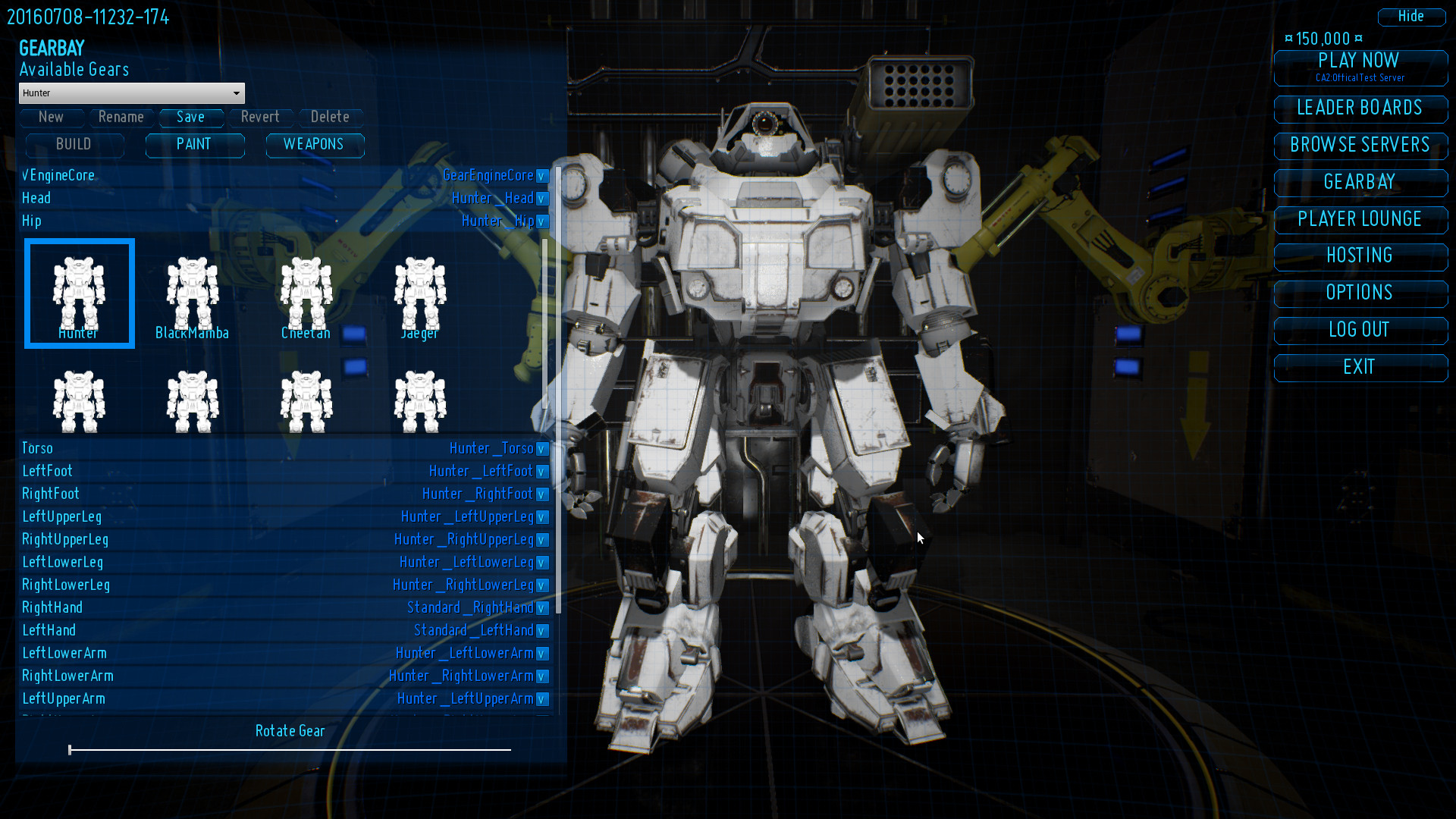 I ended my last match with one hand blown off and my other arm dangling down as the upper arm fixture seemed to be broken. Quite hilarious to see, but apart from my missiles I was rather useless. The per-part damage system will certainly make games interesting.

The control system does feel a little weird. I luckily found another player online who told me the basics of weapon switching which isn't explained anywhere. It's actually quite simple funnily enough. You hit the hotkey, then click left or right mouse button to bring it up in the left or right arm.

That's another part they're going to need to work on, it needs even a basic tutorial on the major parts. They have confirmed to me they're working a tutorial, so that's great news.

Once it gets onto Steam which sounds close, it's going to be awesome to play it properly when the Steam user-base flows into it.

You can see the changelog for their most recent release here.

I plan to keep playing it at each new release to let you know how it's progressing, but I'm rather impressed so far! Article taken from GamingOnLinux.com.
Tags: Early Access, Action, Unreal Engine
0 Likes
We do often include affiliate links to earn us some pennies. We are currently affiliated with GOG, Humble Store and Paradox Interactive. See more here.
About the author - Liam Dawe

View PC info
So no single player?
4 Likes, Who?

QuoteThe main problem the game has right now is a lack of players, the servers seem to be basically empty.

This seems to be a chronic issue with early access multiplayer games with a few exceptions. I have at least four sitting in my library waiting to be populated. Maybe bots are in order?
0 Likes

View PC info
You got me confused with "Early Access", I thought it is available on Steam :(
2 Likes, Who?

View PC info
Well, I had no clue about this game :P

This game would gain much more publicity if it was on Steam or GOG or humble.
1 Likes, Who?

View PC info
Is there a demo of some sorts that I could download? I am not sure it will run on my PC.
0 Likes

Same could be said about any other "store" from Apple, Microsoft, Google, Sony etc.

Steam client is bad, steam client forces you to use 32 bit binary's. Just NOW Store/Community tab in steam client stalled on me when I tried to play youtube video and that happened on Windows, I dont know why they are trying to be a Web browser when they suck at it. Im losing authentication with steam way to often and then I get kicked from multiplayer rounds in some games, fucking DRM, if Steam API/Authentication servers are down every game that depends on them is unplayable. As a guy who plays multiplayer games 90% of the time, that is a big problem.

Please stop propagating Steam because we all will regret it very soon, insist on games that could be played without any third party dependency.
1 Likes, Who?

View PC info
I remember playing the original Heavy Gear 1997 game on windows (I know) which was pretty good for its time. I'll keep my eye on this one.
0 Likes
1/2»
While you're here, please consider supporting GamingOnLinux on: