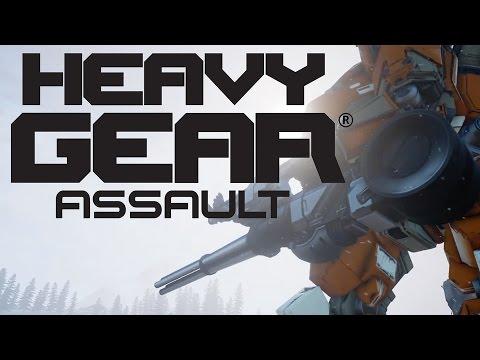 The Steam release of Heavy Gear Assault [Steam, Official Site] has been delayed by Valve. It seems Valve have been so busy the game is currently stuck waiting to be approved.

Heavy Gear Assault is not to be confused with earlier Heavy Gear titles, as it's quite a different beast. It is powered by Unreal Engine 4 and already has some impressive looking graphics.

The developers have posted this update about the situation:

QuoteStompy Bot Productions was set to release Heavy Gear Assault on Steam Early Access December 15th, 2016. What happened? Well, we believe Valve is overwhelmed with the upcoming Winter Sale and other happenings over there and as a result they were unable to give us final approval in time for our launch date despite us giving Steam 7 days for approval. As an end result we are stuck in Steam purgatory and we’re not happy about it! On December 15th, 2016 @4pm PST we released Steam keys to our early backers and alpha testers so they could play our game. Today we’ve decided to release a batch of our free Steam key giveaway for our splash page newsletter subscribers ahead of schedule. We don’t know what’s up at Valve but we will be sure to post an update as soon as we hear from them. #SteamDevPurgatory

Hopefully they won't be waiting too much longer.

I can confirm (as I have a key) that the game does run on Linux and will be supported when it's released into Early Access. That's whenever Valve decide to hit that approval button.

QuoteI can confirm (as I have a key) that the game does run on Linux and will be supported when it's released into Early Access.

It does? Myself and a bunch of others are getting a login error. Did you do anything special to get it working?
0 Likes

View PC info
Nope, didn't need to do anything. There was an update though that I downloaded first.
0 Likes

SirKatar 22 Dec, 2016
View PC info
I'm also getting login error.
It is a problem for Steam users who got a free key. Logs are showing that it is not passing the logged in steam user properly.

It is being looked into, but main priority is getting the game released on steam.
0 Likes

View PC info
I'm getting the login error, too. In the Steam discussions for this game, looks like lots of people are having this issue. They are suggesting stuff like verifying the files but doesn't seem to be working for anyone. I was really looking forward to playing this. Looks like my type of game.

View PC info
Json errors and "incorrect password" errors... On the bright side, this is an opportunity to squash these bugs sooner than later.
0 Likes

Quoting: staticx27They are suggesting stuff like verifying the files but doesn't seem to be working for anyone.

There are always people in forum suggesting re-verifying the files and stuff, no matter what the real problem is, doesn't mean they have the slightest clue - is just kind of trolling from them.
0 Likes
While you're here, please consider supporting GamingOnLinux on: