Hellpoint, the dark sci fi action RPG now has a demo on Steam with Linux support 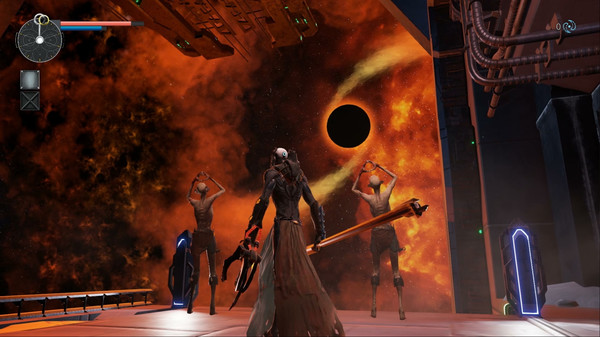 They keep updating the demo too, so this is a new way to keep it up to date. The latest demo adds in a new big boss fight, to show off the action a bit more.

To me, this is another case of a developer really caring about Linux support. They reached out to the community originally to gather testers which went well. So they decided to do the Linux build! They also included a quote from me on their Kickstarter, which I thought was nice.

You can find the demo on Steam here and their Kickstarter here.

They have 6 days left of funding, with quite a bit left to go, so hopefully they will find enough people willing to support them.

If you try out the demo, let me know what you think of it in the comments! Article taken from GamingOnLinux.com.
Tags: Action, Crowdfunding, Demo, RPG, Steam
6 Likes
Share

View PC info
I was getting 40-50 fps but it was stuttering/hitching bad. Felt like I was getting 10-20 fps. I would advise anyone with good or bad fps to let them know on the steam forums, they're trying to see what optimization needs to be done.

I backed the kickstarter, really like their attitude.
0 Likes

View PC info
I found the controls and the pace quite bad, i quite after about 20 minutes, but still it's nice to see some Linux love.
0 Likes

View PC info
OK, no chance for me to get the demo, but the tailer looks very interesting, plus, the official site features the GOG Logo. I'll keep an eye on this!
0 Likes

View PC info
Nice to see a game that uses multi cores for a change, 100 + fps @ 1440p . Does seem slow paced but not a big player of these types of games.

Quite liked it tbh. Will keep an eye on this
0 Likes

View PC info
I found that it worked well on my machine (i7 4790 with GTX 1060) and I really enjoyed the gameplay. Steam Controller worked well on it too. I supported it at the $59 level and hope they get it done.

It is disappointing that there's 4K support on Windows but only 1080p support on Linux. I'm Kickstarting it for the Linux support but unless this changes I'll end up (*shock*) playing it on Windows.
0 Likes

View PC info
I appreciate the Linux demo and the fact that they mention DRM-free release from the start!
0 Likes

View PC info
Hellpoint is funded!! reach the 50,000 CA$. with 21 hours to go!. Sorry for my English
0 Likes
While you're here, please consider supporting GamingOnLinux on: