Here's a way to fix the broken water in ARK: Survival Evolved on Linux

The water in ARK: Survival Evolved [Steam] is broken on certain maps, instead of water you see some horrible plain brown texture. It seems the developers have finally acknowledged it and here's a temp fix.

Here's what the developer said on September 16th:

This is on our to-do list, we will be resolving this, as well as taking a look at the other Mac and Linux graphical issues. I don't have a timeline for it right now, it will be when an engineer is available, but we haven't forgotten, in addition to taking a look at working with Vulcan in the future. Thank you guys for being so patient, I understand how frustrating it is so we'll look at taking care of this as soon as possible.

Also, it turns out there is a temporary workaround to get water looking nice again. Since it's not actually an issue on all maps. With thanks to this post on the ARK forum, here's what to do.

First, you need to have "The Center - ARK Expansion Map" (free) installed. Annoyingly, all the normal methods of trying to install it failed, they just loaded ARK or showed me the Steam page for the free DLC inside the in-game overlay and nothing happened. I tried many other ways, but the only thing that worked was opting into the Steam Beta Client which somehow suddenly made it work.

Here's how the water looks right now on maps like The Island: 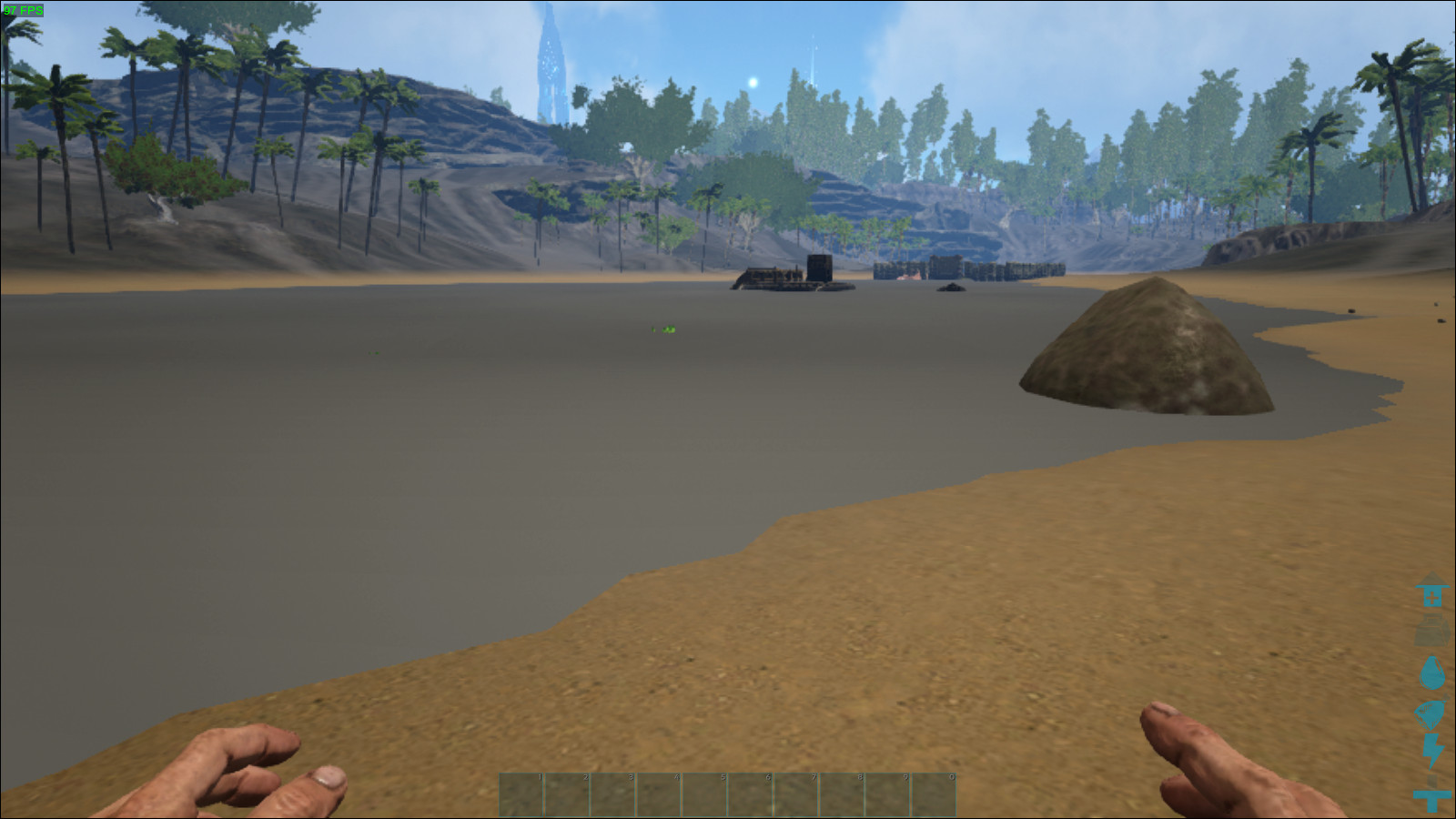 Not pretty is it?

How to fix the water

First, open up the install folder for ARK. If you don't know where it is: right click on ARK, go to properties, click the local files tab and click the browse local files button.

Once you have The Center installed, copy this file:

Overwrite this file with the one above:

You should then see the water fixed. Here's a shot I took on our ARK server after doing the above: 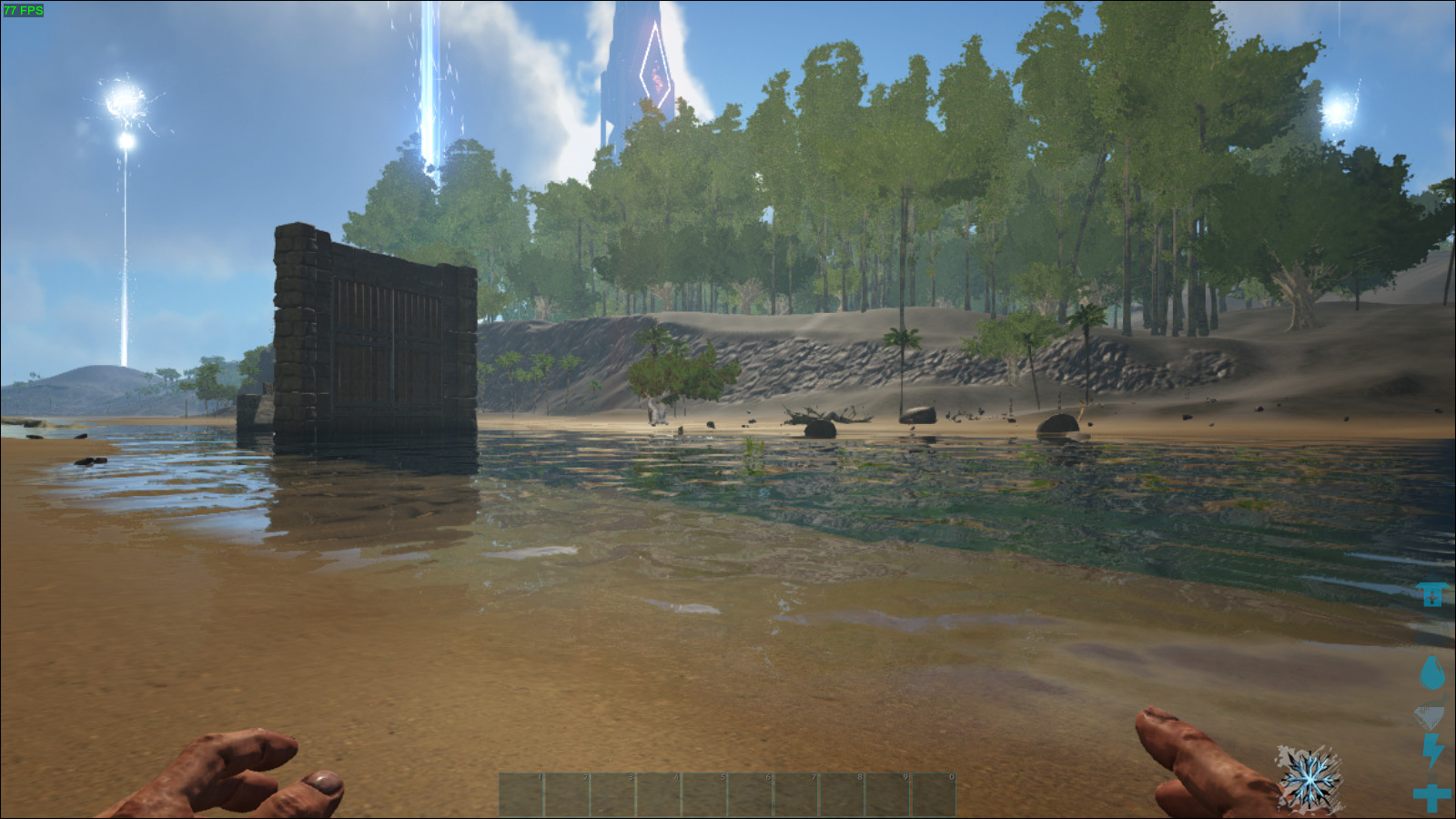 You might need to repeat that on updates, after verifying files (which would see it as wrong) and so on. It's a temp fix until the developers actually sort it out.

It's pretty nuts that we have to go to such lengths, with this bug being well known for months. To have a temp fix of replacing one file with another, that the developer could likely just do themselves in the main build. I find that utterly shocking.

Article taken from GamingOnLinux.com.
Tags: HOWTO, Steam
14 Likes, Who?
We do often include affiliate links to earn us some pennies. We are currently affiliated with GOG and Humble Store. See more here.
About the author - Liam Dawe

View PC info
Yeah Liam, but this isn't only shocking, it's pathetic of them.

I always suspected that ARK devs didn't prioritize bug fixing, and specially not on the Linux version.

View PC info
And also Mr. Developer, Vulkan, as in the Vulkan graphics API is spelled with 'k', not 'c'.
1 Likes, Who?

View PC info
Worked like a charm... thank you for sharing! (Of course there is still a myriad of graphical weirdness going on, such as the random shafts of light that appear sporadically above the water)
0 Likes

Very early in it's development, they promised dx12 support, and for years their changelog said something like 'Coming soon: dx12'. I lost interest in ARK a long time ago, but I'm not sure dx12 ever came, and even if it has dx12 now, it took a ridiculous amount of time.
0 Likes
Gnurfos 13 Oct, 2017
At this point, I'm wondering whether they have full time engineers working on the game, or even developers at all (if there is a difference). Despite the promises, I'm not putting a lot of hope in getting Linux fixes any time soon ... much less something like Vulkan.
0 Likes

Ketil 13 Oct, 2017
View PC info
Thanks a lot for sharing. Had to redownload The Center though. ARK is so pretty now on the higher graphics settings on nvidia.
0 Likes

View PC info
This does solve the water issue but I still get a lot of segfaults. It's a shame because it was my favourite game ;(

Edit: what makes it unplayable is that each time it crashes it resets the save so it doesn't matter what I do nothing will be saved...

Edit2: bruh, the cause of the crashes was wrong file mods(600) in my saves directory...