Heroes of Hammerwatch, a roguelike hack and slash RPG/adventure game that should see Linux support

Heroes of Hammerwatch [Official Site] isn't quite Hammerwatch 2, but it this roguelike hack and slash RPG/adventure game should release for Linux.

I know there's a number of Hammerwatch fans in our readership, so hopefully this will be interesting for you!

It was announced last month, which I somehow completely missed. I didn't see any platform release information so I reached out to the developer about a Linux version and they said:

Yes, it's what we're aiming for!

Great to get confirmation and even better that it should be on Linux.

Okay, but what will it feature?

Feast your eyes on some screenshots, click to enlarge: 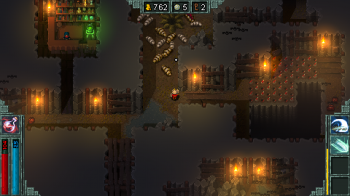 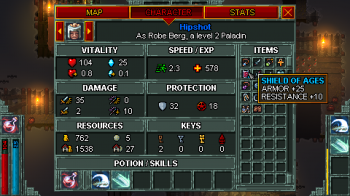 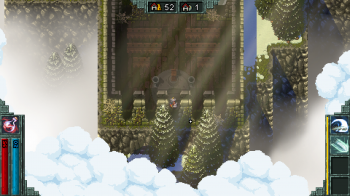 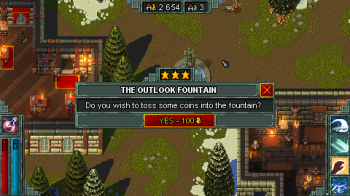 They plan to release it in "Q1 2018" with seemingly no firm date set just yet.

Also, they've said they have a patch for the original Hammerwatch in development which will overhaul some character art, add in a new class and balance changes. They hope to release that patch "at some point".

On top of that, it seems news of Hammerwatch 2 is due soon as well! You can read all about it in this post on Steam.

Article taken from GamingOnLinux.com.
Tags: Action, Indie Game, Roguelike, RPG, Upcoming
6 Likes, Who?
We do often include affiliate links to earn us some pennies. We are currently affiliated with GOG and Humble Store. See more here.
About the author - Liam Dawe

View PC info
Hammerwatch is awesome, and one of my favorite co-op games. Here's to hoping this is just as excellent!
0 Likes

hagabaka 6 Oct, 2017
View PC info
I loved Hammerwatch but I suck at dodging, so "persistent heroes" sounds great!
0 Likes
torham 6 Oct, 2017
I sure hope this one allows for DRM-Free LAN play, unlike the Serious Sam spin-off.
1 Likes, Who?

Quoting: torhamI sure hope this one allows for DRM-Free LAN play, unlike the Serious Sam spin-off.

Sweet, I had 1) forgotten about this game (Serious Sam's Bogus Detour). and 2) Didn't realize it was for Linux!

Threw it on my wish list. Damnit... I need to stop buying so many games... This one looks brilliant though. Loved hammerwatch, that's for sure.
0 Likes
While you're here, please consider supporting GamingOnLinux on: