Hexa Trains, an economic sim based on planets made from hexagons to release in October

Developed by Game Studio Abraham Stolk who previously made The Little Crane That Could, Hexa Trains is an economic sim that looks rather interesting with planets full of hexagons.

The developer actually tried to gather funding on Kickstarter, which sadly failed to be successful but they've managed to continue developing it towards a release. Someone else I find interesting, is that they do Linux first with the game ported to Windows using their own SDL2 and OpenGL game engine.

Currently it seems to not have a proper trailer but the developer does have this longer gameplay video with them chatting about it available: 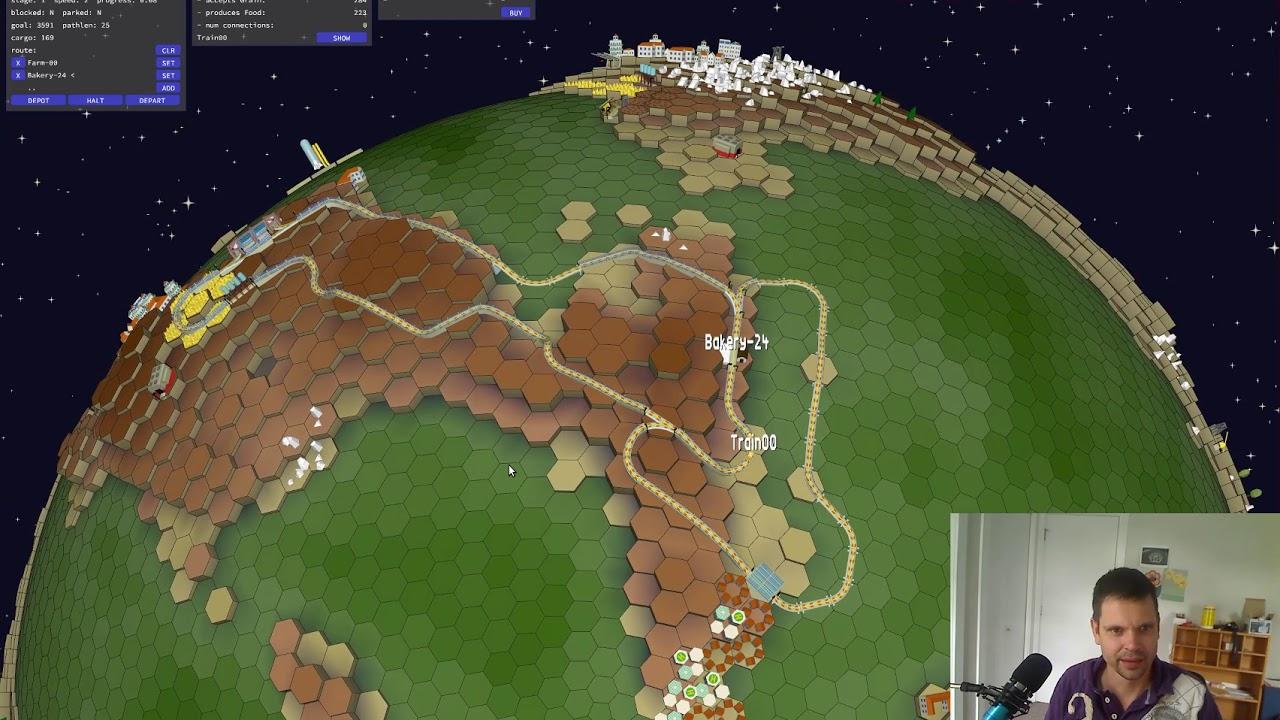 Seems quite interesting and a little unusual with the setting. You will be responsible for laying all the tracks, ensuring the economy runs smoothly with supplying goods to various industries. You're not stuck with a single planet either, as there's a moon you will also need to deal with. I will admit sending over rockets did look pretty sweet.

You can wishlist and follow it on Steam, releasing October 7th.

View PC info
I like this!
That Space Shuttle Train @20:00

Simming transport *on a planet* means that seasons could become a gameplay element.
0 Likes
bram 27 Aug, 2019

Thank you for the shout out, Liam.

I appreciate it!
Once there is a beta, I'll try to revisit here, to see if there are interested testers.
0 Likes
While you're here, please consider supporting GamingOnLinux on: