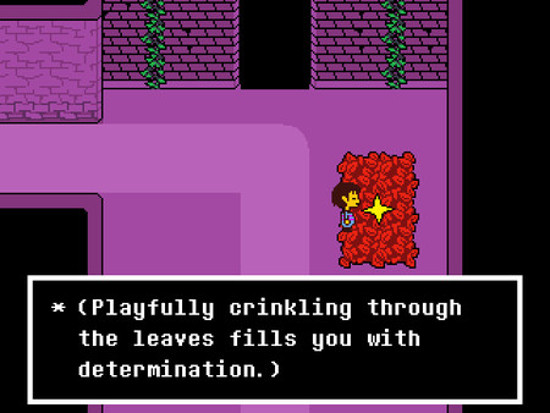 Undertale, a very popular 2D indie RPG looks like it's coming to Linux. It has 'Overwhelmingly Positive' reviews overall on Steam, so that's something.

A user on the Steam forum had an email chat with the developer, who asked for Linux testers (he has enough now). So hopefully the testing goes well and we get another popular game soon.

About the game (Official)
Welcome to UNDERTALE. In this RPG, you control a human who falls underground into the world of monsters. Now you must find your way out... or stay trapped forever.

- Killing is unnecessary: negotiate out of danger using the unique battle system.
- Time your attacks for extra damage, then dodge enemy attacks in a style reminiscent of top-down shooters.
- Original art and soundtrack brimming with personality.
- Soulful, character-rich story with an emphasis on humor.
- Created mostly by one person.
- Become friends with all of the bosses!
- At least 5 dogs.
- You can date a skeleton.
- Hmmm... now there are 6 dogs...?
- Maybe you won't want to date the skeleton.
- I thought I found a 7th dog, but it was actually just the 3rd dog.
- If you play this game, can you count the dogs for me...? I'm not good at it.

I might have to try it based on the fun sounding feature list, and how well reviewed by everyone it is. Article taken from GamingOnLinux.com.
Tags: Indie Game, RPG, Steam
0 Likes
Share

An amazing game for anybody who feels like they aren't yet entirely bitter and numb to the world around them.

I already finished it under wine.

An amazing game for anybody who feels like they aren't yet entirely bitter and numb to the world around them.

I already finished it under wine.

Yeah, same here! Would recommend to anyone!
0 Likes

View PC info
I've been so looking forward to this. It's pretty much impossible to avoid spoilers for this game, but I've been trying my best to make it a fresh experience. I haven't even listened to the soundtrack, and people say that's one of the best parts!

View PC info
My only interest is because of the hype (doesn't mean I'll buy it). I don't buy very many 2D games because I think they're overdone. Hello, I have powerful gaming machines and I want nice visuals. I do own a couple 2D games that were released in the last 5 years or so, but not a lot. That said, I'm glad to see that this one is coming to Linux. When I saw a Steam friend playing it this weekend, I looked at the game's store page and was a little surprised that it wasn't on Linux. I stopped looking at it after that.
1 Likes, Who?
inqtr 18 Jan, 2016
From a certain point of view, the native version already exists; you simply need to extract the game files and copy the generic runner executable from Game Maker: Studio. Alas, the linux runner is only available in the full version of GM:S, making it rather expensive to obtain (unless you are willing to run the dubious copies floating around on reddit).
In theory, the runner executable of some other GM game should do the job, but again it is not easy to find the right one because the versions have to match (for example, the runner of the free BLACKHOLE demo from Steam crashes right after starting).
0 Likes

I have no clue where you heard this but as far as I know, it's not true.

This is almost entirely work of Toby Fox, who worked with Andrew Hussie as a music producer, but as far as I know, that's where direct interaction between them ends.

Of course, Toby Fox was quite famous within the Homestuck community and there's a considerable demographic overlap between Homestuck and Undertale, as both revel in brutalizing existing genres of games and pop culture. But as far as I know, Hussie isn't directly involved in any way whatsoever.
0 Likes
1/2»
While you're here, please consider supporting GamingOnLinux on: