Holy Potatoes! A Weapon Shop?! Tested on Linux with some thoughts on the gameplay 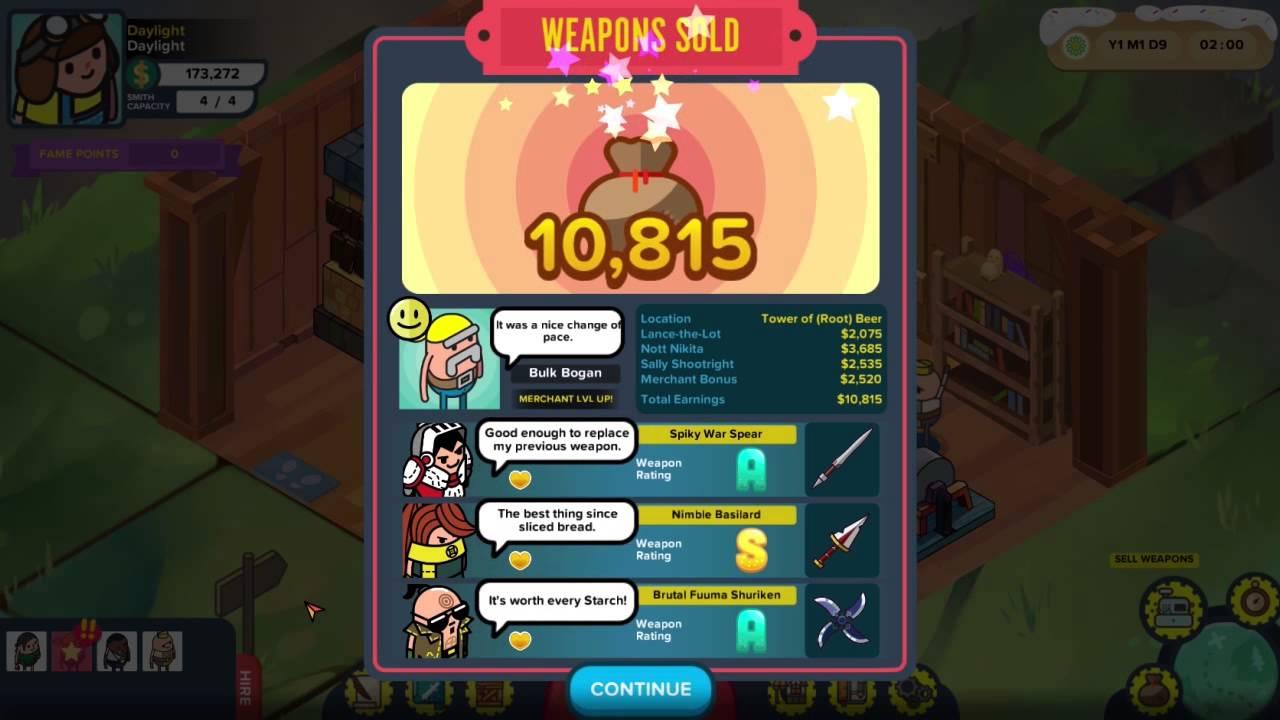 YouTube videos require cookies, you must accept their cookies to view. View cookie preferences.
Accept Cookies & Show   Direct Link
Holy Potatoes! A Weapon Shop?! That has to be one of the wackiest titles I've ever seen, and the developers kindly sent in a key for me to give it a go.

Honestly, it was one I personally wanted to try out for ages, but something always go in the way. I finally sat down, and pushed myself to do it (thanks to the developer for the key!).

Some thoughts
It has some of the cheeriest music I've ever heard in a main menu! That's a good start I guess. The cheery atmosphere continues during the first part of the game, and it seems like it's really easy to get into. It reminds me of some mobile games I've played on Android, and that had me quite worried at the start.

It's a bit of a weird game really, it's full of puns and nice crisp graphics, but there seems to be a big lack of things to actually do. A lot of your time is spent waiting for things to be done, then you do something, and end up waiting again. This puts me back to my initial point of it reminding me of a mobile game.

You're essentially in charge of a shop of talking potatoes making weapons, you decide what weapons to make, who to go and sell it and so on.

The good thing is that you can speed the game up, so you're not always waiting for what feels like forever. If it didn't have the ability to speed the game up, I don't think I would have lasted as long as I did. The first half an hour was particularly annoying, as you really are repeating almost exactly the same thing over and over, and I just don't find that fun.

The rest of the game seems very much the same, and it all feels very static. The world doesn't really seem very alive, as a lot of your time is spent clicking through the different menus. If there was more going on, and more to do on the main shop screen it could have been a lot more interesting to actually play.

The dialogue redeems parts of the game, as it's really nicely done and has made me chuckle here and there: 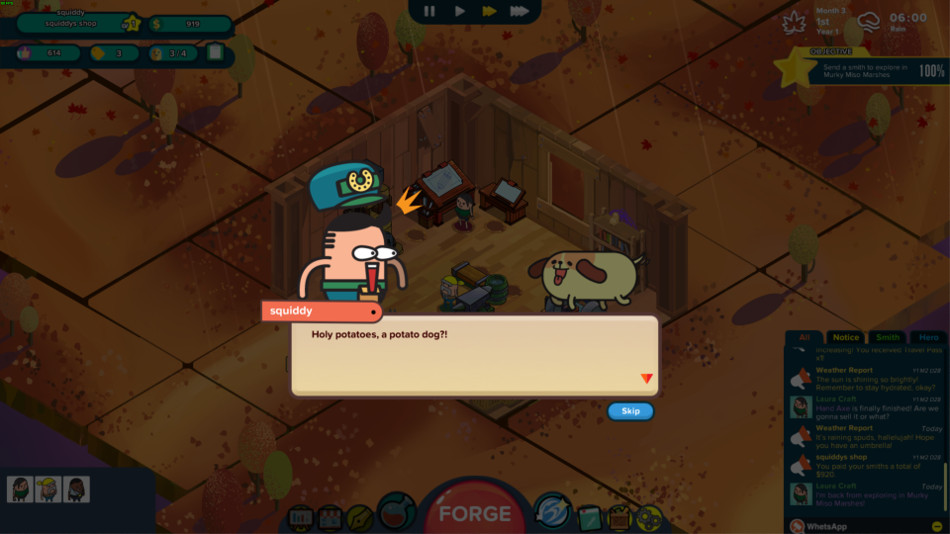 The fact that I could name my potato dog after our editor Samsai was quite hilarious with the dialogue that comes along:


There are things that annoyed me about it, like buying materials. Instead of having an easy slider to load up on lots of material, you have to manually click the plus sign constantly, and damn it gets annoying.

Another really annoying part is a lot of pop-up sections that tell you a new feature that was unlocked vanish far too quickly. I'm a pretty fast reader, but this is silly timing with them.

It seems to work fine though, and I didn't come across any bugs that I could tell.

Final thoughts: It's a cute looking game, but it's very much a click here, now click here, now click here, now wait. Repeat. It's an interestingly themed time killer, but not much more than that. I don't hate it, but I just can't see myself playing it all that much. Article taken from GamingOnLinux.com.
Tags: Casual, Indie Game, Initial Thoughts, Review, Simulation, Steam
0 Likes
We do often include affiliate links to earn us some pennies. We are currently affiliated with GOG, Humble Store and Paradox Interactive. See more here.
About the author - Liam Dawe