Horizon Chase Turbo is a super smooth and fun retro-inspired racer, now out with Linux support

Honestly, I'm amazed games like Horizon Chase Turbo [Official Site] are still made. A retro-inspired racer that's not only super smooth, but damn fun too.

Developed by Aquiris Game Studio, the same studio that gave us the online FPS Ballistic Overkill, Horizon Chase Turbo is inspired by the likes of Out Run, Lotus Turbo Challenge and more. The inspiration is extremely clear while playing it, but that doesn't detract from the experience, if anything it's made me enjoy it even more. It's like Aquiris reached into my mind and plucked out parts of racers I liked when I was younger. 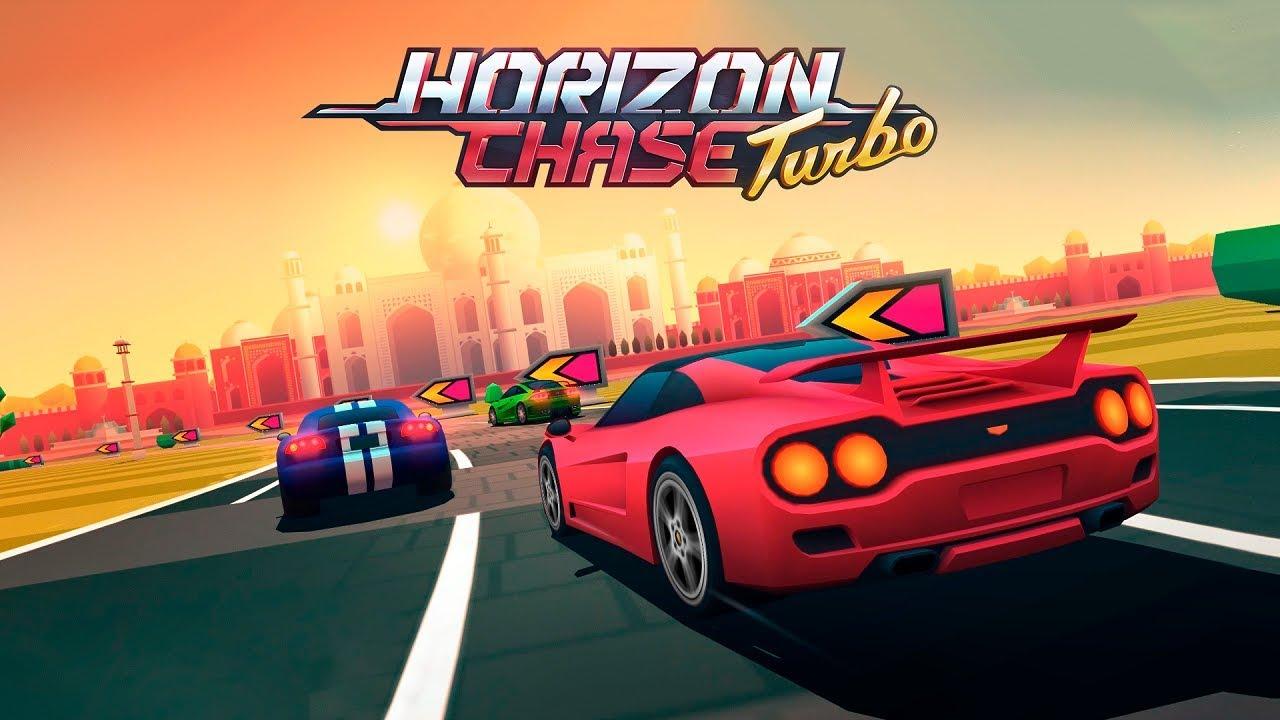 It includes modern touches of course, like leaderboards to enable you to see how amazing you are compared to your friends and the world. There's also has split-screen support for up to four players. It even includes some tunes by none other than Barry Leitch, a well-known video game music composer who worked on quite a lot of classic titles.

In terms of content, there's surprisingly quite a bit. Not just in terms of tracks, of which there's 109, but there's a healthy dose of 31 cars to unlock as well. There's even upgrades for your cars, so there's a lot to appreciate.

The Linux version runs beautifully, although to get the Steam Controller to work properly you do need to manually pick it in the options menu. Select your player, then hover over "Input Device", hit a button and you're good to go. It will detect it as a generic controller and show keyboard prompts in some places, but it works fine. It works before then to be fair, but it doesn't give you any controller prompts until you do so.

You can find Horizon Chase Turbo on Steam now. Honestly, it's a little gem.

View PC info
@Liam: Do you have to chase some gangsters or be chased by police at some points? if so = <3

Instabuy for me
1 Likes, Who?

View PC info
Slipstream is also releasing on the 21th.

View PC info
Does it feature some kind of story/career mode?
0 Likes

View PC info
I'm afraid to even try any of these retro racers. I loved them as a kid back when they weren't retro, but now even watching a video makes me grind my teeth at the stupid physics.


Quoting: Geppeto35@Liam: Do you have to chase some gangsters or be chased by police at some points? if so = <3

Whaaat? Am I really the only one who lost interest in the NFS series after they introduced police chases in the third installment?
0 Likes

View PC info
@tuubi I guess the point of these games is to find the right amount of breaking and turning to sneak into the gaps between opponents, not so much actually doing any driving.

@Geppeto35: There's no gangster chasing in it (at least there wasn't in the Android version). Were you thinking along the lines of something like Chase H.Q.? :)
1 Likes, Who?

View PC info
Mmm wishlisted blastic overkill was fun until the community for it died off and it ran so well so they know how to linux.
0 Likes

View PC info
It's a shame it doesn't seem to have real-time online multiplayer. You can only race against a ghost car of your friends.

I still want it though :D
0 Likes

Quoting: psy-q@tuubi I guess the point of these games is to find the right amount of breaking and turning to sneak into the gaps between opponents, not so much actually doing any driving.

@Geppeto35: There's no gangster chasing in it (at least there wasn't in the Android version). Were you thinking along the lines of something like Chase H.Q.? :)

yes, considering the title, I was thinking of Chase HQ ^^

Quoting: tuubiWhaaat? Am I really the only one who lost interest in the NFS series after they introduced police chases in the third installment?

Police chases are about the only thing that can still make me interested in racing games for more than a few minutes, so vastly different experience here :)

That said, I don't think I've seen any other game that does it, so I don't actually own any racing game at the moment.
0 Likes
1/2»
While you're here, please consider supporting GamingOnLinux on: