Humble Bundle Let Staff Go Due To Being Too Ambitious 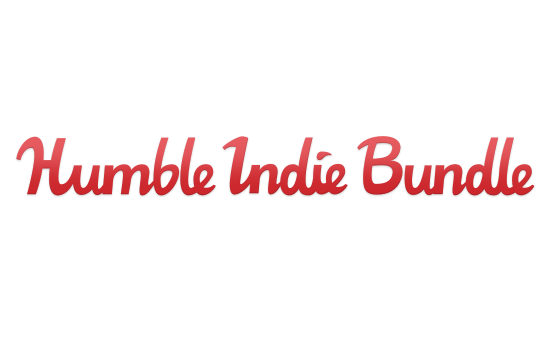 I didn't expect to read this any time soon! Humble Bundle has laid off 12 people (20% of their staff) due to being over ambitious with their previous hiring. writes Polygon.

It's not as bad as it may seem though, as the CEO did state to Polygon that they have seen "strong revenue", so it looks like things are still going pretty well for them. I'm sure the CEO is sitting in a tidy amount of money now anyway, but all companies need to do cost-cutting exercises now and then.

Hopefully they can deliver more proper Humble Indie Bundle's, but they are still hitting far short of what they used to. I wonder if it's due to them doing so many different types of bundles now that it's not as magical as it once was. It's now a very normal thing to see an indie bundle, and I personally didn't pick up the last Indie bundle due to owning all the games. I don't go rushing out to buy each bundle as they come in, when I once did as well. I imagine that's the case for quite a few people.

Thanks for the info Till. Article taken from GamingOnLinux.com.
Tags: Editorial
0 Likes
Share

Eike 14 Oct, 2015
View PC info
I was eagerly waiting on Humble Bundles once upon a time. Now, I'm much more reluctant. Too many games from bundles I never actually played, and too much good stuff without the bundles nowadays. The last Humble Bundle I bought was back in March.
0 Likes

toni 14 Oct, 2015
View PC info
I have to admit I only buy HIB, mostly due they're the only Humble bundles that ensure linux ports, and I have bought them all. I havent' bought other boundles (even when they where really nice like the last from capcom) because they don't have linux version.

In any case, a pity for those layed off.

Btw, Humble bundle were the same that were making overgrowth IIRC, what happens with that game? have they focused all their effort on HB and leaving Overgrowth as a side project?
1 Likes, Who?

Sabun 14 Oct, 2015
View PC info
There's rarely any magic left in them as they're just a standard bundle company now. Once upon a time they were a pinnacle for pushing Linux and Mac ports, where everyone else was just selling Windows-only and didn't care about the actual games they were selling.

To top it off they were doing charity, bringing to the public eye games that were actually fun/well-made but not that well known, and were passionate about it.

After the first Humble Origin Bundle, they've pretty much just become a staple for naughty corporations that are seeking sympathy/impulse sales before annual earnings reports or PR.

This latest Capcom one is just another EA-like bundle. I still appreciate their Indie bundles, but it's clear they're keeping those around so that they don't lose too many of their original customers at this point.

I don't hate them, and they're still doing wonderful things for charity but it's clear they're treating it only as business now. I wish them the best still, as we go forward nothing stays the same anymore.
11 Likes, Who?

View PC info
Hum, what to say. I bought all HIBs so far, and really praise what they did for Linux gaming. I also bought quite some games from the store (once it was up), plus some extra bundles if they supported all Linux DRM free.
I never really cared about the charity thing. Not that it prevents me from buying - but sometimes I set their shar to zero, to increase the amount that goes to the developers, which I regard more important.

Nowadays, the usefulness of humble is (for me) quite reduced. Almost all bundles except the HIBs lack Linux support and/or DRM-free download, and also the store (for me too) often only offers steam keys. In that respect I have to add that I had contacted the support (which BTW is indeed quite responsive and helpful), and they said that it's the choice of the publisher which types they may sell. So maybe not their fault, but the outcome is the same: I don't buy....

I still look at their offers regularly, and really hope they manage to stay around, as there has to be some counterweight to Valve. Fortunately GOG seems doing well. But the more, the better...
3 Likes, Who?

boltronics 14 Oct, 2015
View PC info
@Sabun Don't forget the other awesome thing about Humble Bundles - Bitcoin payments. You could buy any bundle, or even make store purchases all with Bitcoin. Not anymore though. Right now for example, of the four bundles available, only the book and mobile bundles - the two least interesting bundles IMO - accept Bitcoin payments.

View PC info
Lately I dislike buying games in bundles, because I noticed I rarely have time to play all of them, and they are just sitting in my account never used. So I prefer to focus only on games I'm really interested in, and buy them directly (mostly on GOG).

Quoting: boltronicsDon't forget the other awesome thing about Humble Bundles - Bitcoin payments. You could buy any bundle, or even make store purchases all with Bitcoin.

I did not know that. Nice!
0 Likes

Unfortunately buying HIB is now more work than fun for me. I have to wait one week to see all the games that are in the bundle, then if there are interesting games I pay once to charity only in order to be able to try the games, then after trying them I can decide how much I will pay the devs (depending if the game works or not, is fun or not), and I have to pay a second time.

Much more easy on Steam: if I see an interesting game at a reasonable price, I buy it; if it doesn’t work or isn’t fun, I ask for a refund. Done.

In the latest bundle only QUBE was interesting to me (I had most of the other games already), but I saw it had some issues in the Steam forums, so I decided to wait and buy it on Steam later.
0 Likes

Quoting: stanMuch more easy on Steam: if I see an interesting game at a reasonable price, I buy it; if it doesn’t work or isn’t fun, I ask for a refund. Done.

You can do the same on the humble store.

Quoting: stanIn the latest bundle only QUBE was interesting to me (I had most of the other games already), but I saw it had some issues in the Steam forums, so I decided to wait and buy it on Steam later.